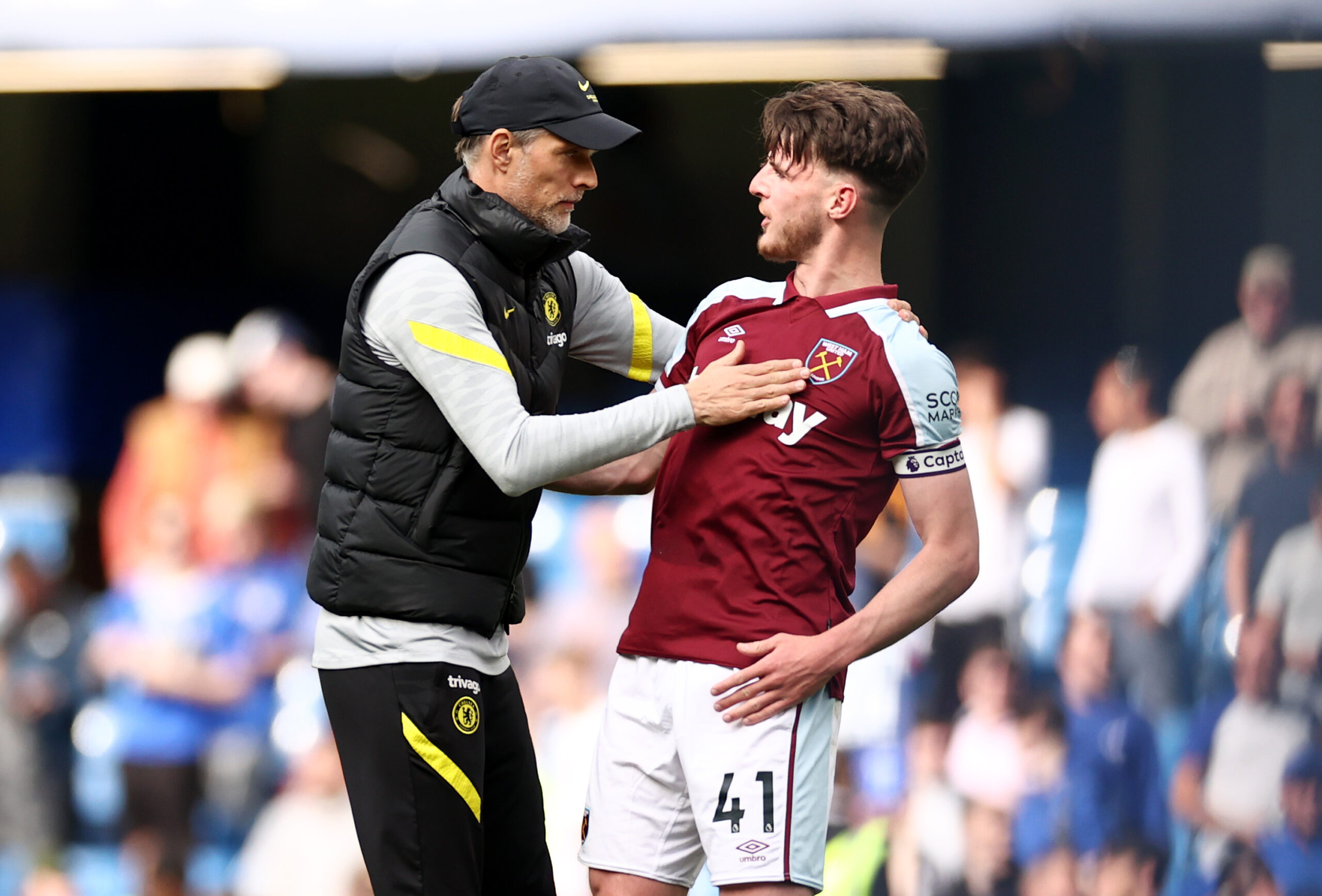 Declan Rice’s future has been thrown into doubt after reports emerged that he has turned down a contract extension offer for the third time from West Ham United.

The English midfielder appears to be keen on an exit this summer, with Chelsea and Manchester United touted as potential destinations.

Blues gaffer Thomas Tuchel has now spurred the speculations by lavishing praise on Rice, who was brought through the club’s youth ranks.

When asked how much he rates the 23-year-old, the German gaffer replied (h/t The Sun): “Very highly.”

Tuchel added: “He seems to be a very nice guy from what everybody tells me and is from the Chelsea academy, and he proves this [his quality].

“That’s the most important thing. It feels like he plays every single game.

“He is available, is captain, plays with a lot of responsibility, is a physical player, very strategic-minded player, a key player for his team, and is strong at set-pieces.

“This is not a surprise. Everybody sees this. He is a huge part of the success of West Ham and it is impressive.”

However, the ball looks to be in West Ham’s court as Rice’s contract expires only in 2024, and they are demanding a record fee of around £150 million to part ways with their star midfielder.

Hammers manager David Moyes had earlier insisted that the Three Lions midfielder was not for sale in the summer.

The situation is similar to that of Harry Kane, who tried to force out an exit from Tottenham Hotspur last summer to join Manchester City, but to no avail in the end due to the fact he had three years left in his contract.