Paris Saint-Germain Season Review: They have won, but at what cost? 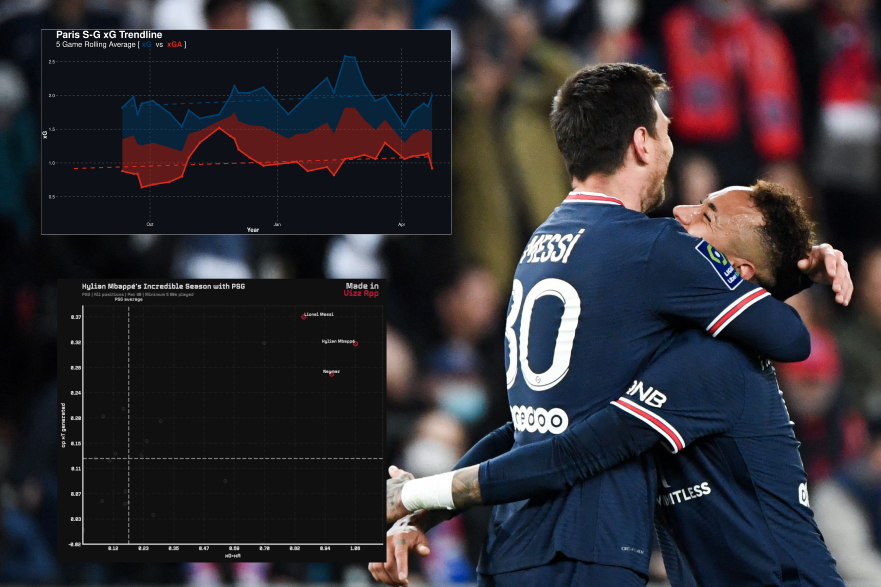 Paris Saint-Germain lifted their eighth Ligue 1 title in the last ten years after their 1-1 draw with Lens, but the Parc de Princes was hardly celebrating as large sections of the stadium were empty, with the ultras leaving fifteen minutes before full-time as they continued to protest the way the club is being run.

Without a doubt, this has been a season of disappointment for Paris Saint-Germain. They would have given anything to finally break their Champions League curse, but that was not to be as Real Madrid knocked them out of the Round of 16. With no spot in the Coupe de France final either, PSG’s season is effectively over already, so this is a good time to look back at it.

There was lots of optimism in the French capital last summer as PSG went big in the transfer window and signed big-name stars such as Lionel Messi and Sergio Ramos, while also making shrewd signings to bring Gianluigi Donnarumma, Achraf Hakimi and Nuno Mendes to France. With no major departures to speak of, they had assembled a superteam.

Although they paid just around €90 million in transfer fees for these players, that number multiples manifold when you factor in salaries. So, this was a very expensive window for PSG, not that money is much of a concern for their owners though.

Unsurprisingly, this team was able to walk away with the Ligue 1 title without breaking a sweat. In fact, they never ceded the top spot after claiming it on the third matchday.

Things do not look so stable when reviewing PSG’s season through the lens of their underlying numbers. Their defensive numbers were poor around November but recovered before the winter break, while their attack only peaked around the time of their Champions League elimination.

The second part is perhaps the most frustrating thing for them. Their fearsome trio of Messi, Kylian Mbappé and Neymar have 69 Ligue 1 goal involvements between them so far this season, but over 36% of them have come after the loss to Real Madrid as they only truly began to click after that.

Mbappé alone is responsible for just a little under half of PSG’s 76 league goals as he has 22 goals and 14 assists. The French international has also started more matches and played more minutes in the league than any of his teammates and has been their star performer by far. His underlying numbers are just as impressive, as he has the highest xG+xA per 90 average in the league.

This is very concerning for PSG because Mbappé’s contract expires this summer, and no one — perhaps not even the player himself — can claim to know his next step with certainty. Looking at their reliance on him this season, it is clear that his potential departure would be a massive setback in PSG’s project — one which they might need years to recover from.

Another man who might not be in the French capital next season is Mauricio Pochettino, as reports have emerged that both he and the PSG board want to part ways. It certainly would be harsh to blame him alone for the club’s Champions League failure this season, because he was given a very rigid framework to work with.

Undoubtedly, the higher-ups would have expected to see Messi, Mbappé and Neymar start all the big matches, but this trio can be a massive defensive liability at times. This was clear as early as the Champions League group stages, but there was very little Pochettino could do to solve this. This did not prove to be much of an issue in the league where PSG average over 60% of possession, but against big sides that can go toe-to-toe with them in the Champions League, it was a different story.

Replacing Pochettino is possible, though, so this should not be Paris Saint-Germain’s main worry for next season. Replacing Mbappé is incredibly difficult, and based on PSG’s sporting decision-making history, near impossible for them, so the club must do everything within their power to get Mbappé to sign a contract extension.

If he does leave, this season could well have been PSG’s last serious chance to win the Champions League for the foreseeable future, and that would make their defeat to Real Madrid even more bitter.