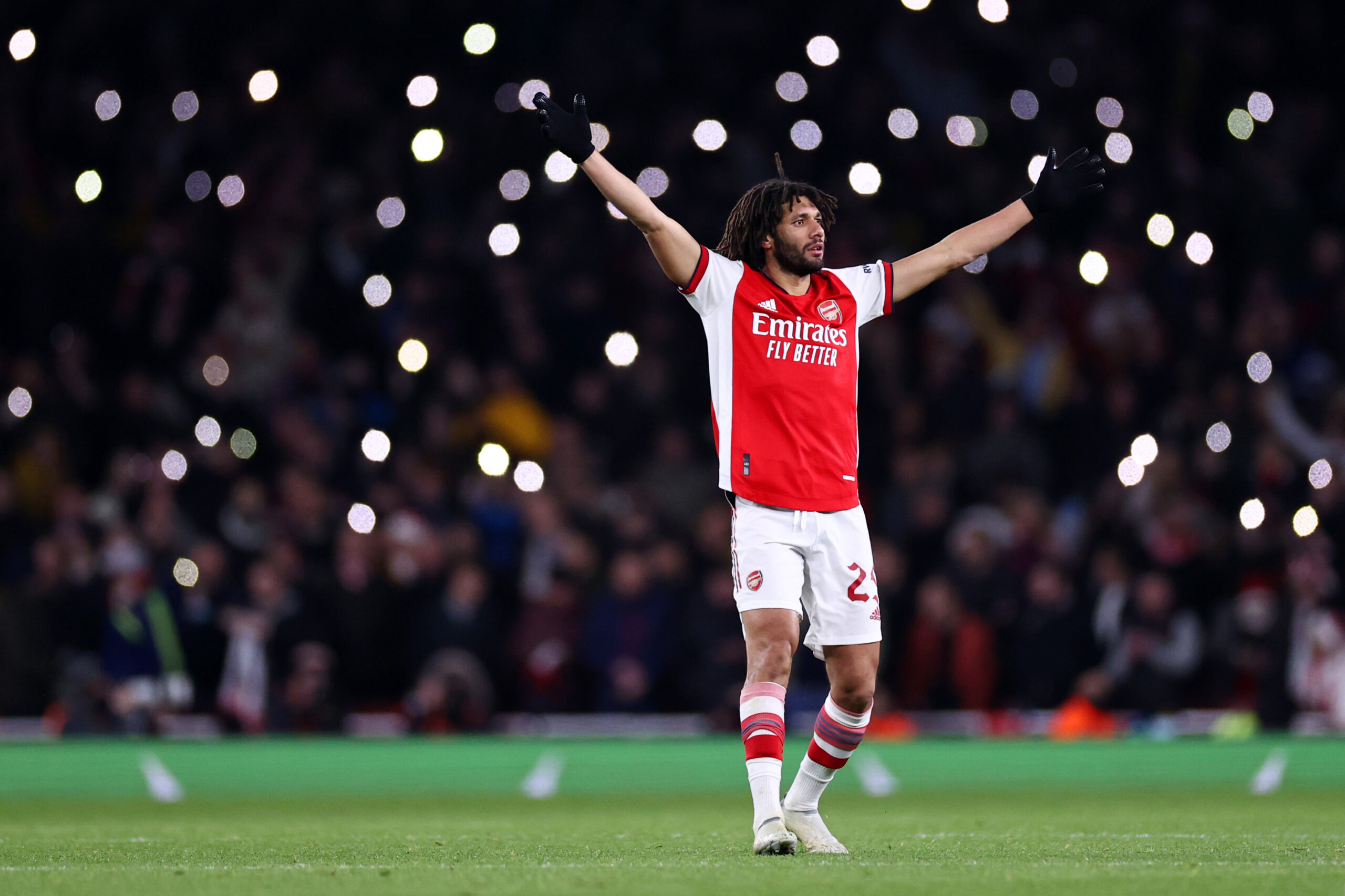 Arsenal midfielder Mohamed Elneny has stated his desire to remain at the club despite not playing regularly.

The 29-year-old said will be out of contract this summer but is looking to extend his stay at the Emirates Stadium as revealed in a recent interview with Irish Examiner:

“I always love a challenge and give 100 per cent all the time. I don’t decide who plays but I keep going in training to show how good I am and to make him play me.

“If I don’t play I keep going until I get my chance. If Arsenal say ‘we want you’ I don’t think about leaving. It’s been my family for six years. I love this club.

“I will keep going and not think about anything else, just focus on my performances to help the team reach our goal. The contract and stuff, I’m just waiting for the club to decide what they want.”

Elneny has been on the fringes of Mikel Arteta’s first team this term having made just 12 appearances across all competitions.

However, the Egyptian was recently handed back to back starts against Chelsea and Manchester United in the absence of Thomas Partey and was pleased to help his side claim maximum points from both games.

Elneny will be confident of making a third consecutive start when Arsenal visit the London Stadium on Sunday to face off against West Ham United.