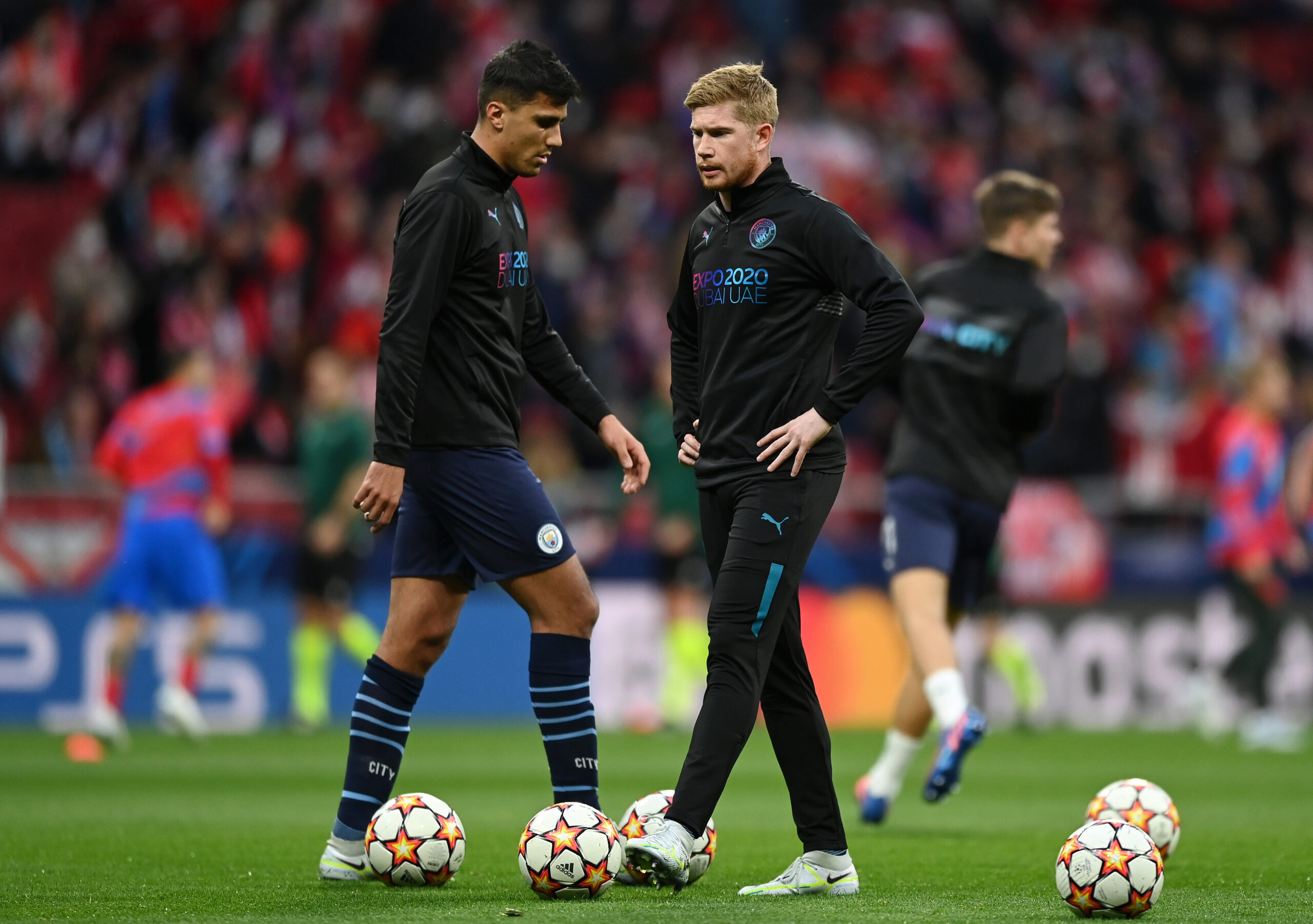 Etihad Stadium is the venue as Manchester City and Real Madrid go head-to-head in the first leg of their mouth-watering Champions League semi-final tie.

Man City’s bid to qualify for the Champions League grand final for the second season running pits them against the record-time European champions, who are in the semi-finals for the tenth time in 12 years.

Pep Guardiola’s side squeezed past reigning La Liga champions Atletico Madrid in the quarter-finals 1-0 on aggregate, courtesy of Kevin De Bruyne’s first-leg decider at the Etihad.

In an interview with the Manchester Evening News, the ex-Barcelona manager shared the secret behind his impressive managerial record against Los Blancos.

On the other hand, Madrid came out on top of an enthralling quarter-final tie against City’s fellow Premier League rivals Chelsea, as Karim Benzema almost single-handedly fired Carlo Ancelotti’s team to a 5-4 aggregate triumph.

Man City vs Real Madrid, coupled with the other semi-final tie between Liverpool and Villarreal, is available to watch live via Champions League live streams.

Coming into this fixture, Man City thrashed Premier League strugglers Watford 5-1 at home to maintain a single-point lead on Liverpool in a keenly-contested title run-in.

Despite winning just over 50% of their home matches in the Champions League knock-outs (W9, D3, L4), the Cityzens have been ruthless at the Etihad of late, racking up seven wins in their last eight Champions League home outings.

Before overcoming Madrid in the 2019/19 Champions League round of 16, Man City had lost four consecutive two-legged knock-out ties versus Spanish clubs.

However, Guardiola’s men head into proceedings amid a free-scoring form after netting a staggering 70 goals in their last 27 competitive matches.

Los Merengues eased past Osasuna 3-1 in La Liga last weekend, though the game will be remembered for Benzema’s double miss from the spot in less than ten minutes.

The runaway La Liga leaders come into this engagement having won their last three Champions League semi-final ties on the trot before last season’s elimination at the hands of Chelsea.

After leaving the Blues and Paris Saint-Germain in their wake, Madrid will feel confident of improving their indifferent 16-match away in the Champions League (W9, D2, L5).

Carlo Ancelotti’s men have collected ten wins from their last 12 games in all competitions, hence they will show up in a confident mood.

John Stones and Kyle Walker face a race against time to regain full fitness, but Man City welcomed defensive mainstay Ruben Dias back against Watford at the weekend.

Joao Cancelo is unavailable for selection due to suspension, meaning Oleksandr Zinchenko could be in for a rare start in the left-back.

The Pole tallied 13 goals in the competition, while the Madrid stalwart has 12 under his belt following his eye-catching exploits against Chelsea in the previous knock-out round.

Benzema will lead the line for Ancelotti’s side that will be without the likes of Eden Hazard and Luka Jovic to injury.

Man City have been a force to be reckoned with in Europe’s elite competition, but Madrid’s performances against PSG and Chelsea showed Ancelotti’s old guns are still among the best in the business.

Guardiola’s men should eke out a tight victory and carry an advantage into the second leg in Spain, yet expecting them to decide the tie at the Etihad would be foolish.