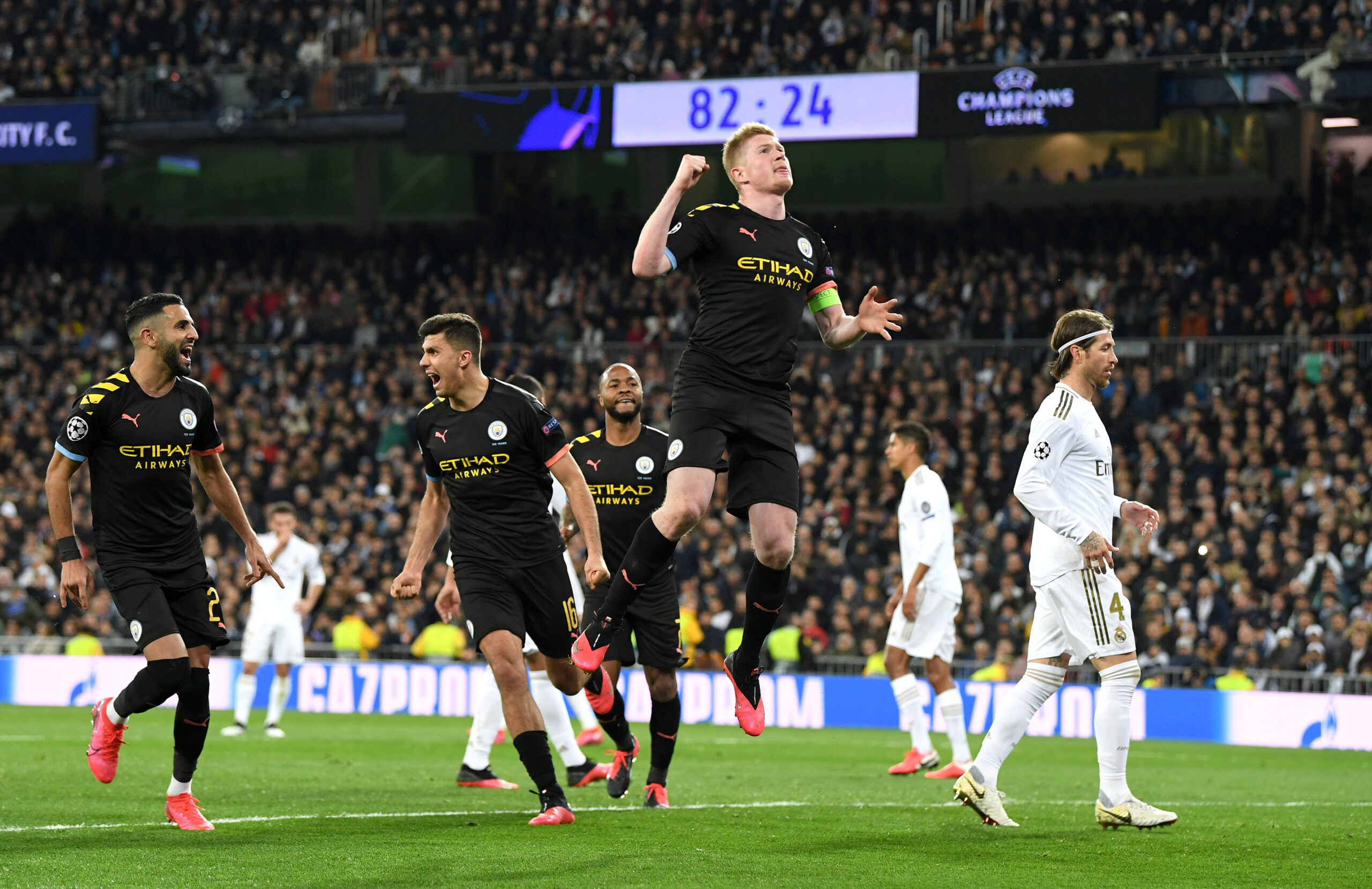 After a thrilling set of quarter-final ties, we’ve reached the semi-finals of the Champions League.

It’s England vs Spain in the fight for European glory, with two sides representing each country in the final four. This perhaps shouldn’t come as a surprise; 13 of the last 17 Champions Leagues have been won by a Premier League or La Liga club.

Real Madrid got the better of Chelsea in a topsy turvy quarter-final tie, progressing 5-4 on aggregate. Meanwhile, Villarreal pulled off a shock by eliminating Bundesliga champions Bayern Munich.

Manchester City edged past Atletico Madrid in a heated tie thanks to Kevin De Bruyne’s strike in the first leg. Things were a bit more comfortable for Liverpool, who knocked Benfica out without too many issues.

Here are the previous meetings from this week’s Champions League semi-final fixtures.

This tie will be the seventh and eighth time that these two face each other, with the record perfectly balanced from the previous six meetings. Both sides have two wins each, and the other two matches were drawn. Meanwhile, the aggregate score from these matches is an even 7-7.

The first clash came back in September 2012 in the Champions League groups stages, and this was by far the most eventful of their matches. Little happened until the 69th minute, when Edin Dzeko put Man City ahead from Yaya Toure’s pass. But this lead lasted just seven minutes, as Marcelo bent home a beautiful equaliser.

With five minutes remaining, the visitors thought they had grabbed the winner when Aleksandar Kolarov’s free kick evaded everyone and crept in at the back post. But just moments later, Karim Benzema drew his side level with a strike at the near post.

Remarkably, this STILL wasn’t the end of the drama. Of course, Cristiano Ronaldo was to have the last laugh, as his dipping effort went through the arms of Joe Hart and into the bottom corner.

The reverse fixture wasn’t anywhere near as dramatic, with the match ending 1-1. Benzema converted early on from Angel Di Maria’s cross, and Sergio Aguero levelled from the spot after Alvaro Arbeloa had brought the Argentine down.

Their most high-profile meeting came four seasons later in the 2015/16 semi-finals. And again, it was Real Madrid who edged it.

There was only one goal across the two legs, with neither side doing much in the way of creativity. The difference came in the 20th minute of the second leg, as Gareth Bale’s cross was diverted into his own net by Fernando. Los Blancos progressed to the final, and defeated local rivals Atletico Madrid on penalties to lift their 11th European title.

But City would get some joy over the La Liga side four years later, when they were drawn against each other in the round of 16. This time, the English club were the ones to make it through.

In a close first leg at the Bernabeu, the hosts took the lead in the second half when Vinicius Junior set up Isco to finish. But a Gabriel Jesus header levelled things up, and De Bruyne’s penalty gave Pep Guardiola’s men the advantage heading to the Etihad Stadium.

And they picked up where they left off early on, taking the lead after just nine minutes through Raheem Sterling. Benzema pulled one back with a header from Rodrygo’s cross, but Jesus got his second of the tie to seal the Cityzens’ progression to the quarter-finals.

Liverpool and Villarreal have been drawn against each other just once before in their history. That also came in a European semi-final, facing off in the Europa League in 2016.

The Yellow Submarine took the advantage from the first leg with a dramatic late winner. With full time approaching, Denis Suarez raced through on goal and unselfishly squared for Adrian to tap in for the only goal of the match.

However, this was the end of the joy for Villarreal, as they were comfortably beaten at Anfield. An own goal from Bruno Soriano levelled the scores on aggregate, and Daniel Sturridge’s finish put the Reds in front. Adam Lallana bundled in from close range to wrap up the win, shortly after Victor Ruiz was given a second yellow card.

A lot has changed for both sides since that clash six years ago. Liverpool have since won another Champions League and lifted their first Premier League title, while Villarreal got their hands on their first ever major trophy last May.

The six-time European champions are the overwhelming favourites to make it through to the final, and many believe they could be on for a historic quadruple this season.

However, they can’t afford to underestimate Unai Emery’s men. They had joy against Premier League opposition last year – defeating Arsenal and Manchester United on their way to Europa League glory – and have knocked Juventus and Bayern Munich out on their way to the semi-finals.