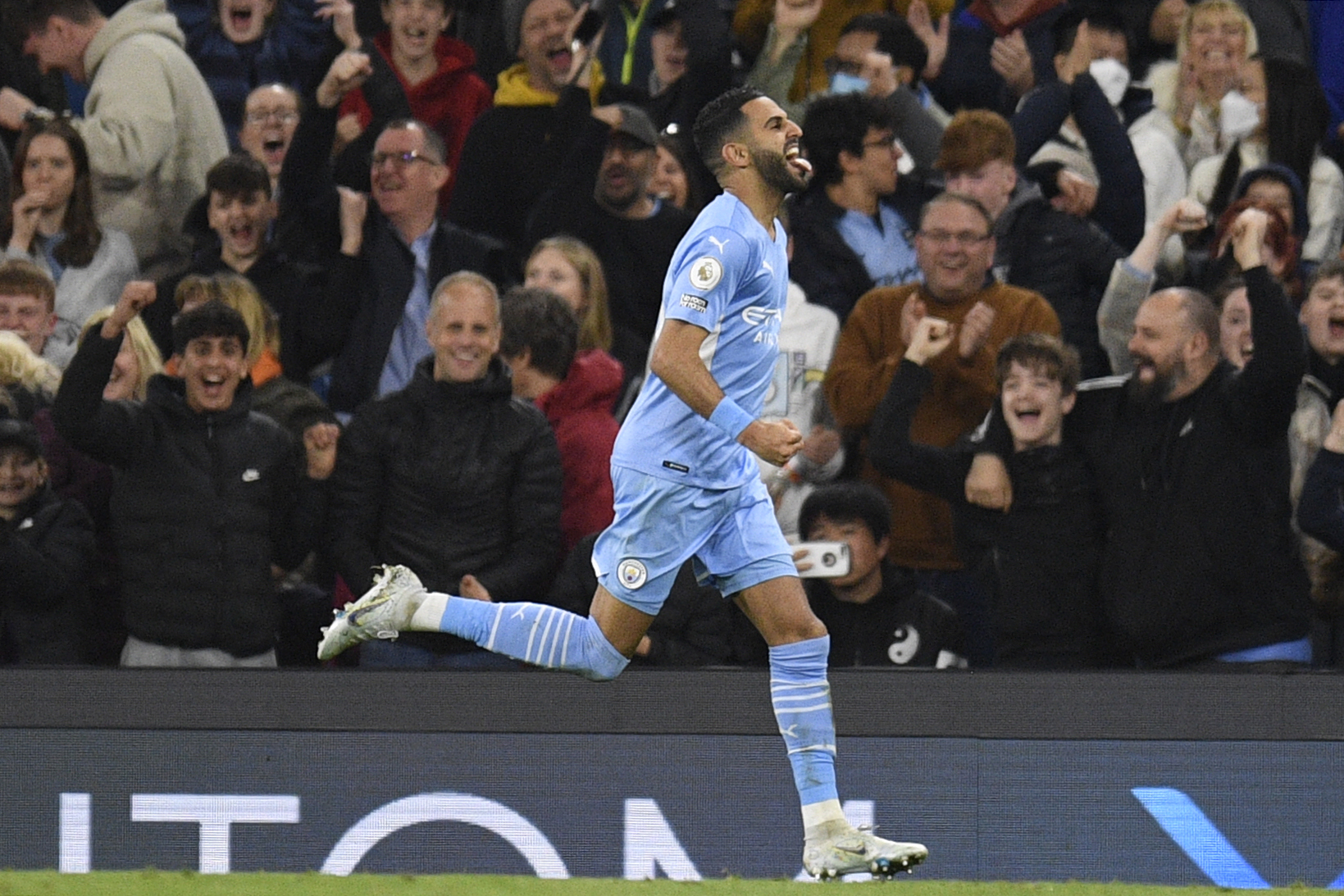 AC Milan have joined the race for Manchester City winger Riyad Mahrez, as per a report from Foot Mercato.

Bahrain-based firm Investcorp are close to acquiring Rossoneri from the present owners Elliot Management for around £827 million. They are also planning to bring in some marquee names this summer, including Mahrez.

The 31-year-old has been in brilliant form for Citizens, netting 23 goals and eight assists in all competitions this term.

The Algerian winger has been pivotal in City topping the Premier League table as well as reaching the semi-finals of the Champions League.

Milan believe Mahrez would be a top addition to raise the bars in the Champions League next season and continue their dominance in the Italian top-flight.

However, they are expected to face competition from Ligue 1 giants Paris Saint-Germain for Mahrez’s signature.

PSG have identified the former Leicester City man as one of the potential replacements for Angel Di Maria, who is likely to leave as a free agent this summer.

Mahrez’s contract at Etihad expires in the summer of 2023, and there haven’t been any talks over his extension.

However, it remains to be seen whether the Sky Blues would be willing to part ways with their top scorer of this season, whilst Gabriel Jesus and Raheem Sterling have also been linked with an exit this summer.

Moreover, Mahrez has enjoyed a productive campaign this term to warrant him a new deal.

Rossoneri have shortlisted names like Christopher Nkunku, Sebastien Haller and Romelu Lukaku as potential targets for the summer.