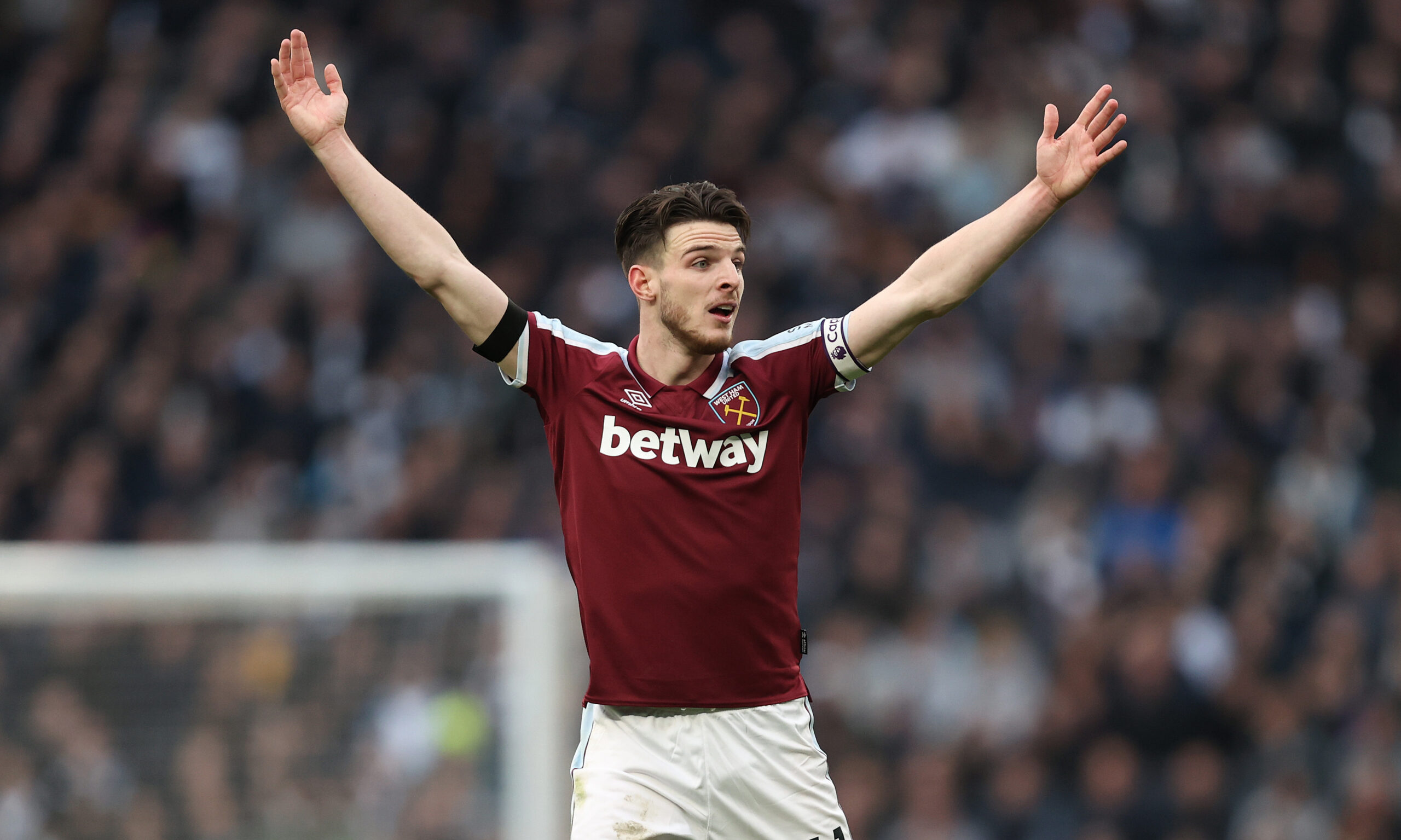 West Ham United midfielder Declan Rice has turned down a third offer of a new contract and is open to a summer transfer.

According to Fabrizio Romano (h/t the Guardian), Rice will not extend his stay on the terms offered but knows that the club do not wish to sell him.

Several big clubs have been linked with the 23-year-old including Manchester United, Chelsea and Manchester City, although the transfer fee would be a stumbling block.

Hammers’ manager David Moyes recently confirmed it would take more than £150 million to prise Rice away from the club, before insisting he is not for sale.

Chelsea’s hopes of signing Rice hinge on their ownership situation being resolved, while Man City would be unlikely to shell out on him if they land Erling Braut Haaland from Borussia Dortmund this summer.

This potentially clears the way for United to swoop, but it is unclear whether incoming boss Erik ten Hag would want to blow the bulk of his transfer budget on one player.

United have been linked with a move for Leeds United star Kalvin Phillips, while Leicester City’s Youri Tielemans is another potential target.

Phillips would cost around £50m, although it is unclear whether he would be open to moving to Old Trafford given his affinity with Leeds.

Tielemans may be a better value option for United as he is out of contract in 2023 and could be available for around £25m this summer.

While Rice is undoubtedly an excellent midfielder player, you would be hard pushed to argue he is worth more than six times as much as Tielemans.

West Ham are undoubtedly in a strong position at the moment, with Rice under contract until 2024 with the option of a further year.

Much like Tottenham Hotspur did with Harry Kane last summer, the Hammers may well dig their heels in where Rice is concerned.