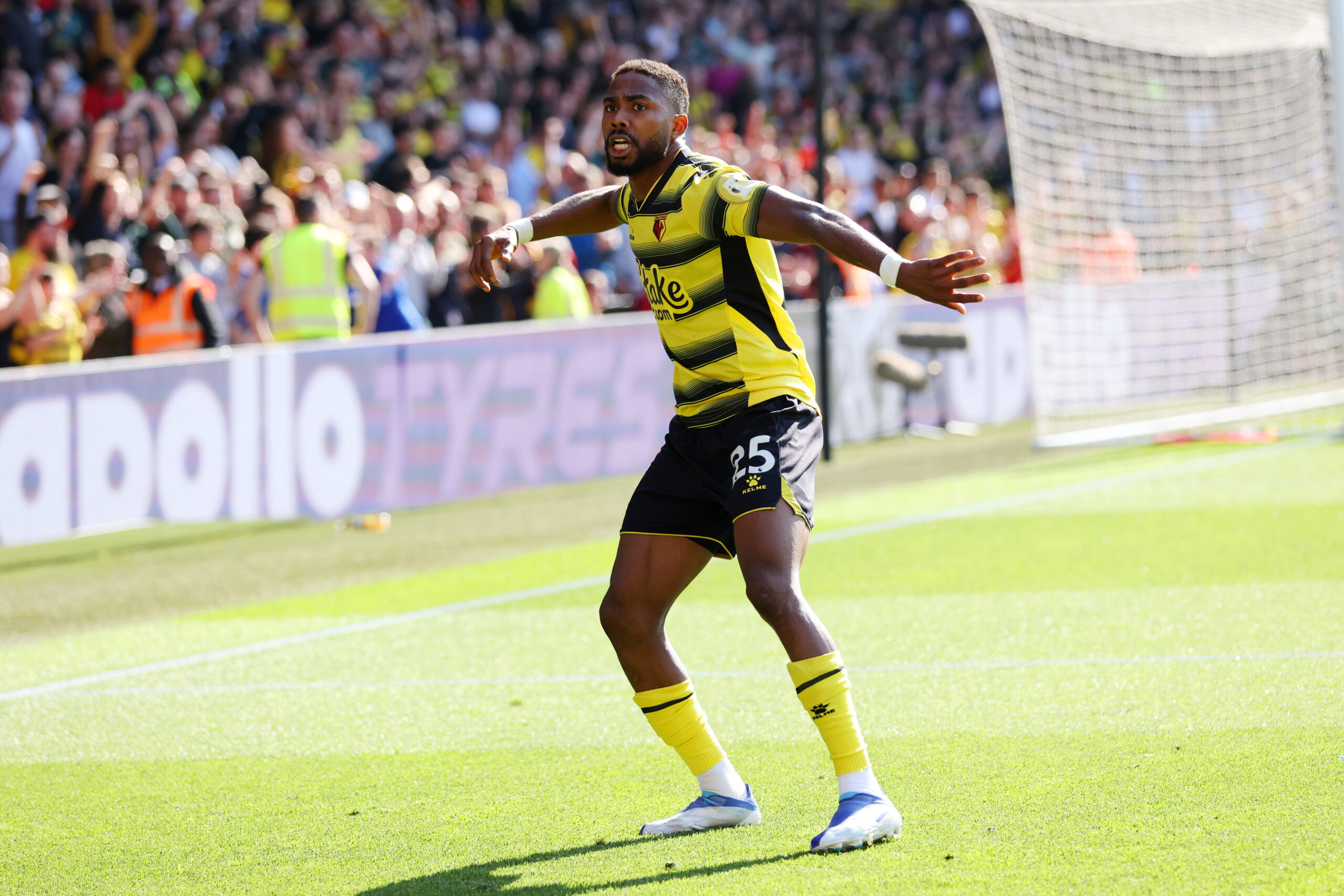 West Ham United are keen to acquire the services of Watford’s Emmanuel Dennis, according to a report from The Athletic.

Despite a relatively poor second half of the season, Dennis has been an otherwise standout performer for Roy Hodgson’s men, racking up an impressive 10 goals and five assists in 30 league outings this term.

Amid interest from at least five clubs, the Nigerian is likely to call it quits at Vicarage Road this summer after just one year in Hertfordshire.

The 24-year-old wants to stay in England and the London Stadium is now rumoured to be a possible destination, while Newcastle United also remain admirers after trying to snap him up in the past.

In the meantime, the ex-Club Brugge man is focused on helping his side beat the drop before sitting down with Watford’s hierarchy to review the whole situation at the end of the 2021/22 campaign.

Currently seven points adrift of safety, Watford are staring down the possibility of being relegated to the Championship off the back of a turbulent season characterised by several managerial changes.

The Hornets are thought to value Dennis in the region of £20 million to £30 million and would be open to a sale in the upcoming transfer market.

West Ham should have no issues paying the aforementioned amount for a player of Dennis’ quality and potential in their bid to establish themselves as European football regulars.

David Moyes’ men sit seventh in the Premier League table as it stands, five points shy of Tottenham Hotspur in fourth place albeit having played a game more than their city rivals.

However, the Hammers still have an alternative route to securing Champions League football via the Europa League as they take on Eintracht Frankfurt in the first leg of their semi-final tie on Thursday.