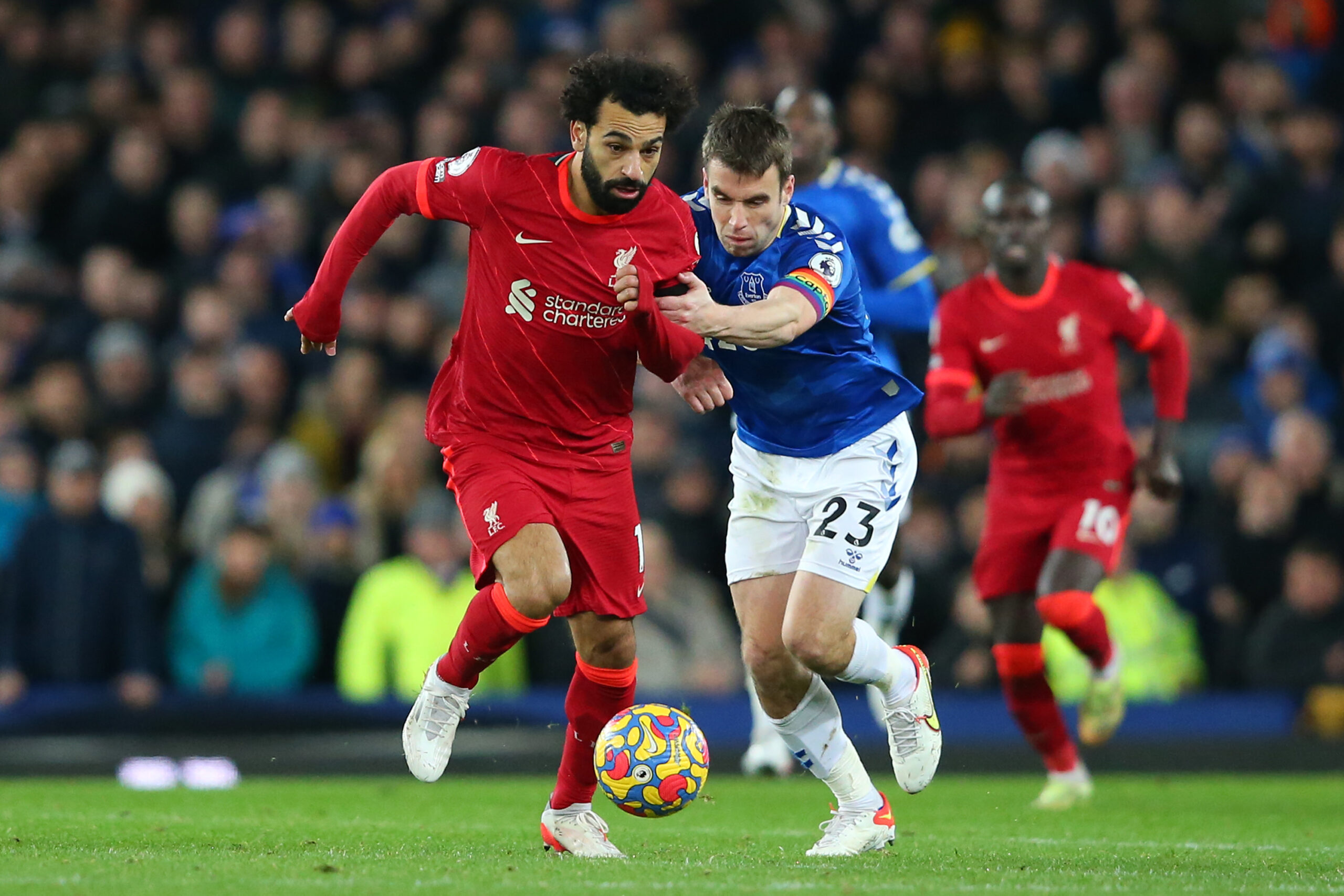 Stakes are high as Liverpool and Everton are set to square off at Anfield in the 240th edition of the Merseyside derby on Sunday.

One of the most famous venues on the planet forms the backdrop for the 60th Premier League installment of the Merseyside derby, with both sides desperately needing points for different reasons.

Liverpool come into one of the most highly anticipated fixtures in football trailing Premier League pacesetters Manchester City by a single point.

On the other hand, Richarlison’s last-gasp equaliser against Leicester City in midweek league action has kept Everton just one point above 18th-placed Burnley.

After guiding the Toffees to back-to-back Premier League matches without losing for the first time since October (W1, D1), manager Frank Lampard admitted he would happily take a point at Anfield.

Asked whether he would be satisfied with a draw, Lampard replied (via The Independent): “What do you think? Of course. It is a tough game we are going into, make no bones about that.”

However, that could be easier said than done, with Liverpool enjoying a rich vein of form in domestic action.

Since drawing 2-2 with Brighton & Hove Albion in October, Jurgen Klopp’s men have won 11 consecutive home league matches, netting 3+ goals in seven of them.

It is needless to say the Reds will be overwhelming favourites to complete their first Premier League double over Everton since 2016/17 following a scintillating 4-1 triumph in the reverse fixture.

Everton sealed a 2-0 victory in this exact fixture in 2020/21, though it remains their solitary success across the last 22 Premier League Merseyside derbies (D12, L9).

However, the Toffees’ disastrous league form on their travels suggests the prospect of back-to-back league wins at Anfield for the first time since 1986 is somewhat unrealistic.

Lampard’s men have won a league-low six points away from home this Premier League campaign (W1, D3, L11), while their last six top-flight road trips have all yielded defeats.

Liverpool boss Klopp will have his entire squad fit for Saturday’s encounter, with Roberto Firmino the only player having a question mark hanging over his head.

In stark contrast, Everton will be without several high-profile first-team figures, including Dominic Calvert-Lewin, Andros Townsend and Tom Davies.

Andre Gomes and Donny van de Beek will undergo further checks to understand whether they would be available to feature.

Not many sides in European football are able to deal with Liverpool’s ferocious pace up top, and Everton certainly do not belong to that group at the moment.

We expect Mohamed Salah and co to land another hammer blow on the Toffees’ hopes of avoiding relegation and maintain the pressure on Man City in the process.