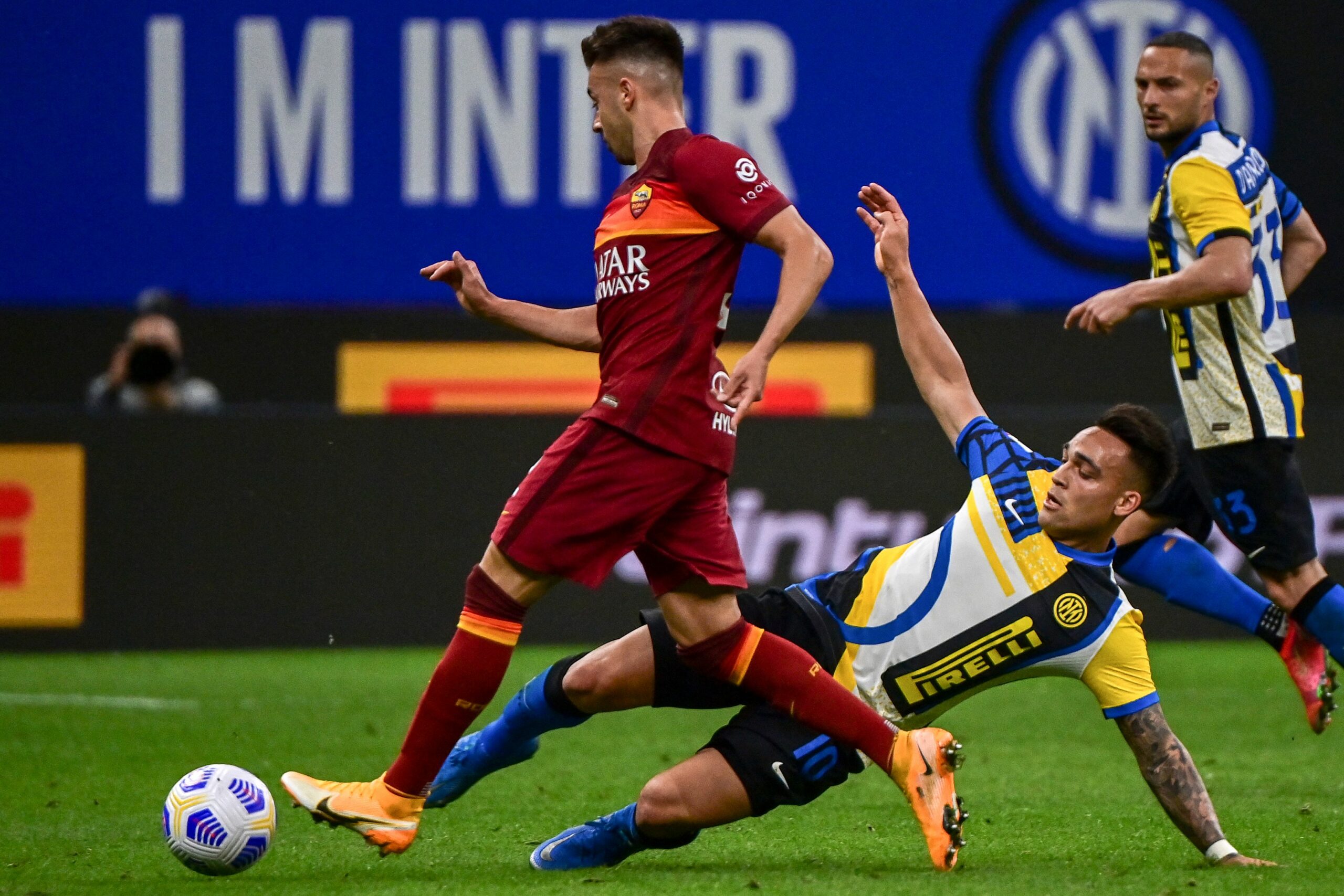 Inter Milan’s quest to defend their Serie A crown for the first time in over a decade continues on Saturday.

After keeping themselves in the running for a coveted domestic double this season, the reigning Italian champions will be looking to build on their ten-game unbeaten form.

With city nemesis Milan only two points away, Inter could soon reclaim their place at the summit as they have a game in hand and now face a Roma side they have not lost to in ten straight competitive meetings.

However, Jose Mourinho’s side will be out to avenge a disheartening 3-0 defeat in the reverse fixture and tighten the noose on fourth-placed Juventus.

Unbeaten in their last 12 league outings (W7, D5), the Giallorossi have trimmed the gap on the Turin heavyweights down to five points ahead of the final five matchdays of the season.

Inter vs Roma, coupled with other fixtures in Italy’s top division, are available to watch live via Serie A live streaming sites.

In addition to the abovementioned success at the Stadio Olimpico, Inter thrashed Roma 2-0 in the Coppa Italia quarter-finals at Meazza, where they are unbeaten in their last four Serie A H2Hs (W1, D3).

Home and away, the Nerazzurri have won back-to-back Serie A meetings with the Giallorossi and could achieve three consecutive H2H victories in the competition for the first time since 1999.

Inzaghi’s side will show up in a confident mood after winning their last three league matches by an aggregate score of 6-1, as many wins as they had in their ten previous Serie A outings in 2022.

Stephan El Shaarawy’s last-gasp equaliser rescued a 1-1 draw at Napoli last time out, knocking Roma down from a three-game winning Serie A streak.

Since going down 3-1 at this venue to Milan in early January, the Giallorossi have alternated between victories and stalemates across their last six Serie A away games (W3, D3).

The travelling supporters would find that run encouraging if only those three wins had not come at sides currently languishing in the bottom half of the table.

Lautaro Martinez, whose future has been one of the main topics in the Serie A transfer news in the past 12 months, put on a match-winning performance against Milan in midweek.

The Argentine forward is leaning towards a summer move to the Premier League, with Liverpool and Manchester City waiting in the wings, as per TUTTOmercatoWEB.

But first, Martinez, who notched up a brace in Inter’s emphatic win over Milan, will be looking to help the Nerazzurri sink Roma and move a step closer to winning a second successive Serie A title.

Roma will hope to throw a spanner in the works, but without their suspended star forward Nicolo Zaniolo, an upset in Lombardy could prove hard to achieve.

Mourinho will still draw some confidence from having Euro 2020 hero Leonardo Spinazzola back to the fold for the first time this season.

Given Inter’s rich vein of form, it is hard to put it past the Nerazzurri to get their winning Serie A streak over Roma to three games for the first time in the 21st century.

With Martinez and the rest of Inzaghi’s squad firing on all cylinders, Mourinho’s side should have no chance of maintaining their high-flying domestic form.