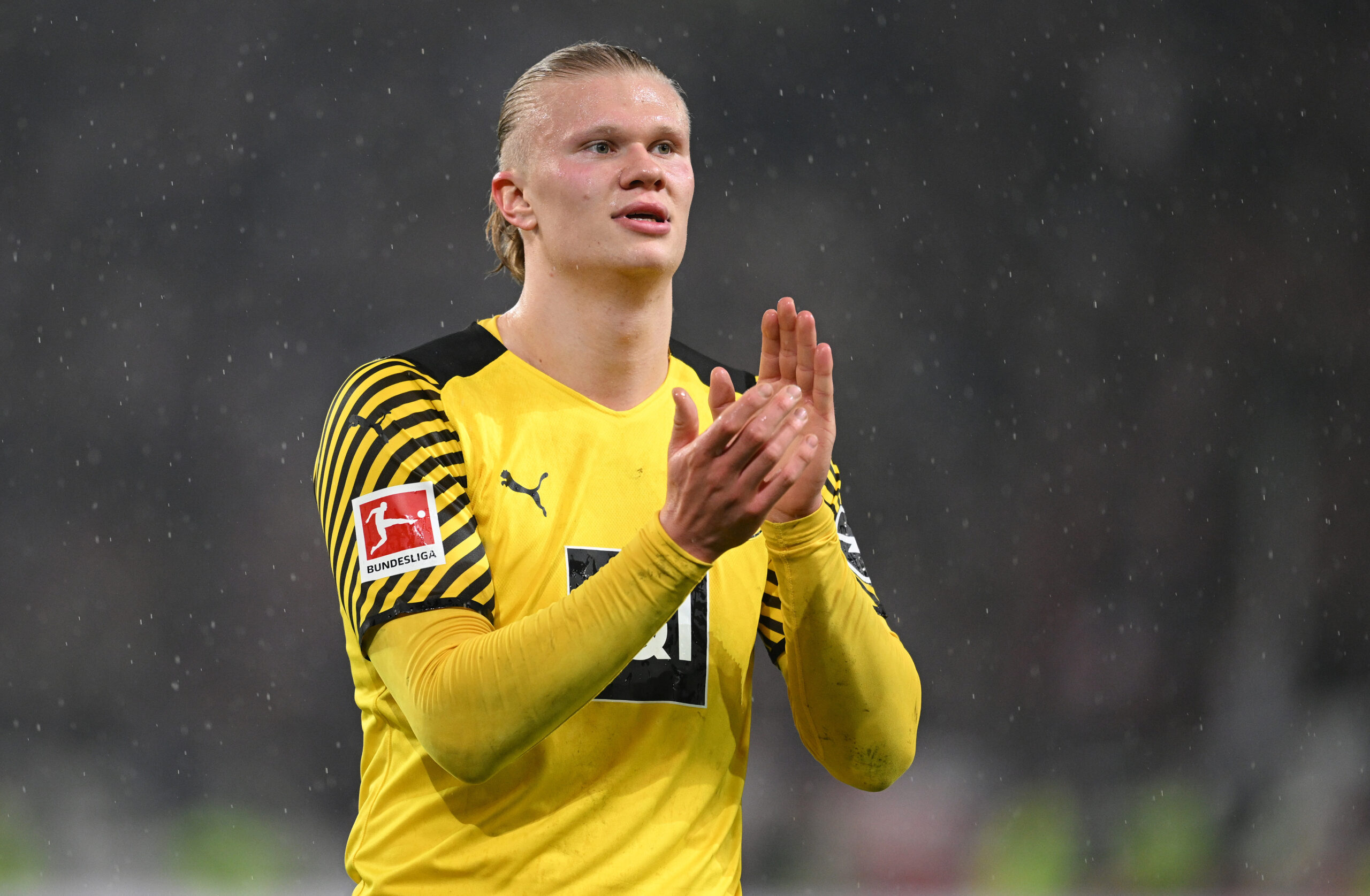 The transfer saga of Erling Braut Haaland seems to be nearing a conclusion, as Spanish journalist Guillem Balague (via BBC Sport) reports that the Borussia Dortmund striker is closer than ever to joining Manchester City.

Haaland emerged as a top target for several European giants following his extraordinary rise to stardom at Dortmund, netting 82 goals in 85 appearances.

However, City have reportedly won the race for the Norwegian with their lucrative financial package coupled with the appealing project under Pep Guardiola.

La Liga giants Real Madrid were believed to be the closest rival for City in the transfer race, but Balague claims that Karim Benzema’s presence may have changed Haaland’s mind.

The French striker is in the form of his life, and he is likely to lead the attack alongside Vinicius Junior and speculated summer signing Kylian Mbappe next season – which could reduce the chances of Haaland if he moves to Santiago Bernabeu.

Barcelona had also been linked with the 21-year-old for several months before they halted the pursuit due to their financial struggles.

After deeming Haaland as a far-fetched target, the Catalan giants have turned their attention towards Bayern Munich striker Robert Lewandowski.

With Haaland’s arrival, Man City would put an end to their striker dilemma, which has been present since Sergio Aguero’s departure last summer.

The Citizens went all out for Harry Kane, but a deal failed to materialise due to Tottenham Hotspur’s reluctance to sell him.

Despite being an injury-curtailed campaign, Haaland has bagged 25 goals and eight assists in all competitions this term.