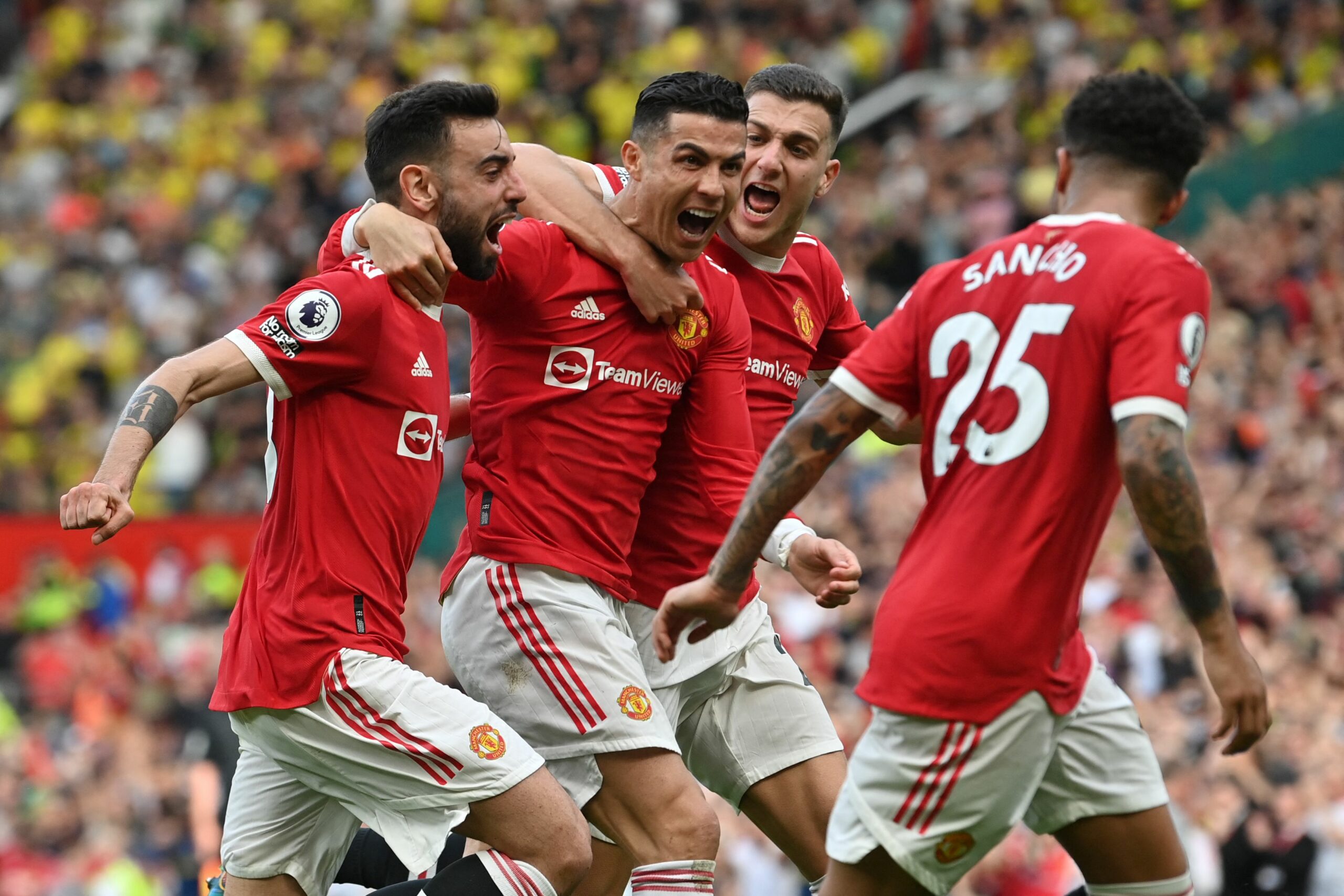 Saturday’s Premier League action kicks off with a high-stakes encounter between Arsenal and Manchester United at the Emirates Stadium.

Though days of top-of-the-table clashes between familiar foes are long gone, this will be one of their most important meetings in recent times.

Both sides are keen to secure a coveted fourth-place finish, currently occupied by Tottenham Hotspur, meaning a defeat would land a potential knock-out blow on the loser.

Arsenal responded to a disheartening three-game losing Premier League streak by putting cross-town rivals Chelsea to the sword in midweek, courtesy of an overwhelming 4-2 triumph at Stamford Bridge.

Now level on points with Spurs, Mikel Arteta’s men will be looking to bolster their top-four hopes with another win over long-standing rivals Man United.

The Red Devils cannot afford another lacklustre result in London to remain competitive in the top-four run-in, as they trail fourth-placed Tottenham by three points.

Arsenal vs Man United, coupled with other Premier League matches this weekend, will be available to watch live online via soccer streams.

Following a run of three consecutive Premier League home victories, the Gunners have lost their last two league outings at the Emirates by an aggregate score of 4-1.

Another defeat would see Arsenal lose three home league matches on the trot for the first time this season, though their recent H2H record against Man United in London offers some encouragement.

Arteta’s men are unbeaten in their last three top-flight home meetings with the Red Devils (W2, D1) without conceding a single goal in that spread of games.

The Red Devils are seeking their first league double over old foes since 2017/18, yet they will have to improve their embarrassing away form to make it happen.

Rangnick’s men have lost their last three Premier League away matches by an aggregate score of 9-1.

Man United can at least find some comfort in that they have not lost any of their last 13 Premier League visits to London (W8, D5).

Long-term absentees Kieran Tierney, Thomas Partey and Takehiro Tomiyasu aside, Arsenal picked up no fresh injury concerns during their midweek triumph over Chelsea.

Paul Pogba has joined Luke Shaw, Edinson Cavani and Fred on Man United’s injury list, though Cristiano Ronaldo should be back following a tragic death of his newborn son.

Arsenal have reportedly laid their eyes on Bayern Munich misfit Marcel Sabitzer as Arteta looks to bolster his midfield options in the summer.

As reported by the Metro, the Gunners have identified the 28-year-old as a potential midfield reinforcement, with the Bavarians ready to offload their unsettled star.

However, Arsenal will have to deal with stiff competition in the shape of Atletico Madrid, who are readying a £13m offer for the Austria international.

In other transfer news, Man United outcast Marcus Rashford could be waving goodbye to his boyhood club in the summer after tumbling down the pecking order.

According to Spanish publication Diario Sport, Barcelona are contemplating a summer bid for the homegrown Old Trafford star amid the forward’s uncertain future in Manchester.

Rashford has lost his place in the Red Devils’ starting XI on the back of Ranginck’s appointment.

A lack of game time has seen the 24-year-old grow frustrated with his life at the Theatre of Dreams, forcing him to consider a summer exit.