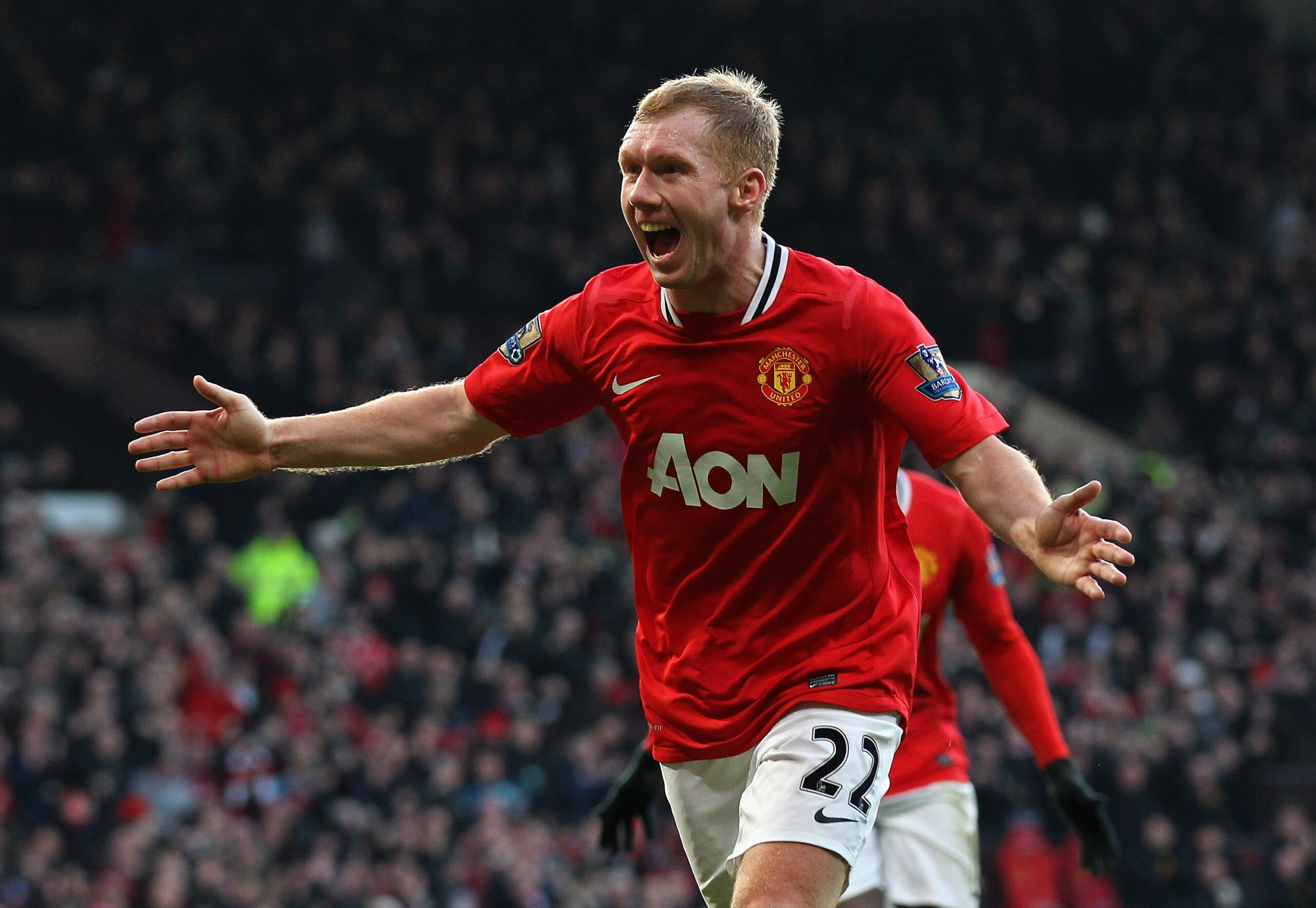 The latest inductees of the Premier League’s Hall of Fame have been revealed.

The Hall of Fame was launched in 2021, with the league describing it as “the highest individual honour awarded to players by the Premier League”. Thierry Henry and Alan Shearer were the first two members, with Steven Gerrard, Eric Cantona, Roy Keane, Dennis Bergkamp, Frank Lampard, and David Beckham being voted in shortly afterwards.

In 2022, it was revealed that eight new members would join the list. Patrick Vieira and Wayne Rooney confirmed to be the first two back in March, with the other six being decided by a vote.

And now, those six have been revealed. Legendary players from Manchester United, Arsenal, Chelsea, and Manchester City have become the newest players to join the Premier League’s Hall of Fame.

We’ve all marvelled at the rise of Jamie Vardy, but Ian Wright was the original non-league to Premier League underdog story. He was playing semi-professional football up until the age of 21, when he got his opportunity at Crystal Palace.

It was at the Eagles where he began to make a name for himself. He was part of the side that got promoted to the First Division in 1989, and scored 28 top-flight goals for the club in 72 appearances.

This form earned him a move to Arsenal, as well as a call up for the England national team. In north London, he enjoyed the most successful years of his career.

Wright wasted little time in making an impression at the Gunners, scoring a hat-trick against Southampton on his league debut. That season, he won the First Division Golden Boot, hitting 29.

The following year, the Premier League was launched. In the league’s inaugural year, he hit 15, making him the division’s sixth-top scorer.

He continued to fire them in at a prolific rate for Arsenal. In six Premier League seasons at Highbury, he scored 104 goals, becoming one of the first members of the ‘100 club’.

The forward’s best individual year in the Premier League came in 1996/97, when he netted 23 goals in 35 outings. This put him second in the Golden Boot race, just two behind Alan Shearer.

But it was the following season which he cherishes the most. In his final year at Arsenal, he scored on ten occasions to help his side to their first league title in seven years. It was in that same season that he became the club’s all-time top goalscorer with a hat-trick against Bolton Wanderers – this feat has since been surpassed by Thierry Henry.

He later moved to West Ham United, where he added another nine goals to his Premier League tally. He had brief spells at Nottingham Forest, Celtic, and Burnley, before retiring in 2000.

Widely regarded as the best goalkeeper to ever play in the Premier League, Peter Schmeichel began his career in his native Denmark, starting out at Hvidovre before moving to Brondby. Four years later, he got his first taste of English football, joining Manchester United in 1991.

The Dane spent eight years at Old Trafford, winning pretty much everything possible during that time. In his time at the Red Devils, he lifted five Premier League titles, three FA Cups, a League Cup, and a Champions League. He was also a key part of the much-celebrated treble winners of 1999, a team often considered to be one of the greatest to ever play in the English leagues.

In the 1992/93 season, Schmeichel was named in the PFA Team of the Year, and he was selected as Premier League Player of the Season for the 1995/96 campaign.

But perhaps the best testament to his importance was how Man Utd struggled to replace him. He departed in 1999, and it wasn’t until Edwin van der Sar’s arrival in 2005 that they found an adequate successor.

Following two years at Sporting CP, the goalkeeper returned to England with Aston Villa. During his brief spell at the Midlands club, he became the first goalkeeper to score a goal in the Premier League – Brad Friedel, Paul Robinson, Adam Bodgan, Asmir Begovic, and Alisson have achieved this feat since.

Schmeichel spent one year at Aston Villa before transferring to Manchester City. He retired a season later, ending his Premier League career with 128 clean sheets in 310 matches.

For years, English football fans have debated who was the best out of Steven Gerrard, Frank Lampard, and Paul Scholes. But no one could argue their places in the Hall of Fame.

Having played for Manchester United for two decades, Scholes is remembered as one of the finest players to ever put on the red shirt. He is the club’s third-top appearance maker, and their tenth-top goalscorer.

In the Premier League, the Englishman made 499 appearances – a figure bettered by just 13 players. In this time, he scored 107 goals, making him the third-top scoring central midfielder in the league’s history.

But it wasn’t just his goals that Red Devils fans loved him for. Scholes was the beating heart of Sir Alex Ferguson’s dominant side, renowned for his passing and technical ability. The midfielder is often cited by ex-teammates as the greatest player they ever lined up alongside.

He retired in 2013, having won an astonishing 11 league titles in 20 seasons. In addition, he was named in PFA Team of the Year twice, and voted as Player of the Month on four occasions.

Known for his strength, deadly aerial ability, and performances in the big moments, Didier Drogba is a key part of Chelsea’s recent history. The Ivorian spent nine seasons at the Blues across two spells, and won a total of 12 major trophies.

In the Premier League, he more than made his mark. Arriving from Marseille in 2004 as one of Jose Mourinho’s first signings, Drogba was part of the Chelsea side that won their first league title in 50 years.

But the striker was far from done there. He completed back-to-back titles a year later, and won his first of two Golden Boots in the following season.

His goal tally dwindled in the next two campaigns amid a number of injury troubles. However, he returned to his best in the 2009/10 season, bagging 29 goals in 32 outings to secure his second Golden Boot and a third league winners’ medal.

Drogba spent two more years at Chelsea, during which he was a crucial player in their Champions League triumph in 2012. After stints at Shanghai Shenhua and Galatasaray, he came back to Stamford Bridge for one more season. It was during this term that he added a fourth league title to his personal cabinet.

In total, the forward made 254 appearances in the Premier League across nine seasons, scoring 104 goals and assisting a further 55. In addition, his hold-up play and immense physical strength made him a nightmare for defenders, with many top centre-backs describing him as one of their toughest ever opponents.

Vincent Kompany was one of the last signings made by Manchester City before the multi-million pound takeover from Sheikh Mansour. Originally brought in from Hamburg as a central midfielder, he later made his name as one of the Premier League’s best ever centre-backs.

In his third season at the club, the Belgian was named in PFA Team of the Year. These performances were the catalyst for him being given the captain’s armband in the following season.

From 2014 onwards, he made fewer appearances due to a string of injury troubles. But when he played, he was often excellent.

Kompany was very much the complete centre-back. He was strong, quick, good in the air, difficult to get past, comfortable on the ball, an excellent reader of the game, and a great leader.

Furthermore, he had a knack of popping up with important goals. He scored a vital winner in the Manchester derby in 2012, and helped secure the title with a goal against West Ham United on the final day of the 2013/14 campaign.

But his most famous goal came in 2019 in a clash with Leicester City. In his last ever game at the Etihad Stadium, the defender unleashed a stunning strike into the top corner with 20 minutes remaining, ensuring that Man City stayed top of the league going into the final day. They went on to win the league again, defeating Brighton and Hove Albion 4-1 in their last match.

In 11 years at the Cityzens, Kompany captained the club to four league titles and six other domestic trophies. He was later honoured with a statue outside their home ground.

From one Man City legend to another, as Sergio Aguero also joins the Hall of Fame.

The Argentine signed for the Cityzens in 2011, arriving from Atletico Madrid. Expectations were high, but few could have anticipated what was to come from the new recruit.

Aguero gave us an immediate glimpse into what was to come with an explosive debut, scoring twice off the bench against Swansea City. This was just the beginning of a memorable first season at the Etihad Stadium.

The former Independiente man found the net on 23 occasions in his debut year in England, including one of the most famous goals in the history of the Premier League.

Going into the final day, Man City needed a win against Queens Park Rangers to lift their first Premier League title. However, the match didn’t go according to plan, and they found themselves 2-1 down in injury time.

Edin Dzeko pulled one back with a header, but this still wasn’t enough. Then, Aguero burst into the box and slammed into the back of the net in the dying seconds, taking them back to the top of the table.

The forward continued to be one of the most feared players in the division, consistently scoring goals at an obscene rate. He would later become Man City’s all-time top goalscorer, bagging 260 in all competitions across ten seasons.

And this isn’t the only record that he holds. He also has the best minutes-per-goal rate in Premier League history among players who have scored at least 50 goals, the most hat-tricks with 12, the most Player of the Month awards with seven, and is the highest scoring foreign player with 184.

Aguero left Man City in 2021 after ten incredible years. He departed with five Premier League titles and one Golden Boot, and is the league’s fourth-top scorer at the time of writing.