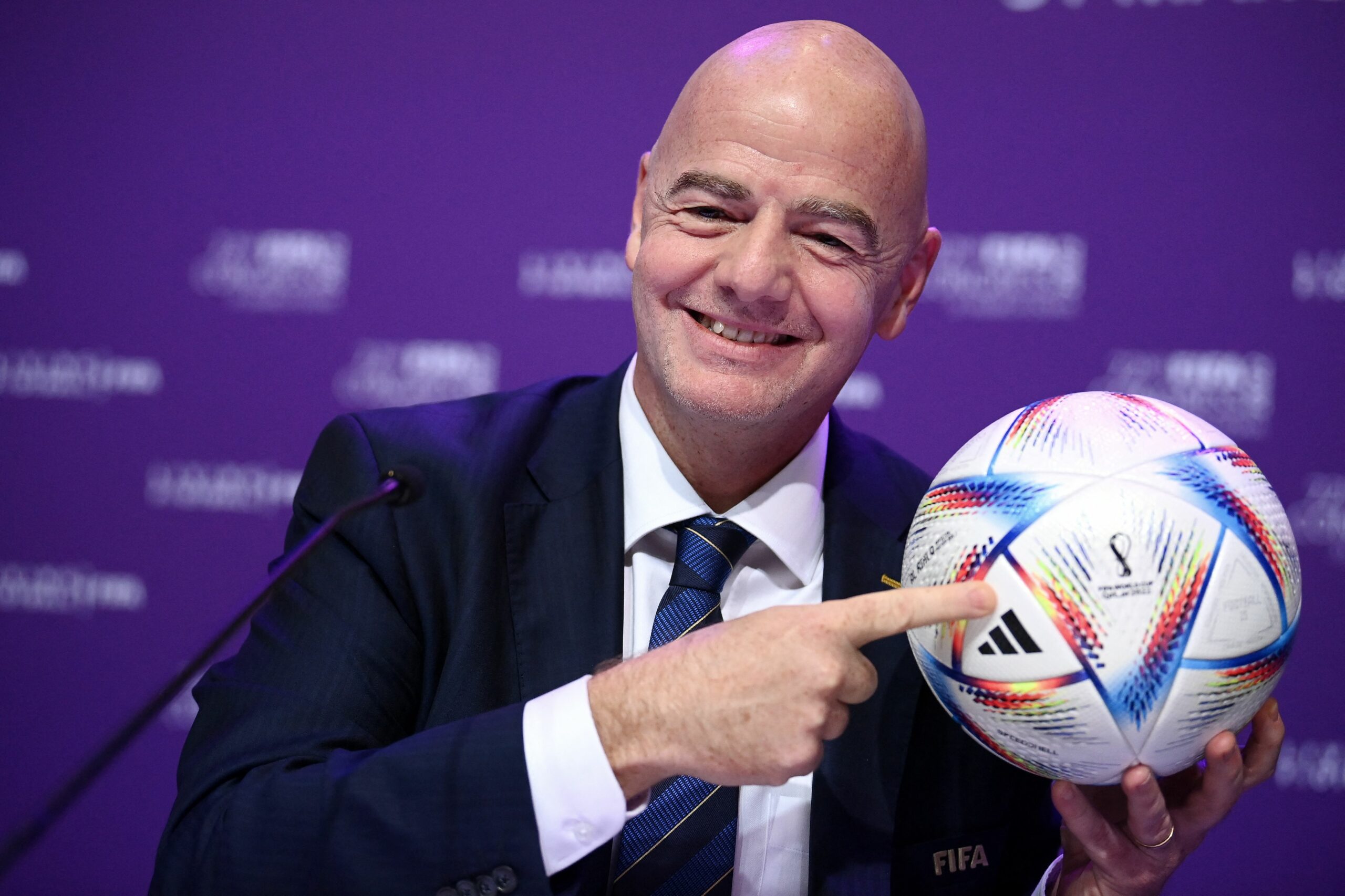 With the 2022 FIFA World Cup exactly seven months away from now, arrangements for November’s global showpiece in Qatar are heating up all over the globe.

For the 14th time in a row, Adidas was tasked with the responsibility of manufacturing the official match ball for football’s largest occasion and the ball was launched on March 30 in Doha.

It is called “Al Rihla” which is the Arabic word for “the journey” and FIFA’s Director of Marketing, Jean-Francois Pathy, expressed his delight as the ball was unveiled:

“Al Rihla’s worldwide journey will represent the incredible reach of the FIFA World Cup and give fans a unique opportunity to engage with the event as excitement builds ahead of the big kick-off.”

The ball was made with sustainability as a top priority, making it the first-ever official match ball created with water-based glues and inks.

Al Rihla was also manufactured to support the game at high speed as it travels faster in flight than any of the previous World Cup balls.

Its core has been designed to aid accuracy and consistency and support quick passages of play without losing shape. The 20 panels also help to enhance aerodynamics, enabling players to improve the accuracy and swerve of their shots.

Previous World Cup winners Iker Casillas and Kaka were in attendance on the day the ball was officially inaugurated while current competitors Lionel Messi and Son Heung-min are the official promotional faces of Al-Rihla.

Similar to the 2018 tournament in Russia, the World Cup match ball was once again produced in Pakistan, who have become famous and renowned for the manufacturing of quality sports equipment.

In a new development, Al Rihla is the first World Cup ball in the 92-year history of the competition which will directly contribute to raising funds to positively impact lives across the world, with one percent of Al Rihla’s net sales going to the Common Goal movement as revealed by Adidas.