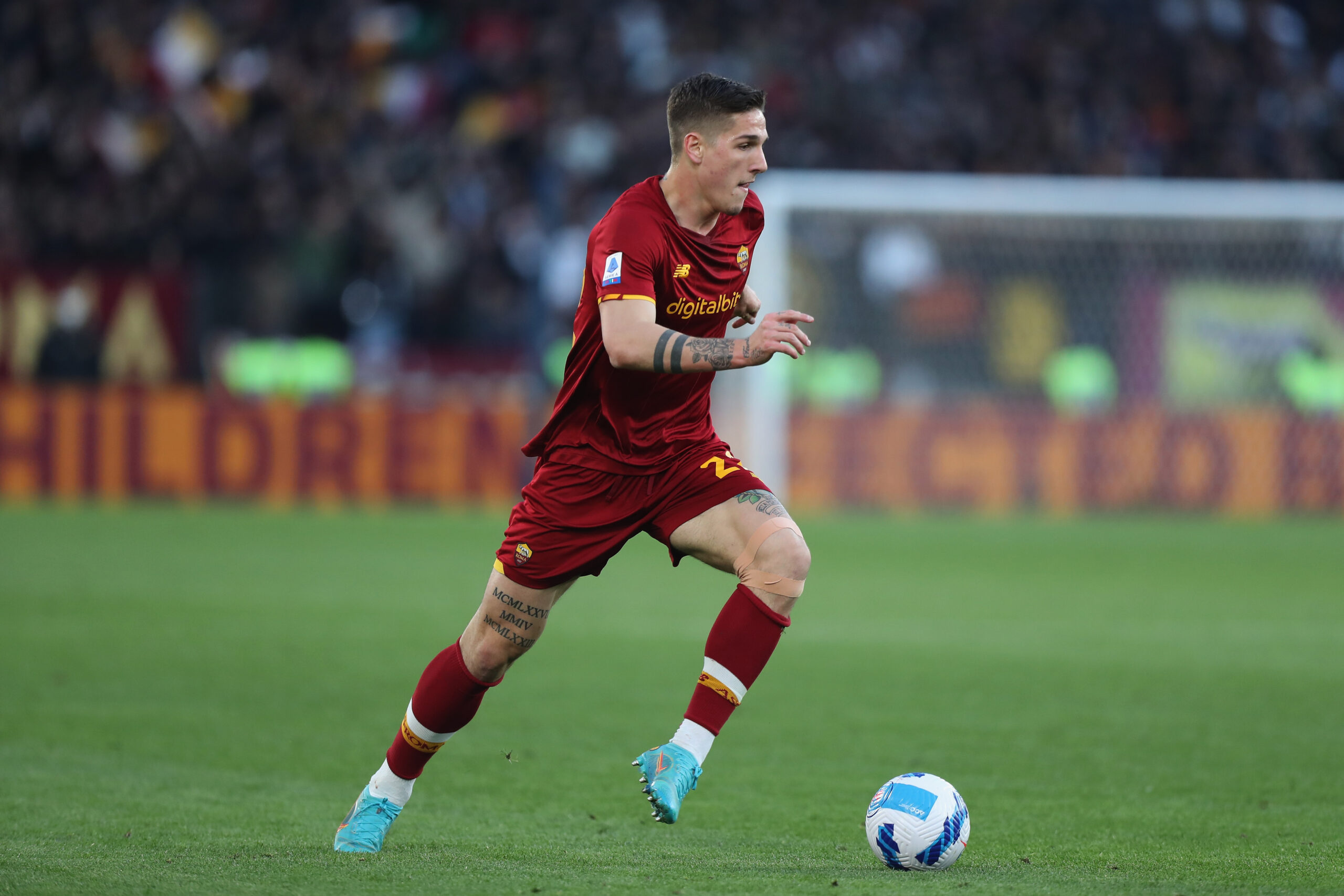 Tottenham Hotspur are keen to sign Roma midfielder Nicolo Zaniolo in the summer, according to Calciomercato.

While Roma want to receive between £49.7 and £58million, an offer of £33-£41m is quoted as a more feasible transfer fee to snap up the promising midfielder.

Having suffered numerous long-term injuries over the last couple of seasons, Zaniolo has now established himself as a first-team regular this term.

The 22-year-old recently scored his first professional hat-trick in Roma’s 4-0 thrashing of Bodo/Glimt to lead Jose Mourinho’s men to the semi-finals of the inaugural edition of the Europa Conference League, where the Giallorossi will take on Leicester City.

Zaniolo is reportedly unwilling to sign a new deal with the club which has opened the door for a potential exit from the Stadio Olimpico.

AC Milan, Atletico Madrid and Sevilla are all interested in the 22-year-old, whose contract in the Italian capital expires in 2024.

Juventus are also thought to be lining up Zaniolo as a potential replacement for the departing Paulo Dybala, but the Old Lady would have to fend off competition from Tottenham Hotspur.

Tottenham are expected to complete the signing of Dejan Kulusevski on a permanent basis, but Antonio Conte is still looking to bolster his attacking options ahead of the 2022-23 campaign.

Talks of Zaniolo moving to North London are unsurprising given that Conte recently expressed his desire to add a natural ‘number 10’ to his front line.

“Harry[Kane], he was born a striker, but he has the talent and quality to play like a number 10 with another striker in front of him. I like to have him as a striker and then eventually another number 10.

“Honestly, I prefer Harry like a number nine because when he stays into the box or the edge of the box he has great quality, right, left, also with a header, he has great potential.”

Spurs will continue their hunt for a Champions League football with a meeting against an in-form Brentford side on Saturday.

The Lilywhites currently lead Arsenal and Manchester United by three points in the race for fourth place as the season enters into its final knockings.