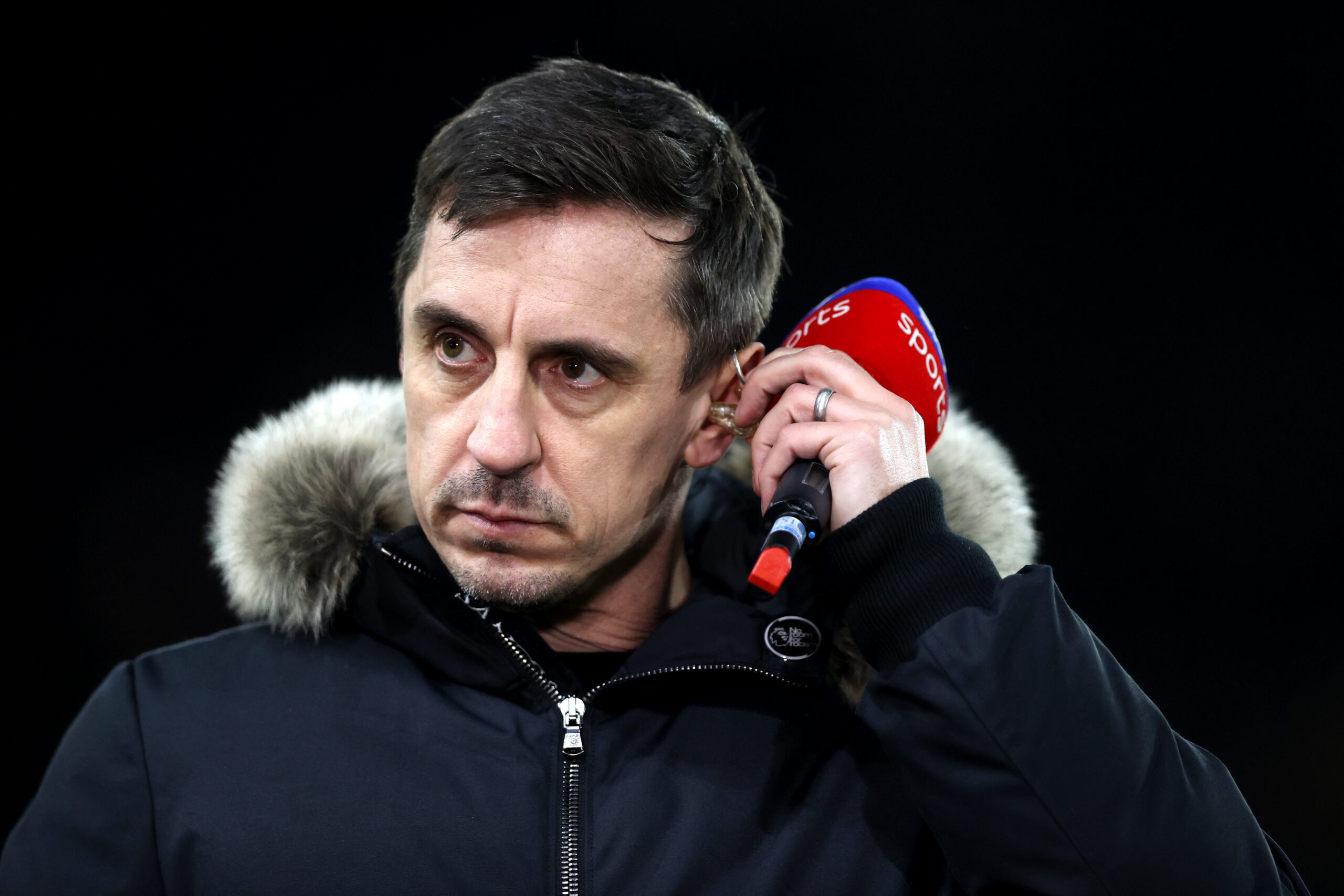 The Red Devils have had a disappointing campaign in the top-flight, and they are currently facing the prospect of missing out on Champions League football next term.

The club have fallen well behind rivals Liverpool over the past few years. It was clearly evident last night as Jurgen Klopp’s side beat them by a comfortable 4-0 score at Anfield.

There was hardly any attacking threat over the course of 90 minutes. United had just nine touches in the opposition box in a game where they were completely dominated.

Speaking after the 4-0 rout, Neville said that the concerns at United go beyond the players and highlighted that it has been a repeated failure over a 10-year period.

The former club captain added that the main blame should be on the Glazer family, who have taken dividends annually instead of spending those funds on the club’s progress.

Neville further emphasised that the Glazers should not take money out of the club in such a difficult situation. For this reason, they must end their association with the Red Devils.

He said on the Gary Neville Podcast: “It would be easy to launch into the players and I’ve done that enough, because they have to take responsibility. You can sometimes point towards the managers that Manchester United have had this season, but you have to start looking above when you see repeated failure over a 10-year period.”

“They (the Glazers) are taking dividends out of the football club. No good business, when the core activity of that business is failing miserably, when the cash has been depleted over the last three years to the levels that it has, continue to take money out.

“Out of respect, don’t take money out of a business when the core activity of the business is failing, when the stadium needs hundreds of millions spending on it, when the training ground needs money spending on it.

“When the team needs money spending on it, when they need a manager who’s paid a handsome wage to compete with [Jurgen] Klopp, [Pep] Guardiola and [Thomas] Tuchel – don’t you take money out of that club. These do and that’s why they must go.”

United had the opportunity to go level on points with fourth-placed Tottenham Hotspur with a win yesterday, but are instead trailing by three points. Antonio Conte’s side also have a game in hand and seem in pole position to secure the final Champions League spot.

The Red Devils still have five games to play this campaign. There are a number of players who could be playing for their futures at the club, considering there could be a big spending spree during the summer transfer window.

Erik ten Hag, who is due to takeover as permanent manager from July, should be offered funds to spend, but the main question lies whether the Glazers are willing to offer a significant transfer budget which has hardly been the case.

With the situation the club are currently in, it may take a massive £250 million spending spree to pursue players who would suit Ten Hag’s philosophy. Meanwhile, the club are still planning a couple of marquee signings separately.

Ralf Rangnick in an exclusive interview with Sky Sports confirmed that there could be several arrivals this summer. The German added that he has recommended a couple of high-profile names that the club could attempt to sign.