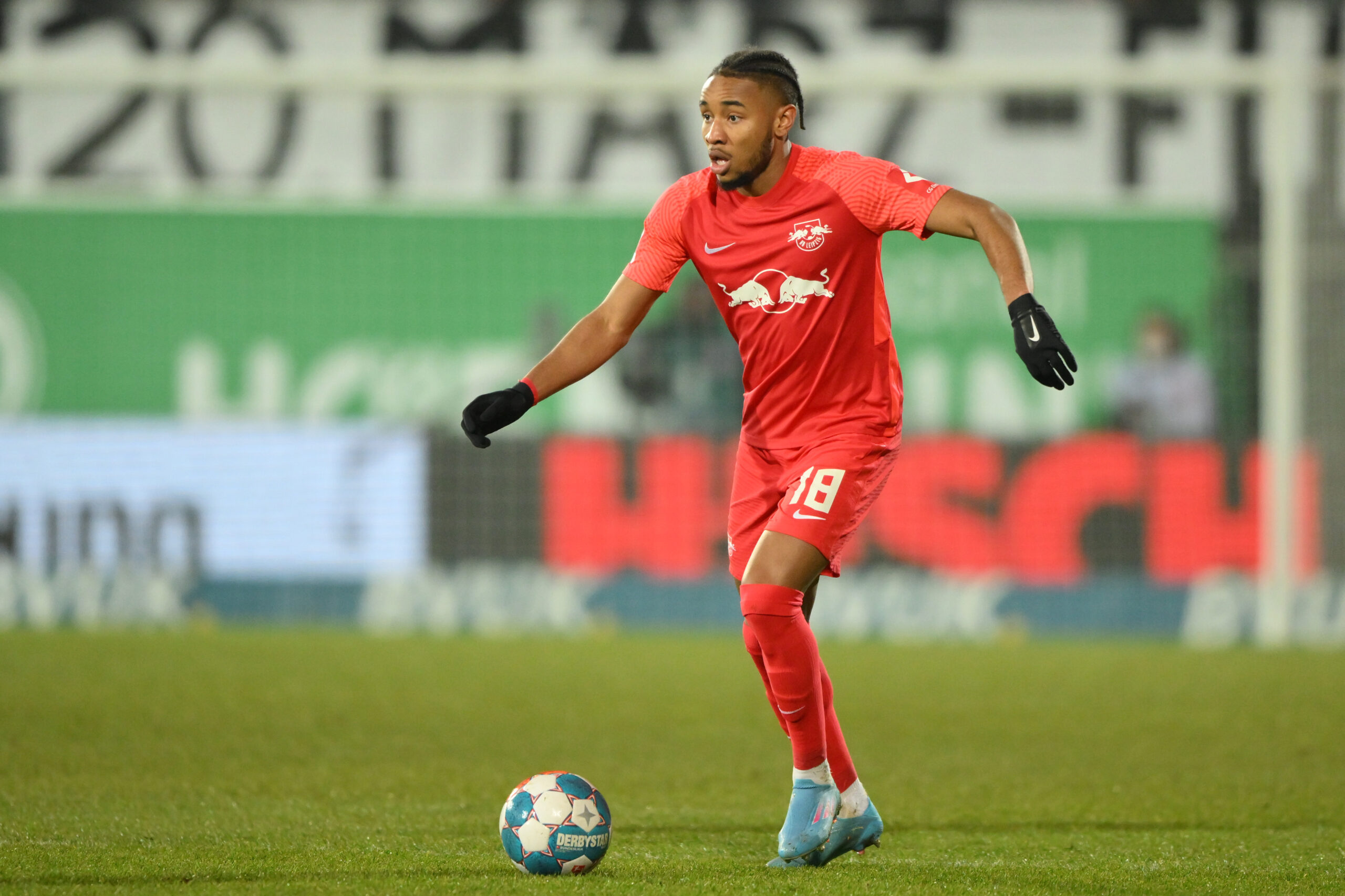 RB Leipzig have placed a £54million price tag on the in-demand Christopher Nkunku, according to German outlet Bild.

Per the report, Leipzig are keen to keep hold of their star man but an offer in the region of £54m would be enough to acquire Nkunku’s services.

The Frenchman has caught the eye of several top clubs around Europe off the back of an impressive campaign that has yielded 30 goals in 44 games across all competitions.

United would have certainly loved what they saw as the 24-year-old scored twice to lead his side to a memorable victory in Bergamo.

Due to the impending arrival of Erik ten Hag, it remains to be seen whether the Red Devils will pursue a transfer for Nkunku with ten Hag reportedly keen on taking Antony to Old Trafford.

Amid persistent links of a move away this summer, Die Roten Bullen are preparing to offer Nkunku a new deal nonetheless in a last-ditch attempt to keep him at the Red Bull Arena.

Nkunku earns £2.5m per annum at the moment and Leipzig are ready to offer him a deal worth more than double the aforementioned amount to extend his contract which runs out in 2024.

Qualifying for next season’s Champions League is the immediate target for Leipzig and Nkunku as they currently sit third in the Bundesliga table, two points ahead of Bayer Leverkusen and one further clear of Freiburg with just four games left to play.

Domenico Tedesco’s men are also through to the semi-finals of this Europa League with the first leg of their clash against Scottish side Rangers to come next Thursday.