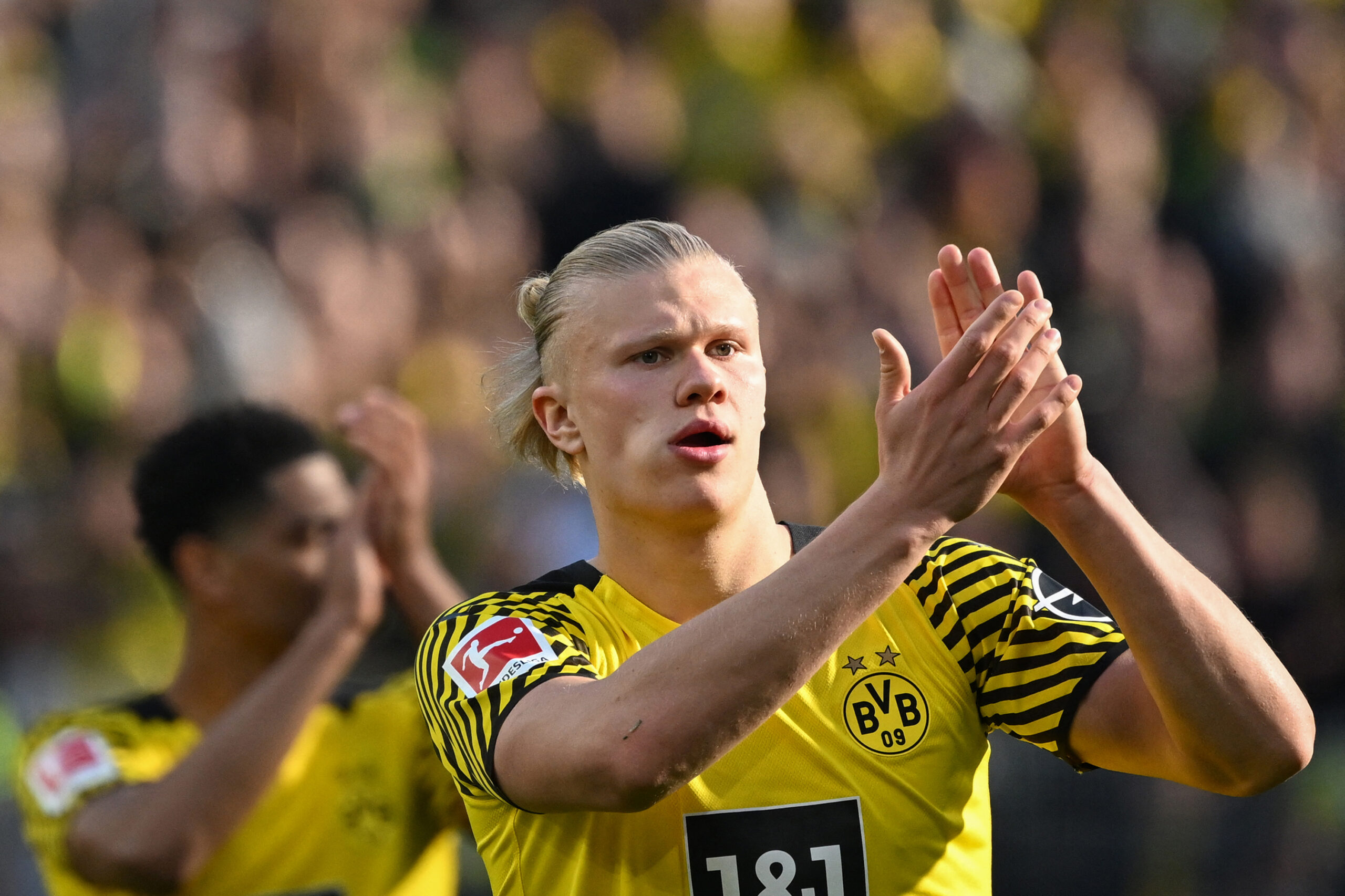 The Norway international is regarded as one of the best strikers in world football at the moment. He has had an injury-plagued 2021/22 campaign, but has still netted 25 goals and eight assists from 26 matches in all competitions.

Ahead of the summer, it has been suggested to be a two-horse race between City and Real Madrid to sign him, but the former are now clear favourites. The English champions have now agreed personal terms.

Haaland will be paid a staggering £500,000-a-week as part of the transfer. This would make him the highest earner in Premier League history, surpassing the £450,000-a-week earned by Manchester United star Cristiano Ronaldo.

Former City man and the striker’s father Alf-Inge Haaland is said to have been heavily involved in the negotiations. Pep Guardiola’s side will now proceed to trigger the £63 million release clause on Haaland’s contract.

It has been claimed previously that there is no buy-out clause included and Dortmund rather have a ‘gentlemen’s agreement‘ with Haaland. Either way, the Bundesliga outfit are set to respect the player’s decision.

Haaland’s arrival would be a massive coup for City, who despite scoring regular goals, have been prone to squandering clear-cut chances. Gabriel Jesus recently missed two golden opportunities in the 3-2 FA Cup semi-final defeat to Liverpool.

The Brazilian’s future has been put in doubt over the past few months with Guardiola reluctant to trust him to lead the line. He could be one of the players heading for the exit door as part of the rebuild of the club’s strikeforce next term.

City are set to have an exciting frontline next season with Haaland potentially partnering Julian Alvarez up front. The youngster was signed from River Plate in January, but was immediately loaned out until the end of the 2021/22 English season.

The 22-year-old, who has been likened to City legend Sergio Aguero, bagged 24 goals and 15 assists from 46 outings last term. He has added seven goal contributions from 11 outings this season. The Argentine will join City for pre-season.