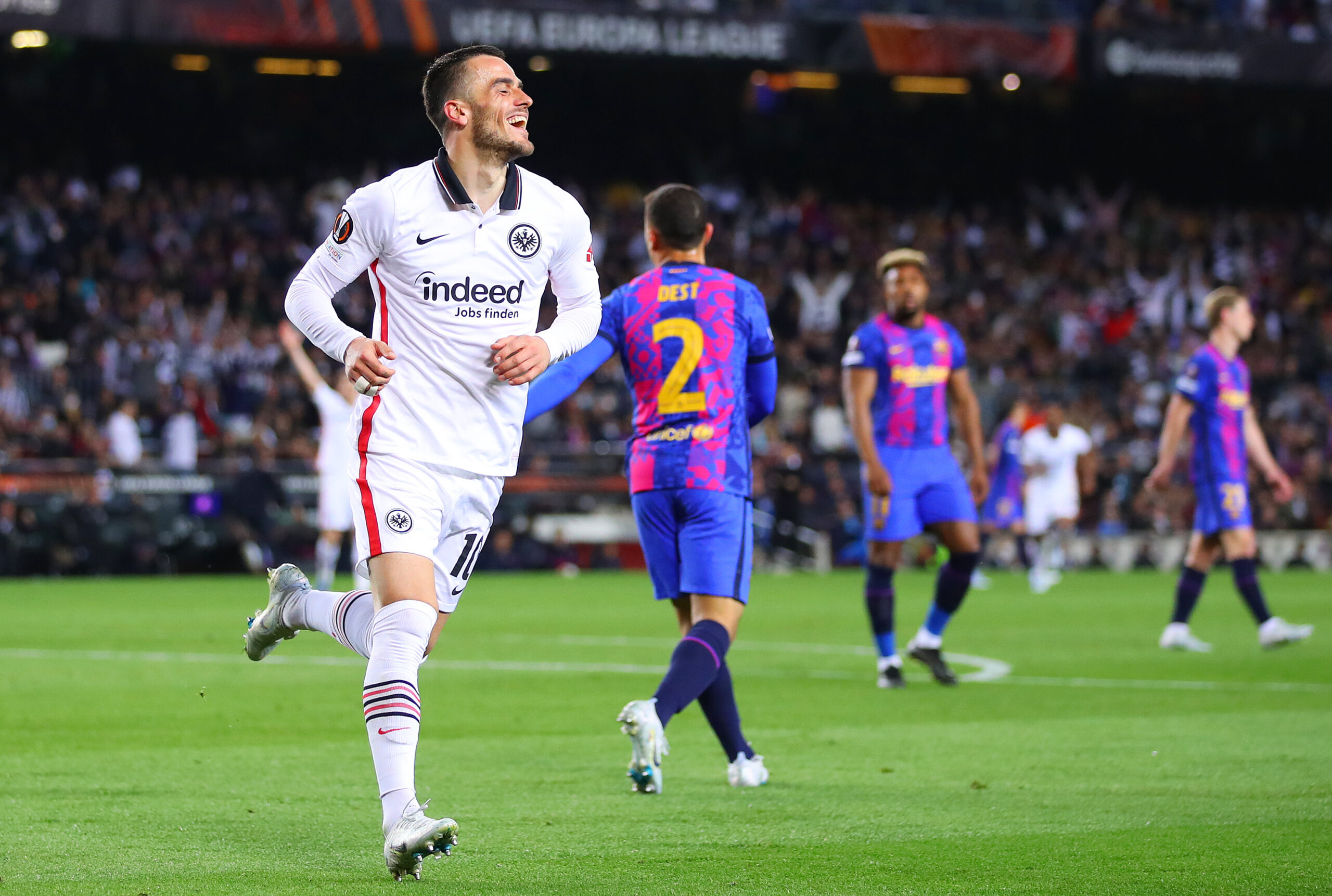 Eintracht Frankfurt star Filip Kostic has been receiving plaudits for heroics in the historic win against Barcelona in the Europa League quarter-finals.

The Serbian wing-back netted a brace at Camp Nou in the away leg to inspire Frankfurt to a 3-2 win (4-3 on aggregate).

Reports state that Kostic continues to draw interest from Europe’s top clubs after that performance against the Spanish giants, and he is unlikely to continue with the German outfit beyond the summer.

According to Sky Sports Germany, Serie A giants Inter Milan are one of the interested parties, and they have already initiated talks with Kostic’s entourage regarding a summer move.

Inter have identified Kostic as a top target to reinforce the left wing-back position, with Ivan Perisic’s contract expiring this summer.

The 33-year-old has fared well over the last two seasons, and the defending Serie A champions are working towards extending his stay at San Siro.

The Nerazzurri have offered a four year deal for Kostic with a salary of €5 million per season, but they haven’t approached Frankfurt yet.

The Eagles are said to be willing to part ways with the 29-year-old old for a fee of around €15 million.

Lazio were close to signing the Serb last summer before a last-minute mistake from the Roman club saw the deal collapse. He has changed his agency to Italian owned WSA in a bid to seal a move to Serie A.

Inter have previously been linked with the 45-capped Serbian star, but they have a big chance to sign him this summer.

Kostic has been one of the most underrated players in Bundesliga in recent years, as he has amassed 33 goals and 61 assists in 163 appearances for Frankfurt.