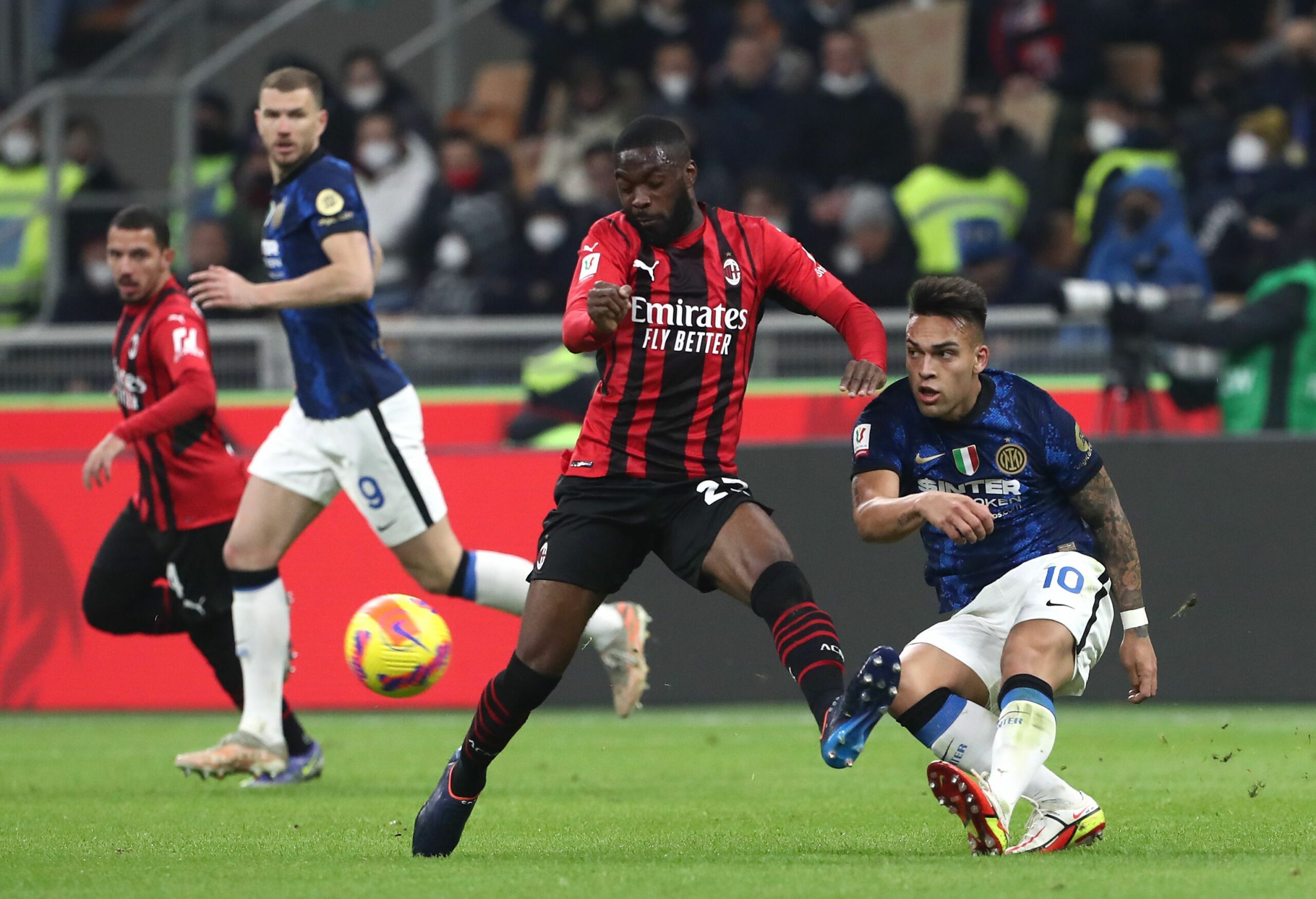 Inter Milan and AC Milan will clash in the 27th Derby della Madonnina in Coppa Italia history tonight in the second leg of the competition’s semi-final.

The two Milanese clubs are separated by a tight two-point margin in the Serie A table and will hope to book their place in the Rome final to play one of Fiorentina or Juventus.

Seven weeks have passed since the exciting but goalless draw in the first leg, and both sides will be eager to come away with a victory and carry the momentum into their Scudetto title race.

Inter will look to make an appearance in the Coppa Italia final for the first time since 2011, the same year they last won the competition.

The Nerazzurri are currently on a seven-game unbeaten run and most notably defeated Juventus 1-0 at the beginning of this month.

The reigning Italian champions have won the competition on seven different occasions compared to the Rossoneri’s five triumphs. Milan’s last Coppa Italia title goes back to 2003, despite making the final in 2016 and 2018.

Milan enter the match on an 11 game win streak in Serie A and have conceded just four times in those matches.

However, Stefano Pioli’s squad has struggled to find consistency in attack as his side is averaging a single goal per match over their unbeaten streak and have come away with many unconvincing victories in recent matchdays.

The Nerazzurri are currently on a seven-game unbeaten run and most notably defeated Juventus 1-0 at the beginning of this month.

Simeone Inzaghi will have an almost fully-fit squad as it is unclear whether centre-back Alessandro Bastoni has recovered from an issue with his calf that saw him taken off as a precaution during Friday’s match against Spezia.

The Rossoneri have an injury crisis of their own as Alessio Romagnoli, Alessandro Florenzi, Simon Kjær, and Zlatan Ibrahimović are all out on the sidelines. Davide Calabria returned to training after missing the match against Genoa and is expected to start at right-back.

Milan enters the match with an advantage through the away goal rule, having kept Inter to a clean sheet in the first leg. The Rossoneri should consider a more defensive approach and wait to strike on the counter, while Inter will likely try to take control of the possession and play with urgency.

Expect a very tight and low scoring affair that should be separated by individual errors. We think the Nerazzurri will come on top in extra time and make their first appearance in the Coppa Italia final in over 10 years.