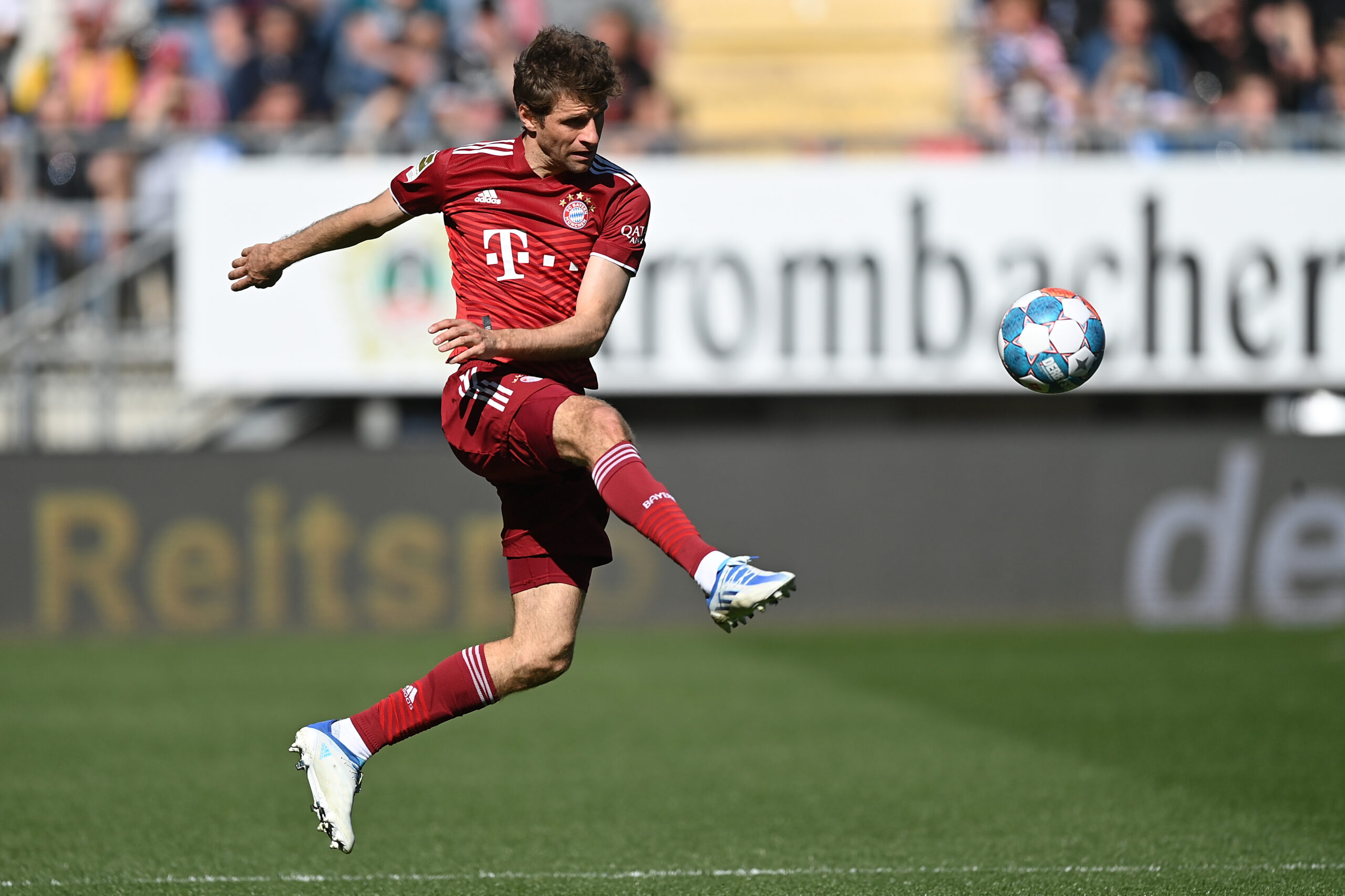 Bayern Munich have reached an agreement with Thomas Muller to extend his contract until 2025, reports BILD.

The German playmaker’s future had been subject to speculation, with his current deal running out in the summer of 2023.

However, the Bavarians have now made a breakthrough in the contract talks, and Muller is set to prolong his stay at Allianz Arena for two more years.

Being already one of the top earners of the squad, Bayern will reportedly pay €20 million per season for his new deal.

Reliable Italian journalist Fabrizio Romano also endorses the report that the 32-year-old has agreed to continue with his long time club.

Muller was optimistic when he was asked about the renewal talks recently, stating that a solution could be found sooner.

The German star said: “We are in good talks. Both sides want it. I think a solution will be found in the end.”

Muller has been one of the most consistent performers of Bayern over the years, and he has racked up 12 goals and 23 assists in all competitions this term.

He is on course to win another Bundesliga title though Julian Nagelsmann’s men came up short in the Champions League quarter-finals.

The Bundesliga champions will now turn their attention towards star players Serge Gnabry, Manuel Neuer and Robert Lewandowski, whose contracts also expire at the end of the next season.

Bayern president Herbert Hainer also stated that the club were doing its best to keep hold of those stars.

Hainer said: “Things are looking very good with Müller and Neuer, talks are advanced and I think we will be able to make an announcement soon. A conversation took place with Lewandowski. As far as I know, a second one is scheduled. The talks will continue.”