10 top strikers who could transfer this summer 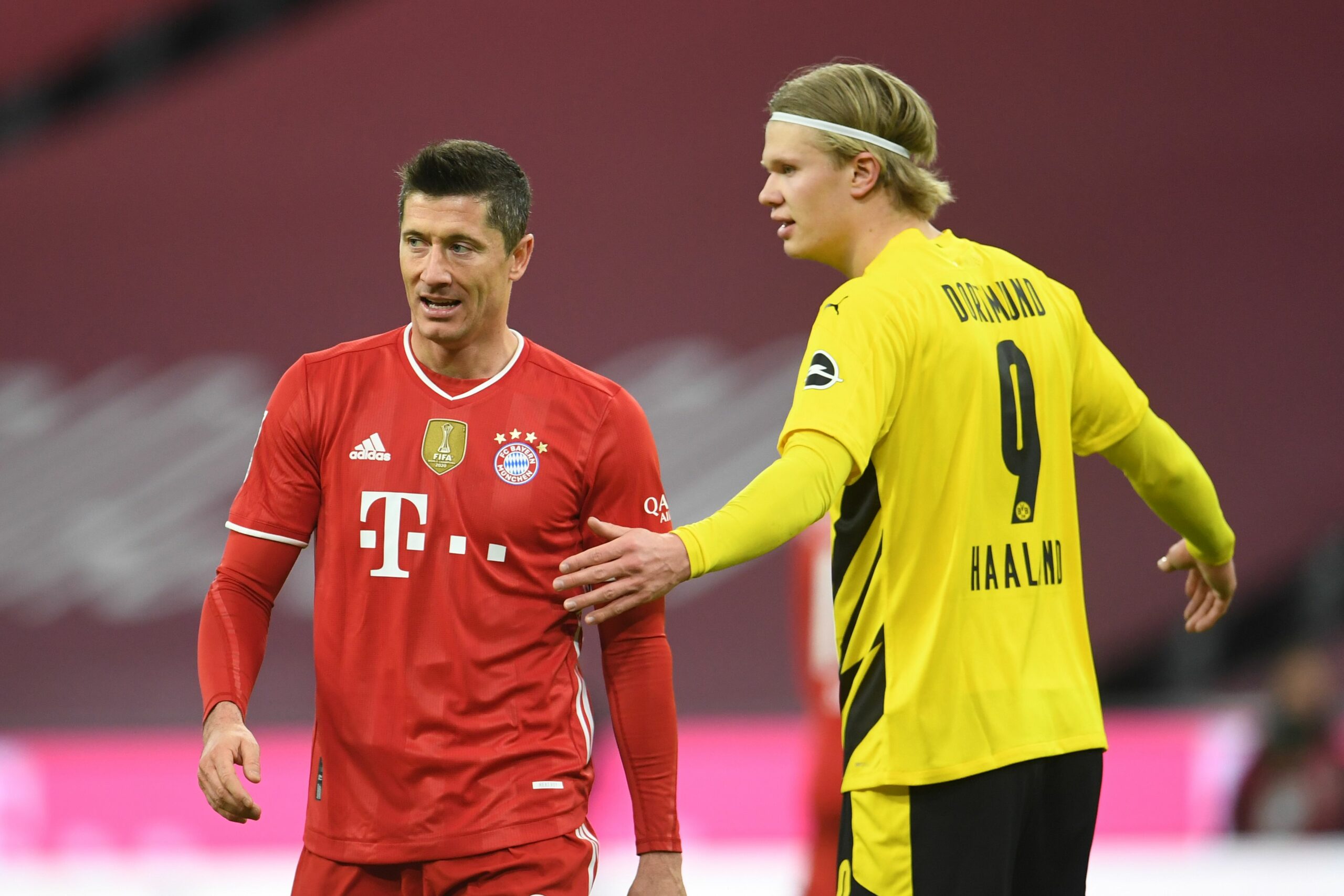 The season is fast approaching its end, with a maximum of eight league games remaining for Europe’s top clubs.

Some sides have enjoyed a fine campaign, and go into the closing stages hopeful of getting their hands on some silverware. Others have little to play for, and instead will begin to focus on next year.

The upcoming transfer window will be a vital opportunity for these clubs to improve ahead of next season. And there will be several of Europe’s richest sides looking for a new goalscorer this summer.

We could see a lot of movement during the transfer window, with many big names becoming available. Here are ten highly-rated strikers who could be on the move this summer.

Since signing from RB Salzburg two-and-a-half years ago, the Norwegian forward has been nothing short of sensational for Borussia Dortmund. In 84 appearances for the Black and Yellows, he has netted 80 goals. And, at 21 years of age, he is only expected to get better.

Haaland reportedly has a release clause which kicks in this summer, estimated to be around €75 million. Without this, he would probably be fetching at least double that fee. As a result, he has become the most sought-after asset in the world.

There will be a huge scramble for the forward’s signature, and it will end with one lucky club getting their hands on a world-class striker.

Four years ago, Kylian Mbappe joined Paris Saint-Germain as the second-most expensive footballer of all time. Since then, he has developed into one of the world’s very best players.

Aged just 23, the Frenchman has already achieved so much. He has scored over 200 career goals, won league titles with two different clubs, and won a World Cup. He is expected to add a Ballon d’Or to his extensive list of accolades in the near future.

Unfortunately for PSG, the former Monaco man is out of contract in the summer, and there have been conflicting reports about whether he will renew. If he doesn’t sign a new deal, a move to Real Madrid seems nailed on.

Despite the presence of Karim Benzema, Los Blancos should have little trouble fitting him into their side. Mbappe has proven himself playing anywhere across the front three.

Robert Lewandowski has achieved pretty much all he can at Bayern Munich. He has scored a staggering 341 goals in 370 games, helping the club to seven Bundesliga titles, three DFB Pokals, and a Champions League. On top of this, he has been named as the FIFA Men’s Best Player in each of the last two years.

Recent reports have emerged suggesting that the Poland international is looking for a new challenge. Despite his age, there would be a number of teams queuing up should he become available.

The club most closely linked with the 33-year-old are Barcelona. However, their recent financial woes could hinder their chances.

Over 300 career goals, three Premier League Golden Boots, one Playmaker Award, 49 England goals – Harry Kane is one of the finest forwards of his generation. And yet, as we all know, he has not got a trophy to his name.

Last summer, Kane tried to leave Tottenham Hotspur, with Man City seemingly his preferred destination. It is unclear whether Spurs’ progress this season will have persuaded him to stay, but the appointment of Antonio Conte is likely to have had a positive impact.

Should he pursue a move again, it is difficult to see him leaving the Premier League – he still has Alan Shearer’s record in his sights. Once again, Man City seem to be the most likely suitors.

Cristiano Ronaldo’s return to Manchester United has been the subject of much debate over the last few months. Has it been worth it? Well, that really depends on who you ask.

Ronaldo’s fans would point to his goal tally. He has netted 18 in all competitions, while no other player at the club has bagged more than nine.

However, his critics would argue that he isn’t offering enough outside of goals. His pressing, link-up play, and creativity have all come into question this season, with many believing that they would be better off with a more well-rounded striker.

The Red Devils are six points off the top four with just seven games remaining. Should they miss out on the Champions League, it is difficult to see the Portuguese wanting to stick around.

Ronaldo’s return to the Premier League may have been a point of discussion, but Romelu Lukaku’s hasn’t been. It’s fairly safe to say that the striker has struggled upon his homecoming at Stamford Bridge.

Chelsea’s record signing had a very encouraging second debut against Arsenal, but it has all been downhill from there. The Belgian has scored just five league goals – the same number as full-back Reece James. Meanwhile, the Blues have often looked better with Kai Havertz playing through the middle.

Back in December, Lukaku made a number of comments which upset the apple cart at Chelsea. His unpopularity, coupled with his underwhelming performances, make a transfer a real possibility.

From one Chelsea forward to another.

Timo Werner has found it difficult since arriving at the Londoners from RB Leipzig. In 51 Premier League appearances, the 26-year-old has scored only nine goals.

Nonetheless, he has proven in the past that he can be a prolific finisher in the right environment. In his final season in the Bundesliga, Werner struck 28 goals, finishing as runner up in the Golden Boot race behind Lewandowski.

A transfer away from Chelsea would probably be best for all parties involved.

Luis Suarez may be well into his 30s now, but he still has something left to offer at the highest level. Just last season, he bagged 21 league goals, firing Atletico Madrid to their first La Liga title in seven years.

With his contract set to expire in the summer, a move away from the Wanda Metropolitano is looking very likely at this moment in time. He is sure to attract some interest.

Lautaro Martinez has enjoyed plenty of success in recent times. Last season, he got his hands on the first trophy of his career, winning Serie A with Inter Milan, then followed this up in the summer with Argentina at the Copa America.

The forward was a key part of both of those sides. He has been linked with a move away from the San Siro for a few years, but now could be the right time for him to move on.

Alternatively, he may decide to stay put. He has a good thing with Inter, and has four years left on his contract.

To finish off the list, we’ve got a player who has recently emerged as one of football’s brightest talents. Uruguayan youngster Darwin Nunez has made an impression at Benfica this season, hitting 32 goals in all competitions.

His performances in the Champions League have drawn plenty of attention from Europe’s elite. The 22-year-old scored six goals in ten outings, including strikes against Liverpool, Bayern Munich, and Barcelona.

Haaland is obviously the Holy Grail when it comes to young strikers, but only one club can sign him. And, with Dusan Vlahovic seemingly off the market following his January move to Juventus, Nunez is very much viewed as the next best thing.