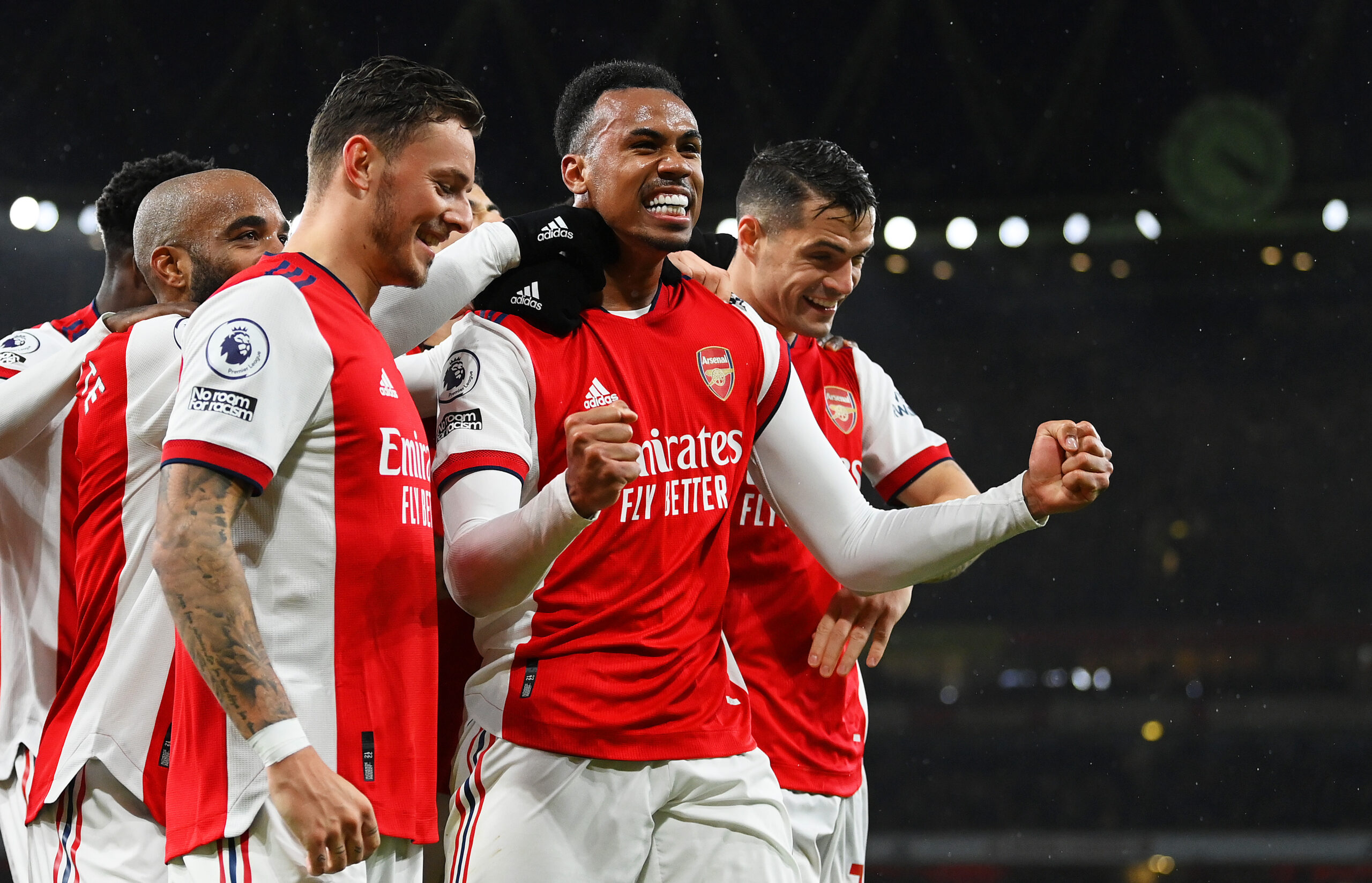 Arsenal defender Gabriel Magalhaes has said that he is ‘very happy’ at the club amid the speculation linking him with a summer move to Barcelona.

The central defender is currently in his second campaign at the north London club where he has established himself as an undisputed starter.

He has been a key player alongside Ben White, keeping 13 clean sheets in the Premier League. His performances have caught the eye of Barcelona.

Xavi Hernandez is keen on luring him to the Camp Nou, but the 24-year-old has now distanced himself by saying that he feels at home with the Gunners.

Speaking to Premier League productions via Evening Standard, he said: “It’s been a real challenge here and I am more and more settled every day. I feel better and better with each passing game.”

“At the same time, we know we all can’t be perfect in every match. We do make mistakes. But I feel good, I feel at home at Arsenal. It’s a great squad to be a part of and together I am sure we can achieve a lot. I am very happy here.”

Gabriel’s interview has come within days of Barcelona’s interest. It gives a clear indication that the Brazilian has no plans of heading for the exit door.

The news should come as a boost for the Gunners and the club’s faithful, given he is widely regarded as the best-performing defender within the squad.

Gabriel and White have been the regular central defensive pairing this campaign, and it could be one which could guide them to regular silverware in future.

The question mark now arises over the position of William Saliba, who will return to the Gunners this summer following a productive loan spell at Marseille.

The 21-year-old recently earned his maiden caps for France, and he could be eyeing regular first-team football to boost his international prospects in future.

Gunners boss Mikel Arteta could finally hand him his competitive debut next season, but there are doubts whether the hierarchy would keep him without a renewal.

The defender’s deal expires in the summer of 2024. The board may look to recoup the £27 million spent on him three years ago if there is a contract stand-off.