Tactical Analysis: Chelsea rectified their issues from the first leg against Real Madrid, but failed to hold on for the win 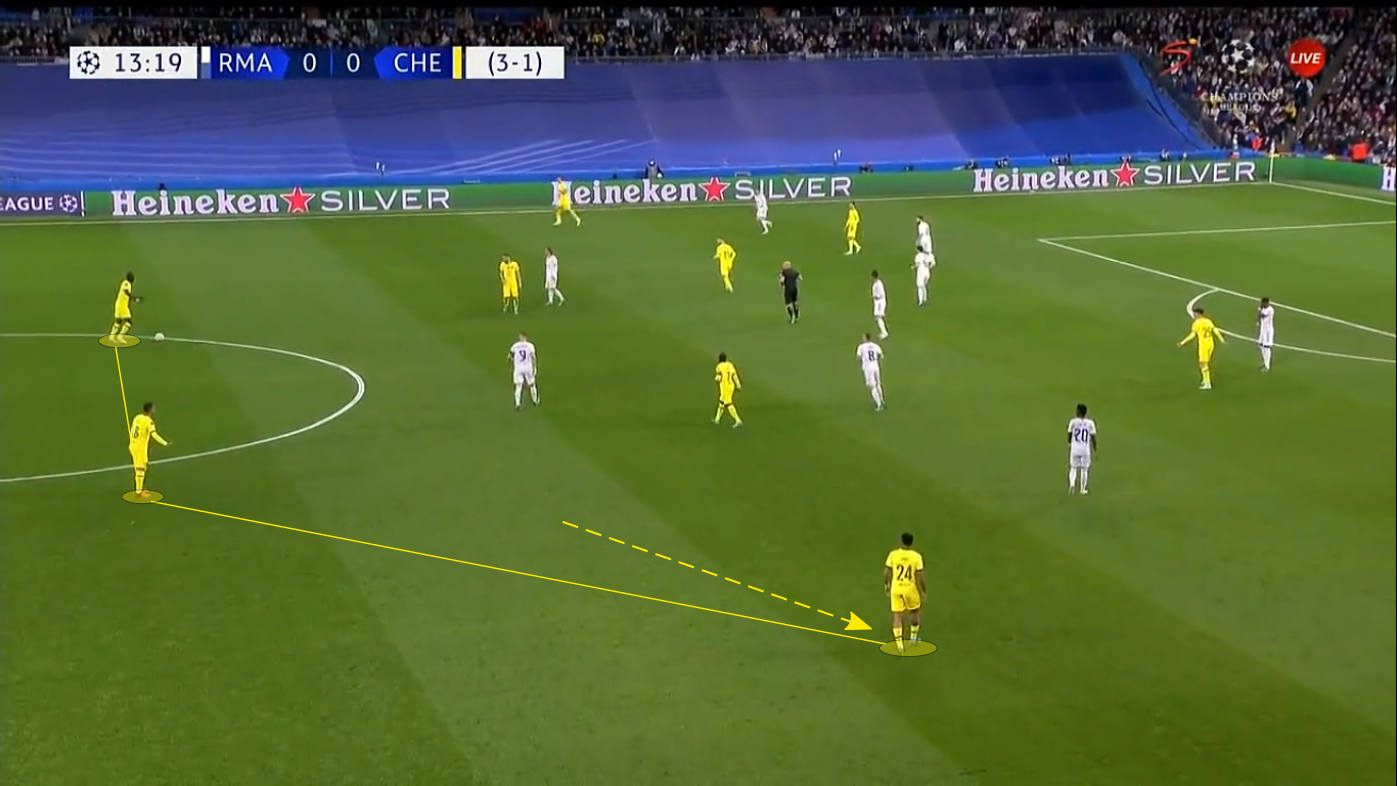 After Chelsea’s 1-3 first leg defeat in the Champions League quarter-final against Real Madrid, Thomas Tuchel bluntly suggested that the tie was effectively over and went on to admit that he made a mistake in his tactical decisions by leaving Andreas Christensen exposed one-on-one against Vinícius Júnior as Reece James stayed quite high up the pitch.

Of course, both he and his players were never going to give up without a fight, and they turned up at the Santiago Bernabéu with an updated game plan. Christensen was replaced by James in the right centre-back position, while Ruben Loftus-Cheek operated as the right wing-back, just as he had done against Southampton on the weekend.

Chelsea’s defensive shape was not quite so simple, though, as Loftus-Cheek had a hybrid role that saw him follow Toni Kroos closer than Ferland Mendy.

What this meant was that the two central midfielders for Chelsea only had one direct opponent to worry about in the form of Luka Modrić since Casemiro stayed quite deep as he always does. So, the free midfielder for Chelsea could instead focus on closing down passing lanes to Karim Benzema and therefore limiting his threat.

… to that from the first leg…

… when he quite clearly had a greater presence in the half-spaces and higher up the pitch.

The more important defensive responsibility fell to James, who often found himself isolated against Vinícius.

The Brazilian winger was restricted to just one key pass and zero shots in the 115 minutes he spent on the pitch, so it is safe to say that James did his job brilliantly despite getting booked in the tenth minute.

James and Loftus-Cheek also had intriguing roles in possession, with the former drifting out wide to the right but staying fairly deep in the back line to make sure that Vinícius was not afforded too much space in case of a Real Madrid counterattack.

The English international’s touchmap from the match looks a lot more like that of a right-back than a right centre-back because of how close to the touchline he often went.

Loftus-Cheek, meanwhile, was allowed to move infield in possession as he often took up positions in the right half-space or even the very central region. This is not reflected well in his touchmap because he mostly received the ball out wide, but an extreme example of this came in the build-up to the opening goal, when the 26-year-old Englishman delivered the pre-assist by moving into a pocket of space on the left side of the pitch.

After halving the aggregate deficit through Mason Mount, Chelsea equalised from a corner as Antonio Rüdiger headed the ball home emphatically. Marcos Alonso had a goal disallowed, but the visitors continued to push for a third and eventually found one thanks to Timo Werner.

With just 15 minutes to go, Chelsea seemed to be in total control as they had the lead and were quite clearly outsmarting their hosts from a tactical point of view. However, all Real Madrid needed was a moment of individual brilliance to get back into the match, and Modrić provided just that with an incredible assist for Rodrygo’s equaliser.

Chelsea spurned a couple of decent chances before the full-time whistle, so the match went to extra time. Here too, all it took was one instance of individual quality from Real Madrid to settle the tie, which Vinícius and Benzema provided.

The Blues will surely feel hard done by this result as they watched the win slip through their fingers and certainly seemed to be the better side across the two legs, but the beauty of knockout football is that the best side does not always win.

A look at the shotmap will tell you that this was quite a smash and grab for Real Madrid, but that is something they specialise in as the individual brilliance of their players has bailed them out time and again in the Champions League.

They could quite possibly have to face Manchester City in the semi-final if Pep Guardiola’s side hold on to their aggregate lead against Atlético Madrid, and it will take something very special for Real to ride their luck and come away with a win in that tie on this evidence.