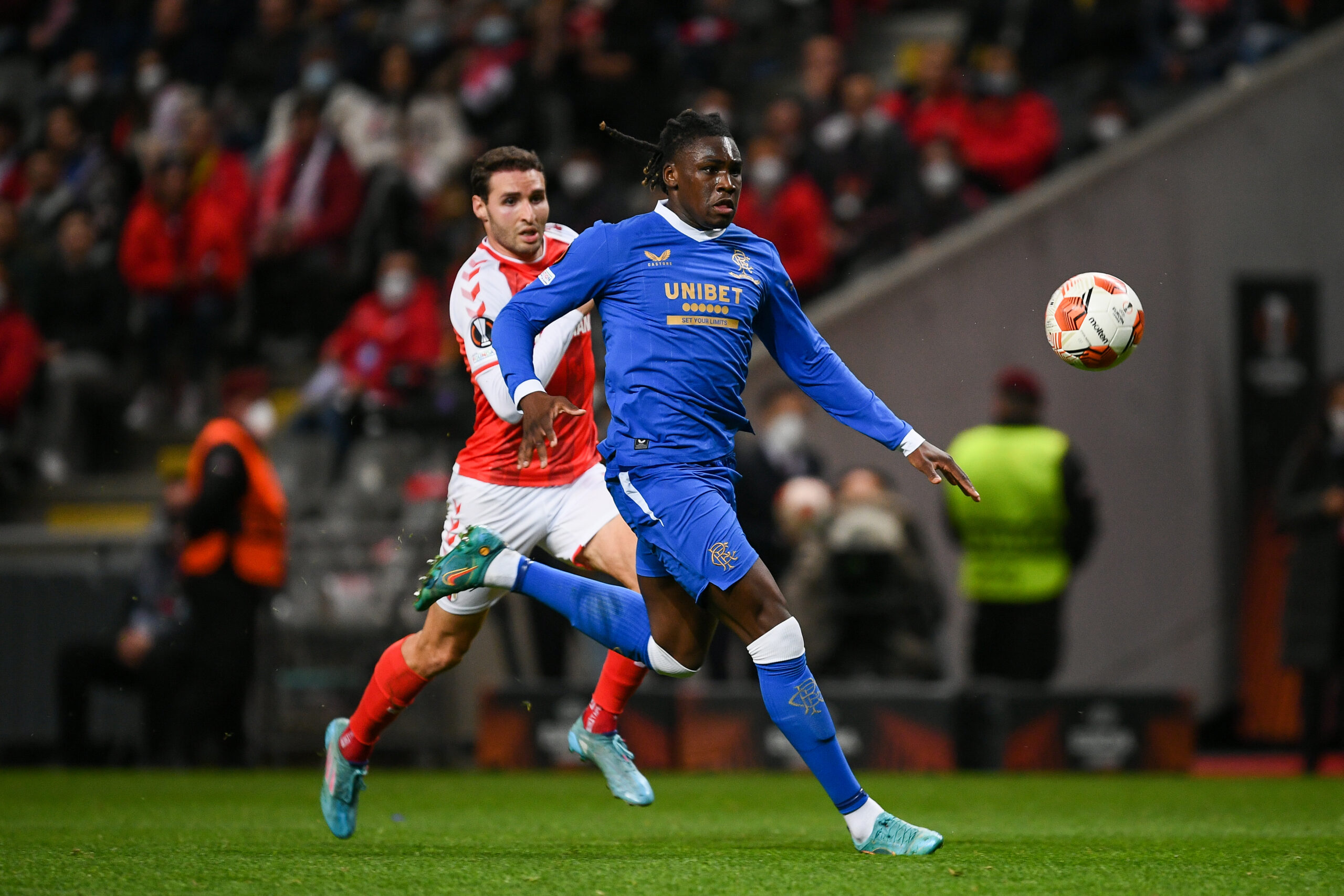 Rangers will be looking to overturn a 1-0 deficit when they encounter Braga at Ibrox in the return leg of the Europa League quarter-final tie.

The Gers found themselves on the wrong end of a 1-0 scoreline in Portugal last time out as Abel Ruiz struck home on the stroke of half-time to hand Braga a slender lead ahead of Thursday’s rematch.

However, Giovanni van Bronckhort’s side returned to winning ways in emphatic fashion over the weekend, landing an overwhelming 4-0 triumph away to St. Mirren in the Scottish Premiership.

Sunday’s confidence-boosting victory in domestic proceedings could inspire Rangers’ bid to reach the European semi-finals for the first time in 14 years.

Unfortunately for the reigning Scottish champions, they could not have picked a worse moment to take on Braga, who have won four competitive fixtures in a row ahead of this clash.

Rangers had enjoyed a stellar 13-game unbeaten run against Portuguese clubs in European action before going down in the first leg (W6, D7).

But the Gers have never lost a European home meeting with Primeira Liga visitors, racking up seven wins and three draws from ten such fixtures.

It gets better for the Ibrox faithful, as Rangers have been victorious in all five previous European two-legged ties versus Portuguese sides.

Though the first-leg triumph gives Braga plenty of reason for optimism, a trip to Scotland will likely douse the excitement, as they’ve lost all three previous UEFA fixtures in the country.

On top of that, Carlos Carvalhal’s men have struggled with sub-par performances on foreign soil of late, suffering five defeats in their last eight away matches in the Europa League proper (W2, D1).

But Braga have been flawless in UEFA ties in which they travelled to the second away leg with a lead, having won all 12 previous such engagements.

Rangers will take the field severely weakened by injuries, as Alfredo Morelos, Ianis Hagi, Nnamdi Ofoborh and Filip Helander are all on the sidelines.

But Thursday’s decider could be a rare opportunity for a slightly forgotten Aaron Ramsey to remind the footballing world of his qualities.

In his most recent interview with Sky Sports, the former Arsenal playmaker admitted he is looking to help Rangers fulfil their seasonal goals down the final stretch.

In the meantime, Braga cannot call upon the services of Roger Fernandes and Nuno Sequeira, though Carvalhal has the rest of the squad that triumphed in the first leg fit and ready.

Rangers will be out to show last week’s below-par display in Portugal was just a fluke and prove the last-32 success against Borussia Dortmund was their true colours.

Braga head into Thursday’s fixture in high spirits, but no one would dare to bet against the Gers to thrive at Ibrox.