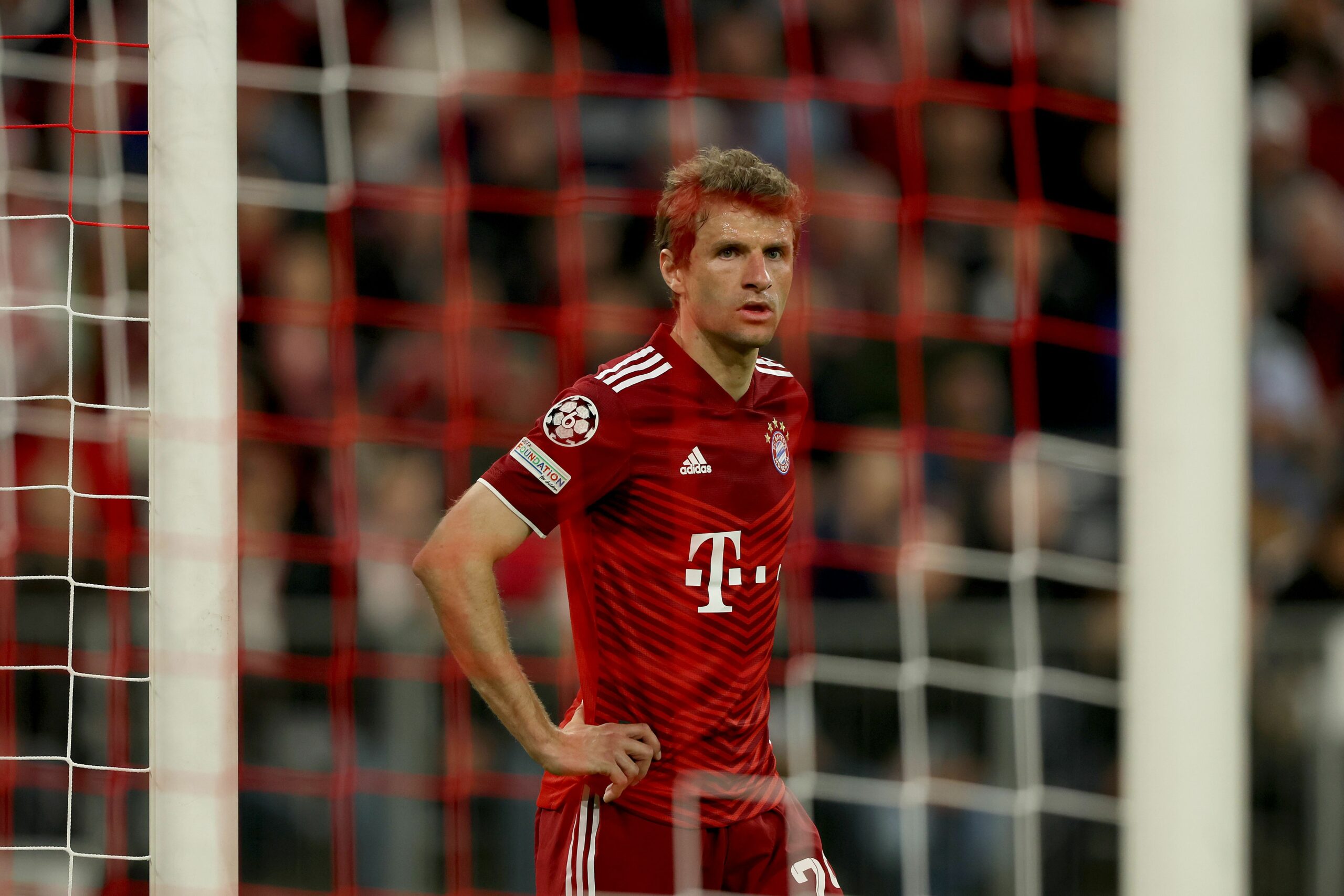 Bayern Munich manager Julian Nagelsmann has criticised Thomas Muller for his missed chance during the second leg of the Champions League quarter-finals against Villarreal.

The Bavarians entered the game with desperateness to turn things around after the shock 1-0 loss in the first leg.

They went ahead with Robert Lewandowski’s strike at the start of the second half, which was set up by Thomas Muller.

However, shortly after, the German playmaker missed an open header from Leroy Sane’s cross, which could have sealed the tie for the Bavarians.

To make matters worse, Unai Emery’s side found the equaliser in the 88th minute through Samuel Chukwueze, thus putting a dagger in the home side’s heart.

Nagelsmann spoke about Muller’s missed opportunity after the defeat, stating that the 32-year-old should be capitalising on that.

The Bavarians’ manager told Amazon Prime (h/t The Daily Mail): “Thomas has to score that, you don’t get many of those.

“The first leg was the key, we lost the duel there, we didn’t play well

“Today we did very well, tactically well. In terms of intensity, it was the best game in recent months. Need to score more goals but overall well done. Good counter-pressing, also a lot of intensity when running.”

Elsewhere, it is cloud nine for the Yellow Submarine, who continued their reputation as giant slayers after knocking out Juventus and Bayern in successive rounds.

Emery’s men await either Liverpool or Benfica in the semi-finals of the Champions League later this month.