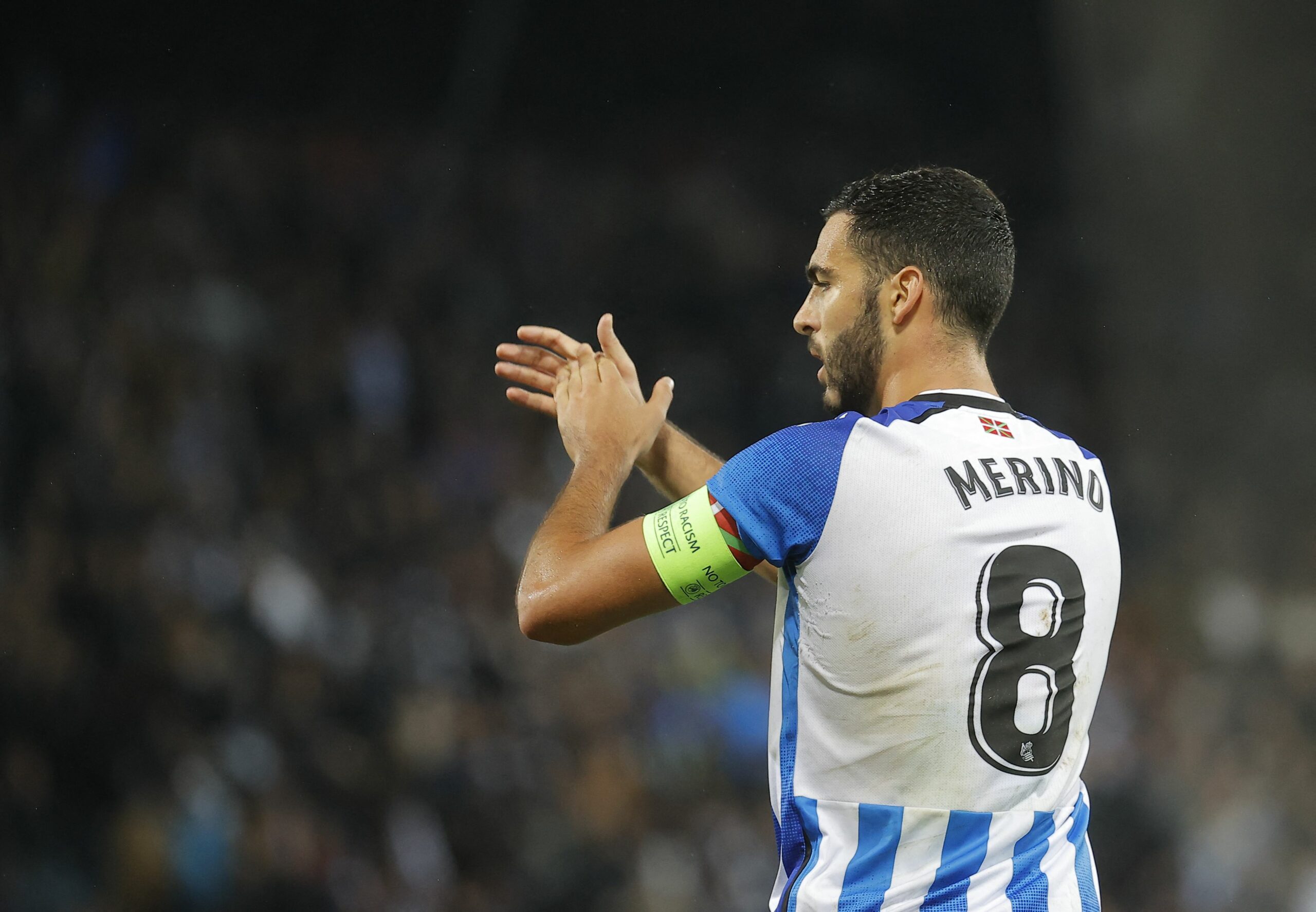 Manchester City are looking to acquire the services of Real Sociedad’s Mikel Merino to replace the outgoing Fernandinho, according to El Confidencial.

Fernandinho recently confirmed his departure from the Etihad Stadium at the end of the season after a trophy-laden nine years and Merino has now been identified as the man to fill the void that would be left by the Brazilian’s exit.

Merino has established himself as a first-team regular since moving to Sociedad back in 2018 having made 145 appearances across all competitions, winning the Copa del Rey title two years ago.

During that time, the midfielder has also broken into the Spain national team and was a member of the squad that finished as runners-up to France in the UEFA Nations League.

Merino previously had a brief spell in the top tier of English football with Newcastle United where he failed to impress before leaving St James’ Park for his current employers.

He is contracted to the Basque outfit until the summer of 2025 but has a release clause of £50million which the Cityzens are reportedly ready to trigger in order to prevent the hassle of prolonged negotiations.

Should the transfer go through, the 25-year-old would not be guaranteed a starting spot in Pep Guardiola’s side due to the presence of Rodri, who has cemented his place in the centre of the pitch over the last three seasons.

This concern casts doubt over Merino’s willingness to make the move as he will be wary of playing second fiddle at club level with a place in Luis Enrique’s plans for the 2022 FIFA World Cup still up for grabs.

However, joining Manchester City would be almost too good an opportunity to turn down and Merino could be well inclined to join the Premier League champions ahead of the 2022-23 campaign.