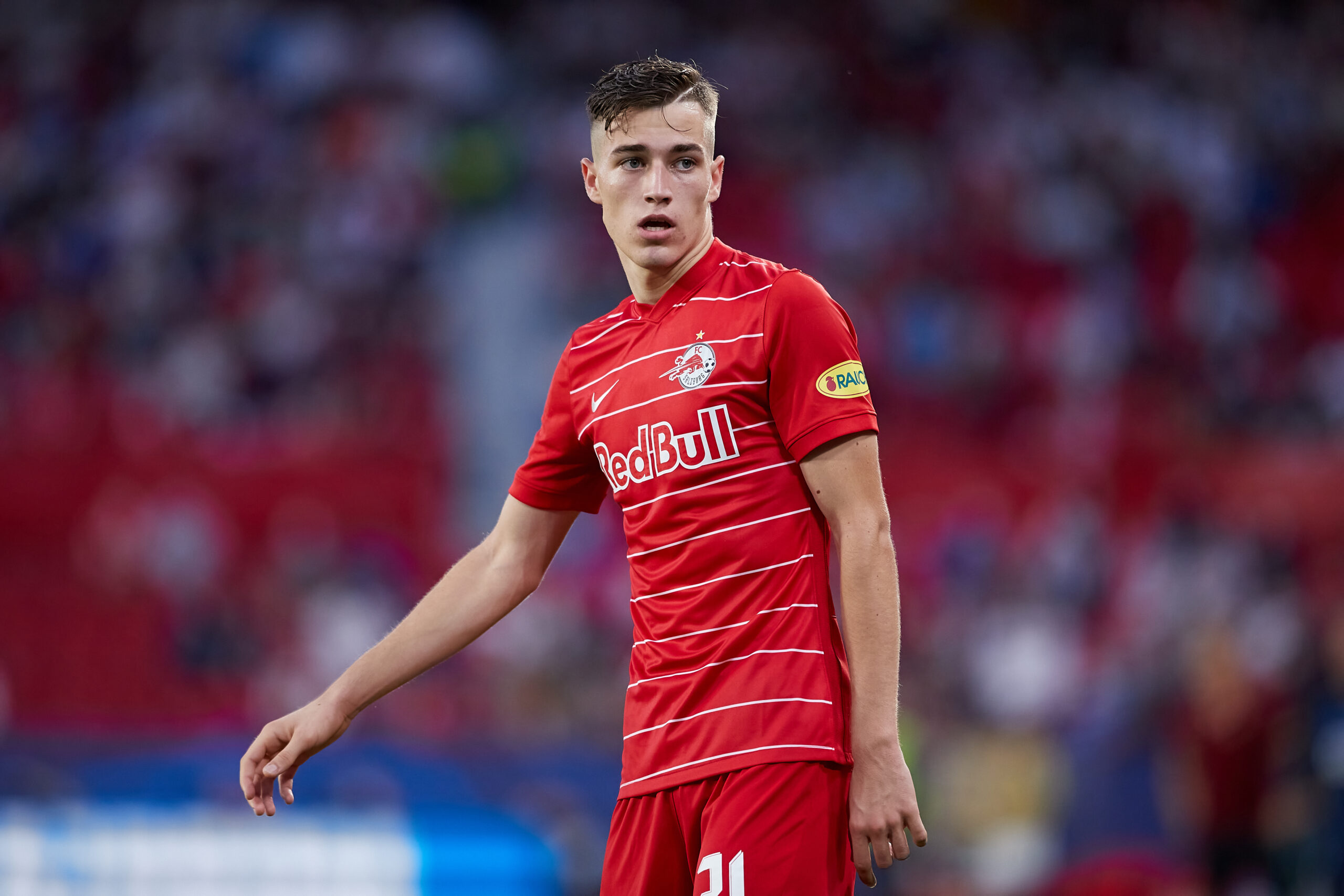 Karim Adeyemi has been the most familiar name in recent times to emerge out of RB Salzburg due to his impressive 2021/22 campaign and the links to European heavyweights.

Perhaps, Sadio Mane, Naby Keita, Erling Haaland, Dominik Szoboszlai, Takumi Minamino, and Hwang Hee-Chan, to name a few, all were brought to the spotlight by the Austrian giants before earning moves to top clubs.

Luka Sucic could be next in the line as he has enjoyed his breakout campaign with Salzburg this term.

The 19-year-old, who can play as a No.10 and central midfielder, has racked up seven goals and three assists in all competitions this season.

Considered the heir to his compatriot and Real Madrid legend Luka Modric, Sucic earned his debut for the Croatian national team against Slovakia last year.

His impressive form continues to knock on the doors of European giants, with a new report from Sport Bild stating that Liverpool have joined the race alongside AC Milan.

The Reds raided Salzburg for Minamino in 2020, and now they have also been left impressed with Sucic’s potential.

Elsewhere, Milan, who are as shrewd as the Merseysiders when it comes the transfer dealings, want to add the Croatian prodigy to their ranks.

The teenage sensation is contracted to Salzburg until 2025, and it remains likely that top clubs would battle for his name sooner.