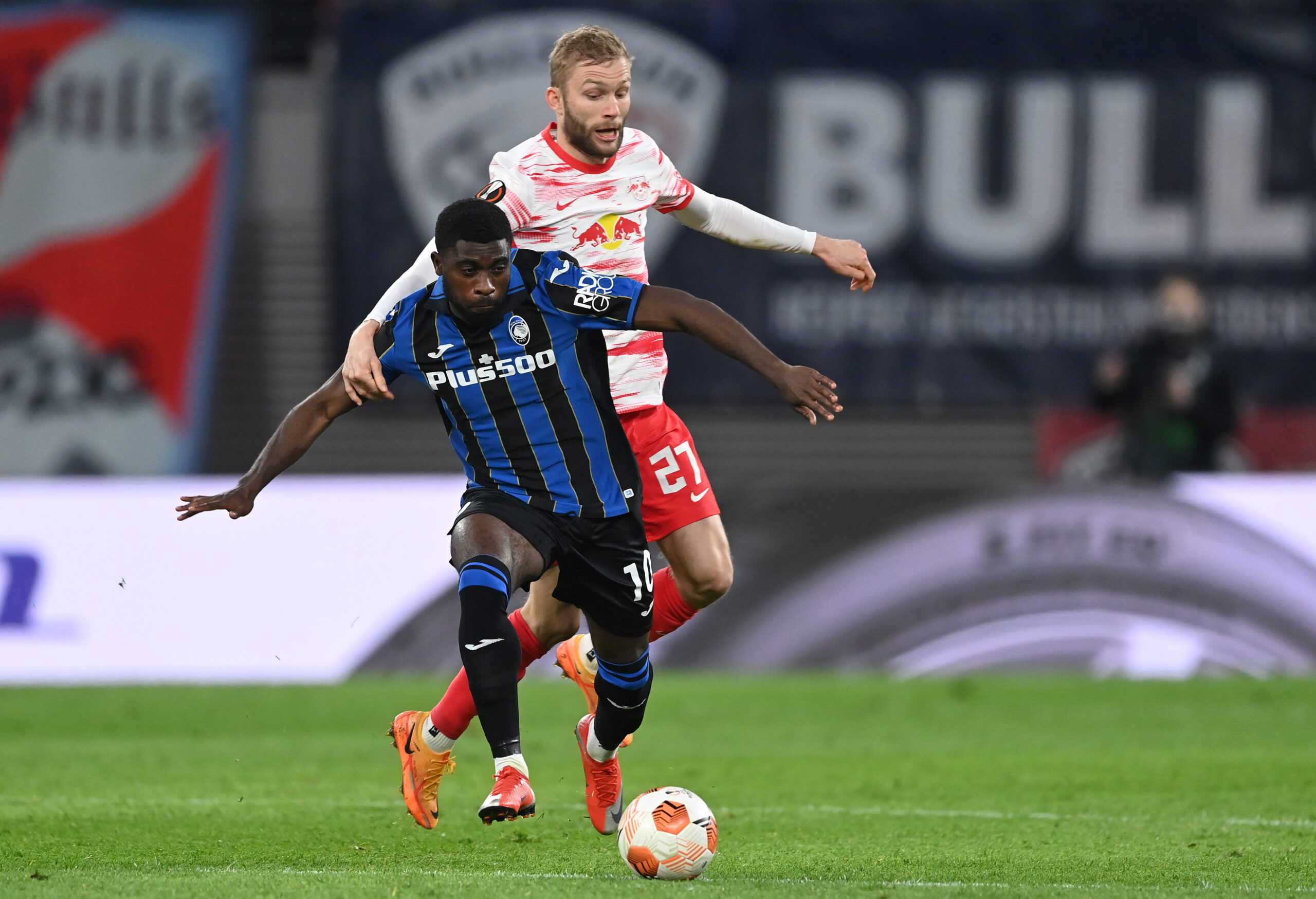 Thursday’s Europa League action gets underway in Bergamo as Atalanta and RB Leipzig go head-to-head in the second leg of their evenly-poised quarter-final tie.

Atalanta will be hoping to maintain their unbeaten home record against German sides in the Europa League (W2, D1) and qualify for the competition’s semi-finals for the first time in the club’s history.

However, Gian Piero Gasperini’s men head into this encounter winless in three competitive fixtures (D1, L1), including a 2-1 defeat away to Sassuolo at Serie A weekend.

Unlike their hosts, Leipzig swept TSG Hoffenheim aside with an overwhelming 3-0 victory on Sunday to solidify their position in the Bundesliga top-four race.

Goals have been in short supply for Atalanta of late. They have netted one or fewer in their last six competitive outings since a 3-2 home win over Leipzig’s fellow Bundesliga rivals Bayer Leverkusen in this competition.

Additionally, Gasperini’s men have never lost a home match in the Europa League proper (W7, D4), though they are winless in their last two competitive fixtures at the Gewiss Stadium (D1, L1).

Leipzig have been one of the most exciting away teams to watch in Europe this season, with their four European games on hostile turf featuring a staggering 23 goals (GF:13, GA:10).

Domenico Tedesco’s side have won their last two away matches in European action by an aggregate score of 8-1 and could make it three victories in a row for the first time.

Die Roten Bullen will be filled with confidence after winning their last six competitive away fixtures – a walkover against Spartak Moscow in the previous Europa League knock-out round excluded.

Berat Djimsiti and Josip Ilicic are definite absentees in the Atalanta camp, while Gasperini is still sweating over indispensable midfielder Remo Freuler.

As for Leipzig, Amadou Haidara should be the only high-profile absentee, as he has yet to recover from a nasty knee injury.

Star winger Christopher Nkunku, who has emerged as one of Manchester United’s top targets for the summer transfer window (via The Sun), will lead the line for the travelling side.

While Atalanta are seemingly running out of steam, Leipzig head into proceedings amid a rich vein of form, which includes just a single defeat in competitive action this calendar year.

Although both sides boast a wealth of attacking potential and the ability to shine in these high-octane moments, we back the Germans to snatch a win and advance to the semi-finals.