Manchester City vs Liverpool: Who has the easier fixtures in the title race? 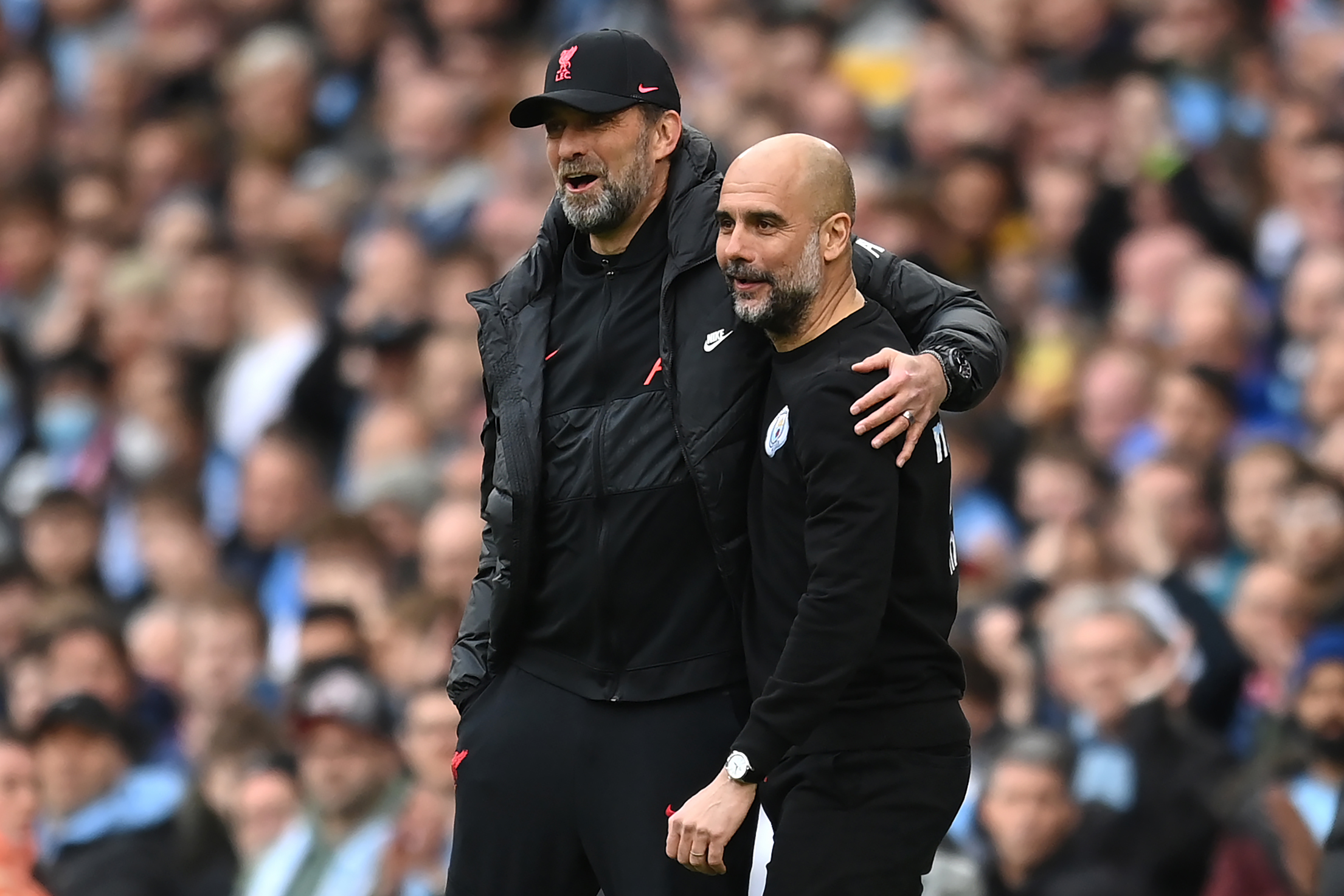 Over the weekend, Manchester City and Liverpool clashed in a potentially-decisive match in the Premier League title race.

And, after a thrilling 90 minutes, we were left in the same spot as before. The match finished 2-2, leaving the Cityzens top of the table by just one point. Now, with seven games remaining, Liverpool have to hope that their opponents can drop some points along the way.

This is the third time in the last decade that these two have taken a title race down to the wire. The previous two occasions – in the 2013/14 and 2018/19 seasons – Man City got the better of the Reds thanks to victories on the final day.

Will history repeat itself? Or will it be third time lucky for Liverpool? This remains to be seen, but here are the remaining fixtures for each side.

*Date to be confirmed.

Pep Guardiola’s men have the upper hand going into the closing stages of the campaign. They know that if they win every remaining match, they will lift a fourth league title in five seasons.

And, on paper, they will be expected to achieve maximum points. They don’t play a team inside the top five, and most of their matches are up against mid-table opposition.

At this stage of the season, the mid-table sides are often the best sides to face. They won’t qualify for Europe, and they won’t go down. Their seasons are over – these games are meaningless to them.

That doesn’t mean we should expect a walkover in these matches, but the odds will be heavily stacked in Man City’s favour. They have already beaten every one of these teams this season, which they will take confidence from.

The trips to the London Stadium and Molineux are looking like the toughest tests they’ll face. West Ham are looking to consolidate a Europa League place for the second season running, while Wolves are also still in with a shout of European football.

Meanwhile, they have one clash with a relegation contender. Watford are six points adrift from safety, but will be scrapping for their lives down at the bottom.

Comparatively, Liverpool seem to have the tougher set of matches. Their opponents average 41.6 points this season, while City’s average 37.4. In addition, the Reds’ opponents have more to play for.

Man Utd, Tottenham, and Wolves are all still battling it out for European football, and Everton are in a relegation battle. Whether these things will still be true when they face each other remains to be seen.

Spurs are by far the toughest team that either side will face. Since the arrival of Antonio Conte, they have picked up more points than anyone outside of the top two. They held Liverpool to a draw in north London earlier this season, and got an impressive three points at the Etihad Stadium.

Furthermore, the clashes with Man Utd and Everton have an extra edge to them as infamous rivalries. The fans will be more fired up than ever for these matches, making them even less predictable.

Jurgen Klopp’s side will go into every one of these games as favourites. However, the balance of the title race is currently tilted against them.