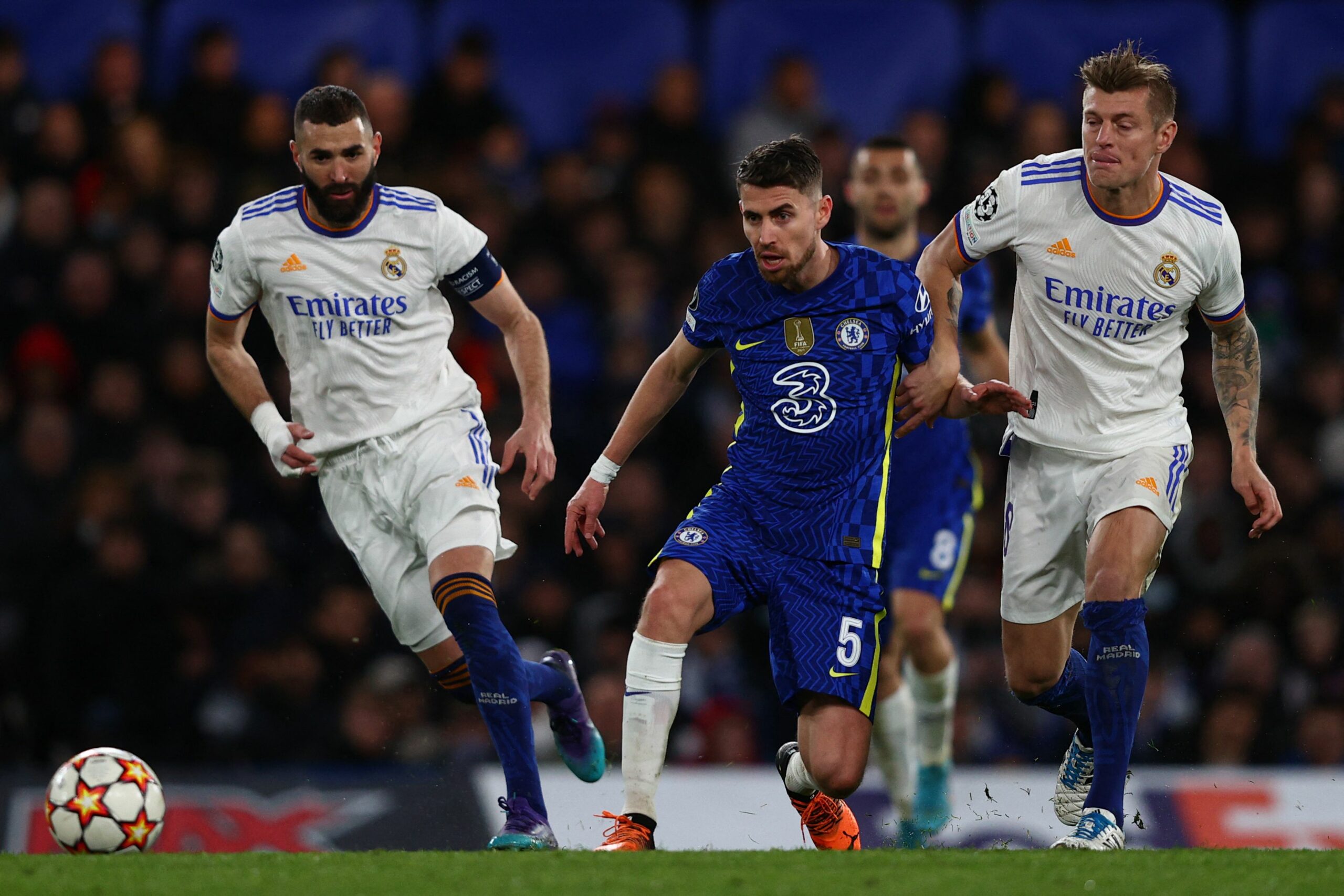 Real Madrid have made a giant step forward to avoiding a first Champions League quarter-final exit since 2003/04 by beating Chelsea 3-1 in the first leg of their blockbuster quarter-final tie.

Karim Benzema notched up a stunning hat-trick at Stamford Bridge to hand Los Merengues a substantial two-goal cushion ahead of the second leg at the Santiago Bernabeu.

Kai Havertz netted a consolation goal for the reigning European champions, who will have to emulate Madrid’s success from the previous knock-out round to qualify for the semi-finals.

Carlo Ancelotti’s men came from a two-goal deficit to overcome Paris Saint-Germain in their mouth-watering last-16 tie to present themselves with an opportunity to avenge last season’s semi-final exit.

Coming into this fixture, Madrid eased past La La Liga strugglers Getafe 2-0 while Chelsea dismantled mid-table Premier League side Southampton 6-0 on the road.

Knocking Madrid off their perch is one of the most formidable tasks, with Los Merengues progressing from nine of their last ten Champions League knock-out ties after winning the first leg away.

Ancelotti’s men have racked up three consecutive home victories in Europe’s elite competition, so they should feel confident about reaching the last four.

Ancelotti himself could make history by becoming the third-ever manager to guide their sides to eight Champions League semi-finals after Pep Guardiola and Jose Mourinho.

Chelsea face an uphill task to turn this tie on its head, and after scoring 3+ goals once in away Champions League knock-out games once, they look like a doomed outfit.

Yet, the minimum requirement needed to take this tie into extra-time is to score twice, a feat the Londoners have achieved across their last six competitive away matches (W6).

Interestingly, 40% of the Champions League goals the Blues conceded under the stewardship of Thomas Tuchel have come against Madrid (4/10).

Madrid will be without ex-Chelsea star Eden Hazard, Luka Jovic and Isco Alarcon due to injuries, while Eder Militao is sidelined for accumulated bookings.

Cesar Azpilicueta is unavailable after testing positive for COVID-19 on Friday. Ben Chilwell and Callum Hudson-Odoi are dealing with long-term injuries, while Romelu Lukaku could be fit to feature.

Following an inspiring showing at St Mary’s Stadium at the weekend, no one would dare to put it past Chelsea to net a couple of goals in Madrid.

However, the runaway La Liga leaders have plenty of experience in these situations, and we back Madrid to hold onto their lead and advance to the next stage.