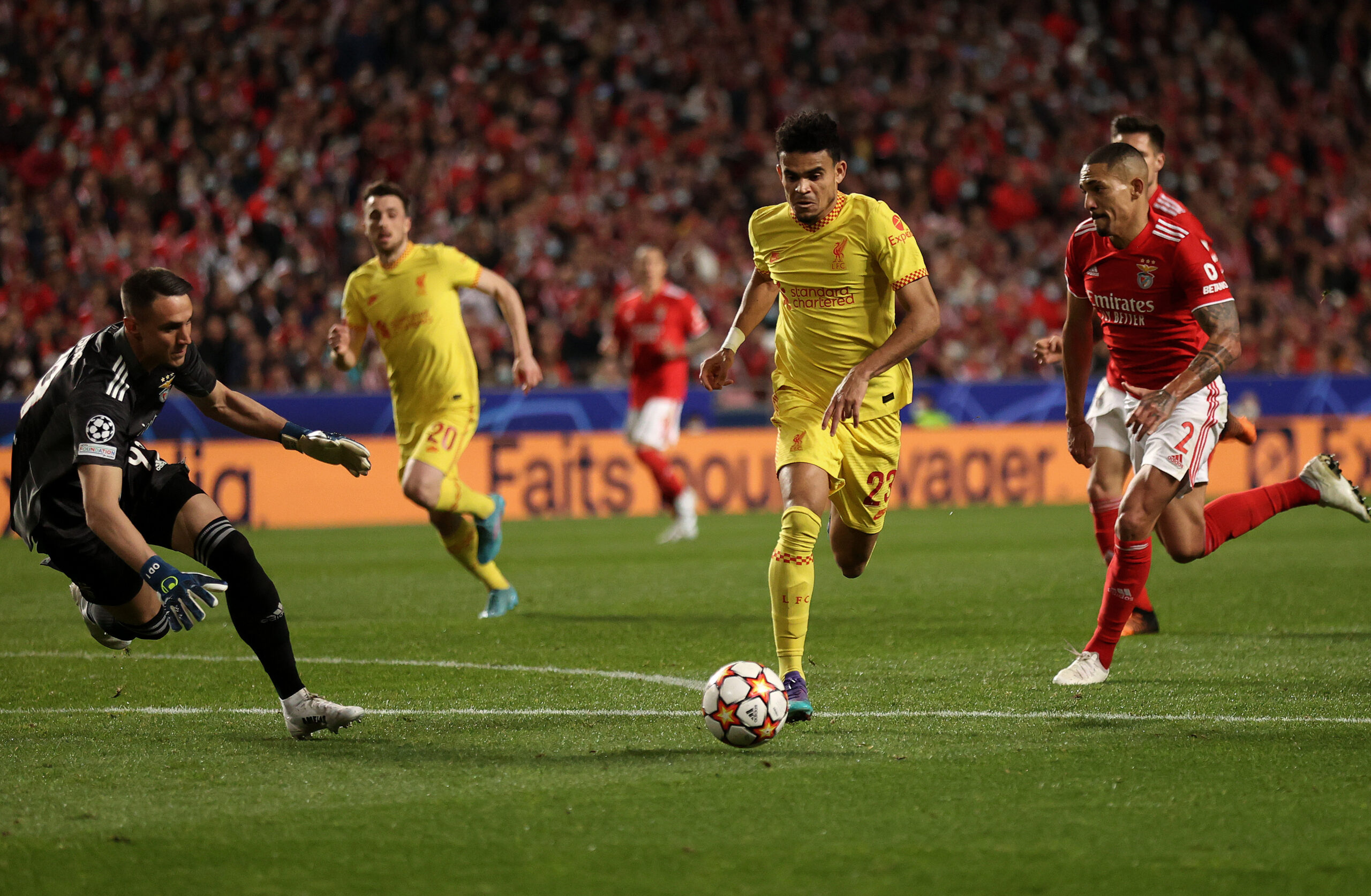 Liverpool have one foot in the Champions League semi-finals after recording a comfortable 3-1 win at Benfica in the first leg of their quarter-final tie.

Goals from Ibrahima Konate, Sadio Mane and Luis Diaz catapulted the Reds to an all-important triumph at the Estadio da Luz last time out.

Darwin Nunez’s goal gives Benfica some faint hopes ahead of the return leg at Anfield, but Liverpool are in firm control of this tie.

Jurgen Klopp’s side hit back twice to hold Manchester City to a 2-2 draw in Sunday’s Premier League blockbuster clash at the Etihad Stadium, taking their unbeaten run in competitive action to six matches (W5, D1).

Given how the Merseysiders have performed at home this season, the Anfield faithful could be forgiven for expecting another routine victory on Wednesday.

Liverpool’s first-leg triumph in Lisbon means they have now won their last five Champions League fixtures against Portuguese clubs by an aggregate scoreline of 16-3.

Since losing to Benfica in 2006, the Reds have gone unbeaten in their subsequent seven European matches against Primeira Liga sides (W7, D2), further adding to their confidence.

Benfica’s come-from-behind 3-1 home win over Primeira Liga strugglers Belenenses at the weekend showed they are no quitters, halting a run of consecutive defeats in all competitions.

However, Liverpool will be a different kind of challenge, especially considering the Eagles have racked up just one victory across their last nine away games in the Champions League proper (D3, L5).

Curiously, though, Benfica remain one of just two sides to have defeated Liverpool by a 2+ goal margin at Anfield in the Champions League knock-out stages, doing so in the 2005/06 round of 16.

Liverpool have no fresh injury concerns after Naby Keita returned to the fold, though Klopp could elect to make some changes to the line-up that triumphed in Lisbon.

The Reds’ two-goal cushion could hand Roberto Firmino a rare start at the expense of either Sadio Mane or Mohamed Salah.

Lucas Verissimo and Rodrigo Pinho have yet to overcome their fitness problems, but Benfica head coach Nelson Verissimo still has a wealth of options at his disposal.

Liverpool paid the ultimate price for getting complacent following a 2-0 away first-leg win at Inter Milan in the previous knock-out round, losing the return fixture 1-0 at home.

Klopp’s men must have learnt their lesson and we back the Reds to brush Benfica aside with another morale-boosting victory ahead of their upcoming FA Cup semi-final clash against Man City.