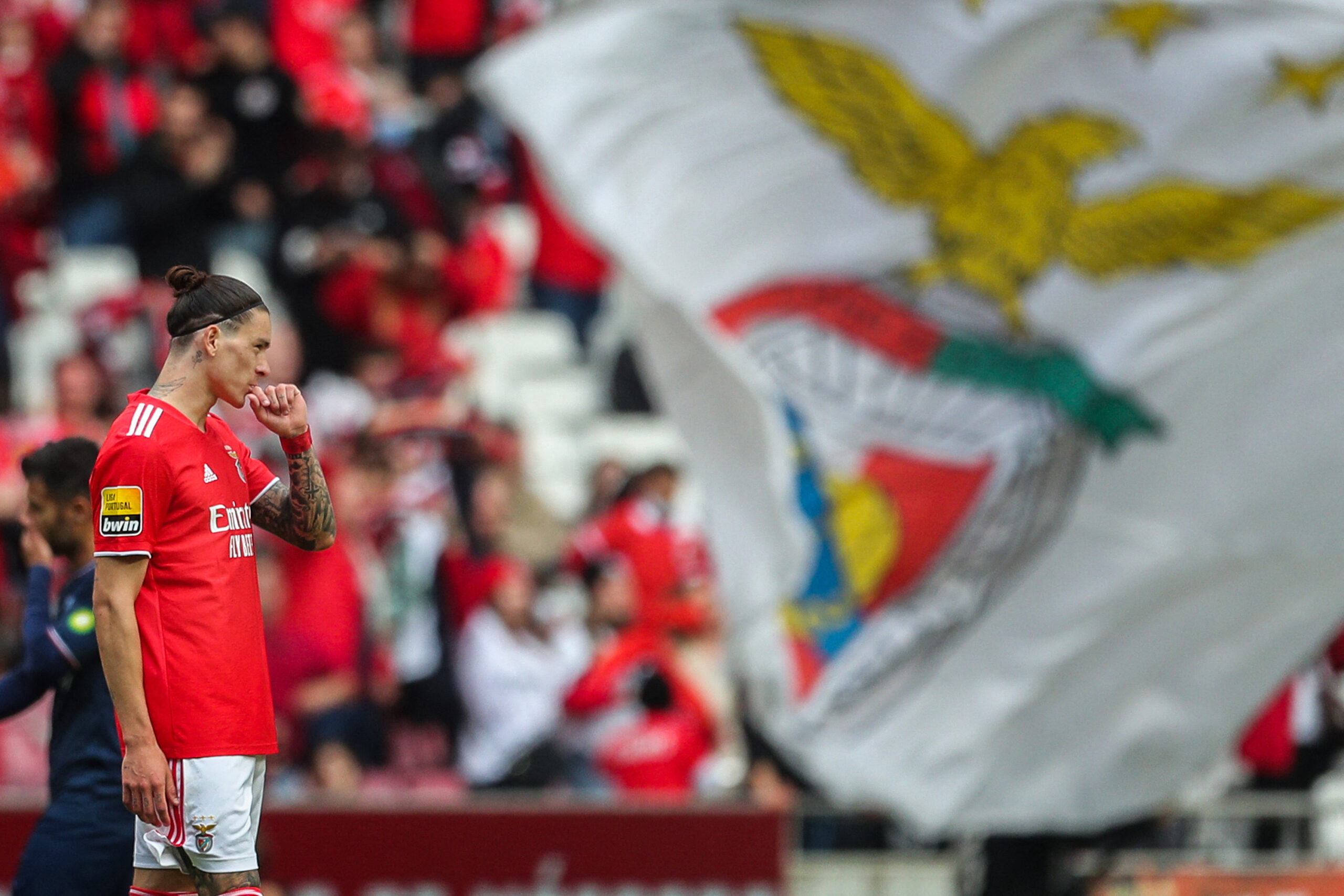 Chelsea, Manchester United and Paris Saint-Germain are leading the race for Benfica striker Darwin Nunez, according to The Athletic.

Nunez has been in phenomenal form for Benfica this season, scoring 31 goals in 36 games.

The Uruguayan striker was crucial behind Benfica reaching the last four of the Champions League, scoring against the likes of Barcelona, Bayern and Ajax in the previous rounds, as well as scoring in the first leg of the quarter-finals against Liverpool, though Benfica lost the game 3-1.

The 22-year-old netted a hat-trick against Belenenses SAD over the weekend and is now looking to turn things around against Jurgen Klopp’s side in the second leg.

Nunez’s meteoric rise has caught the attention of top European clubs, but it appears Man Utd, Chelsea and PSG are the favourites.

The Portuguese giants are expecting around €70 million for Nunez, and although the three European giants can afford it, they have their own hurdles to solve before.

United are working towards the appointment of a new manager, with Erik ten Hag more likely to take over at Old Trafford.

The Dutch gaffer reportedly wants to play a primary role in United’s transfer dealings, and therefore it remains to be seen whether Nunez would be part of his plans.

Chelsea are caught in turmoil after being sanctioned by the UK Government due to Roman Abramovich’s involvement in Russia’s invasion of Ukraine.

The Blues’ search for new owners is likely to end by next month, but there are questions about how they would perform in the transfer window after the takeover.

As far as PSG are concerned, their priority is to persuade Kylian Mbappe to sign a new deal, with his current contract expiring this summer.

Nunez has recently changed his agent to Jorge Mendes, presumably in the hopes of securing a transfer to a top club in the summer.