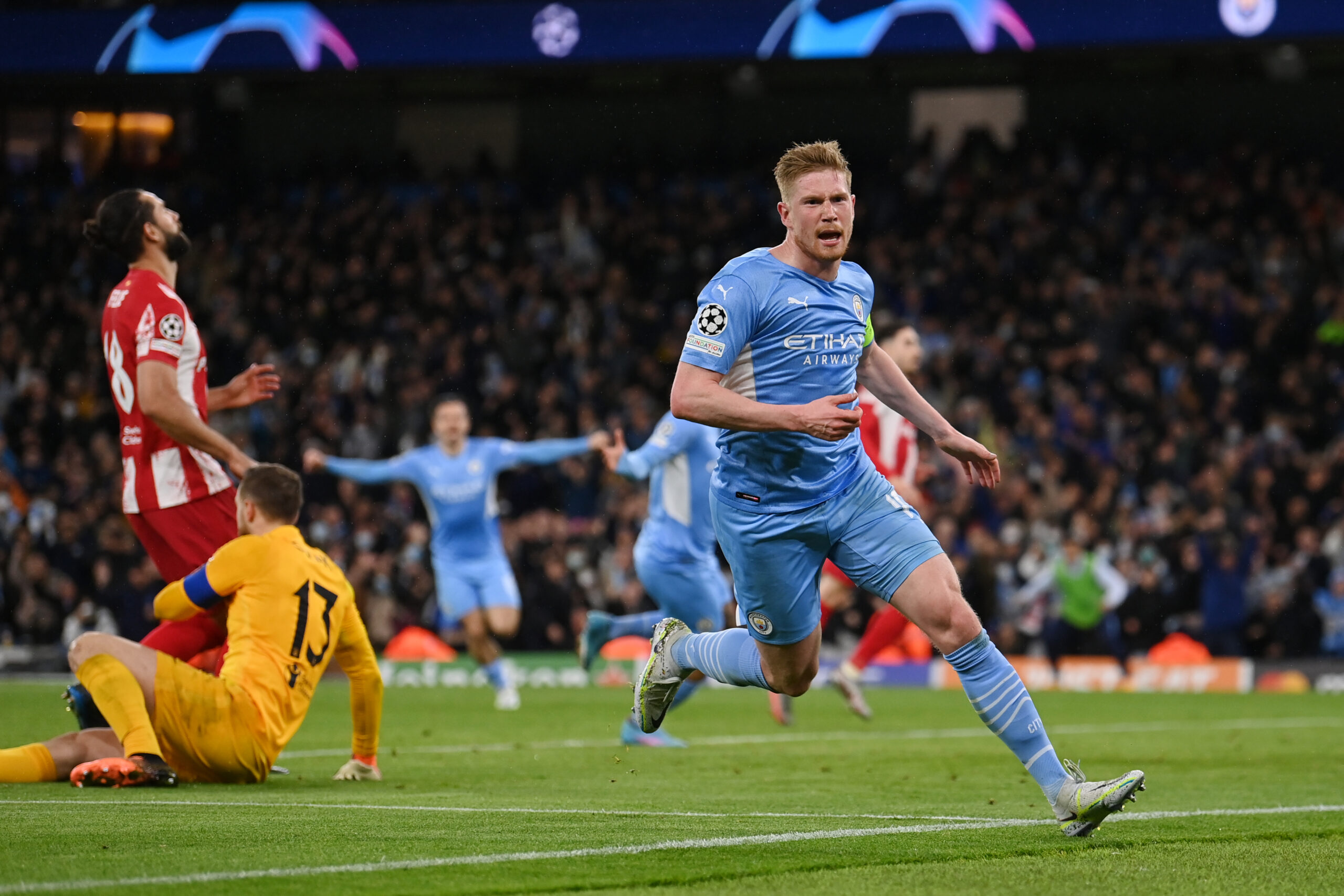 A place in the Champions League semi-finals is up for grabs as Atletico Madrid and Manchester City go head-to-head in the return leg of their heavyweight quarter-final tie.

However, Kevin De Bruyne’s all-important second-half goal does not mean Man City are off the hook yet, especially as Atletico have the quality and experience to overturn a 1-0 deficit.

Fatigue could pose a threat to the Cityzens’ bid to qualify for back-to-back Champions League semi-finals following their high-octane 2-2 draw with Liverpool in Sunday’s Premier League top-table six-pointer.

On the other hand, Los Rojiblancos will be keen to bounce back from a lacklustre 1-0 defeat away to La Liga relegation candidates Mallorca at the weekend.

Atletico find themselves in a familiar situation as they come from a first-leg away loss to progress from two of their previous three such Champions League knock-out ties.

Simeone’s men will have an added motive to turn things around in this tie after failing to win any of their last seven Champions League fixtures at the Wanda Metropolitano (D4, L3).

The abovementioned defeat at Mallorca further adds to the home side’s concerns, as they have attempted just one shot on target across their last two competitive outings.

Guardiola has never drawn a competitive meeting with Atletico as a manager, though his indifferent six-game record in such fixtures (W3, L3) highlights the unpredictability of this clash.

Man City’s overall away record against Spanish clubs in European competition is a source of concern, with only three wins from their 11 previous competitive visits to the Iberian country (D1, L7).

That said, the reigning Premier League holders are unbeaten in their last 12 away matches across all competitions (W10, D2), keeping eight clean sheets in the process.

Atletico may have welcomed star winger Yannick Carrasco back from suspension, but Jose Maria Gimenez and Hector Herrera are still unavailable to injuries.

Man City will be unable to call upon the services of long-term absentees Ruben Dias and Benjamin Mendy, though Kyle Walker’s return from a one-game European ban comes as a massive defensive boost.

Atletico will have to get out of their comfort zone and drop defensive-minded football if they are to pull off a comeback.

With Los Rojiblancos expected to leave more spaces behind, we back Man City to exploit the gaps and pick up another triumph.