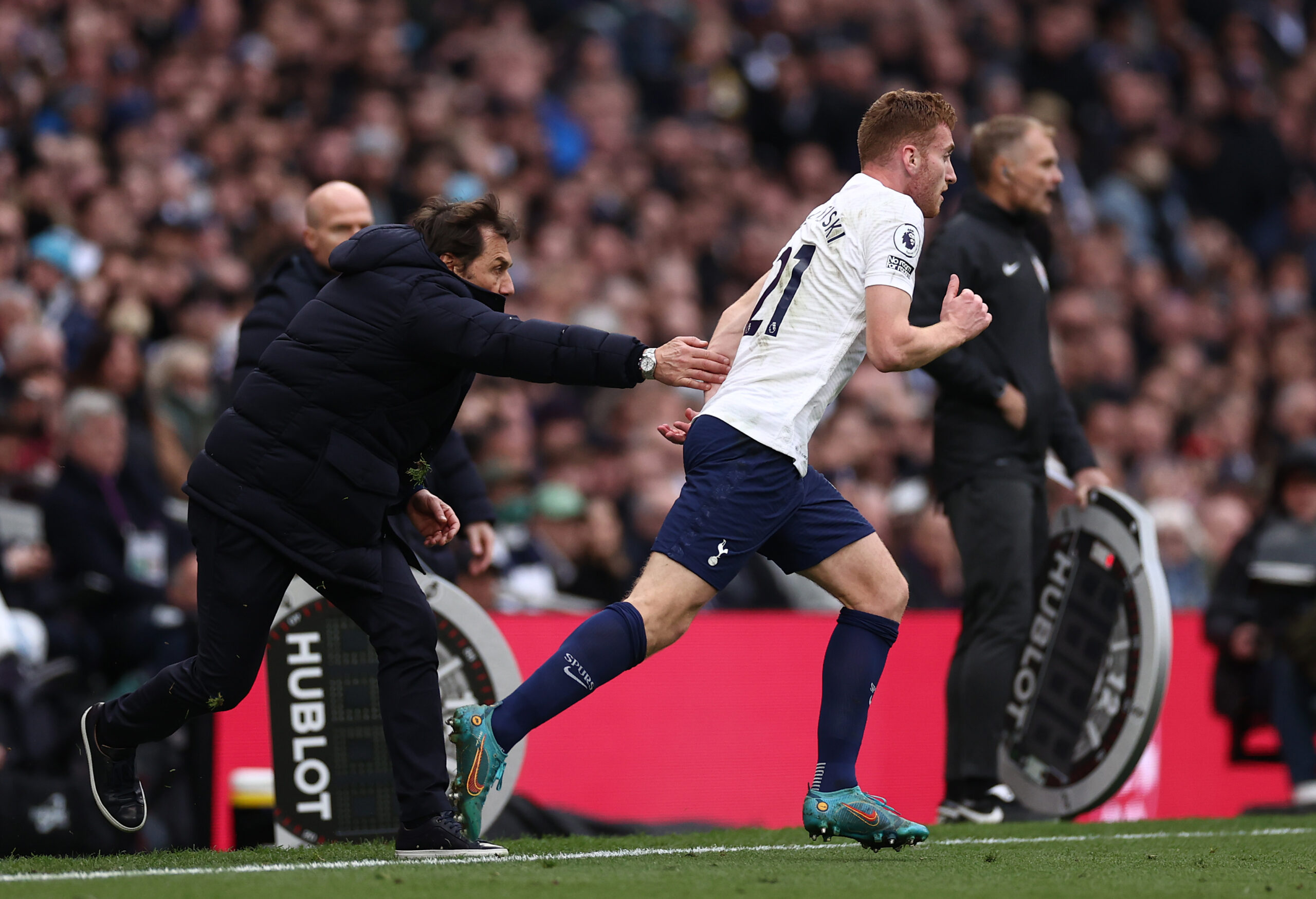 Tottenham Hotspur have been tipped to secure Dejan Kulusevski’s services from Juventus on a permanent basis this summer.

Kulusevski joined Spurs on loan from Juve in January, and he has since established himself as a key player under Antonio Conte.

He was on the scoresheet alongside hat-trick hero Heung-min Son as Spurs triumphed 4-0 at Aston Villa on Saturday – a result that boosted their hopes of a top-four finish in the Premier League.

Conte’s decision to sign the 21-year-old looks increasingly inspired with every passing week, and a permanent move is on the cards.

According to Fabrizio Romano, Tottenham sources say his signing will be just a ‘matter of time’, and the £35 million fee will not be an issue.

Currently one of the most potent attacking forces in the Premier League, the trio could fire Spurs into next season’s Champions League.

Spurs paid £8.3m in January to loan Kulusevski until June 2023, but there is an option to turn the move into a permanent transfer this summer.

The option will remain valid until the following summer when a second clause at a slightly higher fee comes into play.

However, given that Conte is a huge admirer of Kulusevski, it would be no surprise to see Spurs conclude a permanent deal this summer.

Signing Kulusevski permanently could help Spurs keep hold of Kane, particularly if they qualify for next season’s Champions League.

The England captain unsuccessfully tried to force through a move to Manchester City last summer, and speculation about his future has continued apace since then.

The Spurs star is keen to win silverware, but the club’s resurgence under Conte may convince him to remain loyal to the north London outfit.