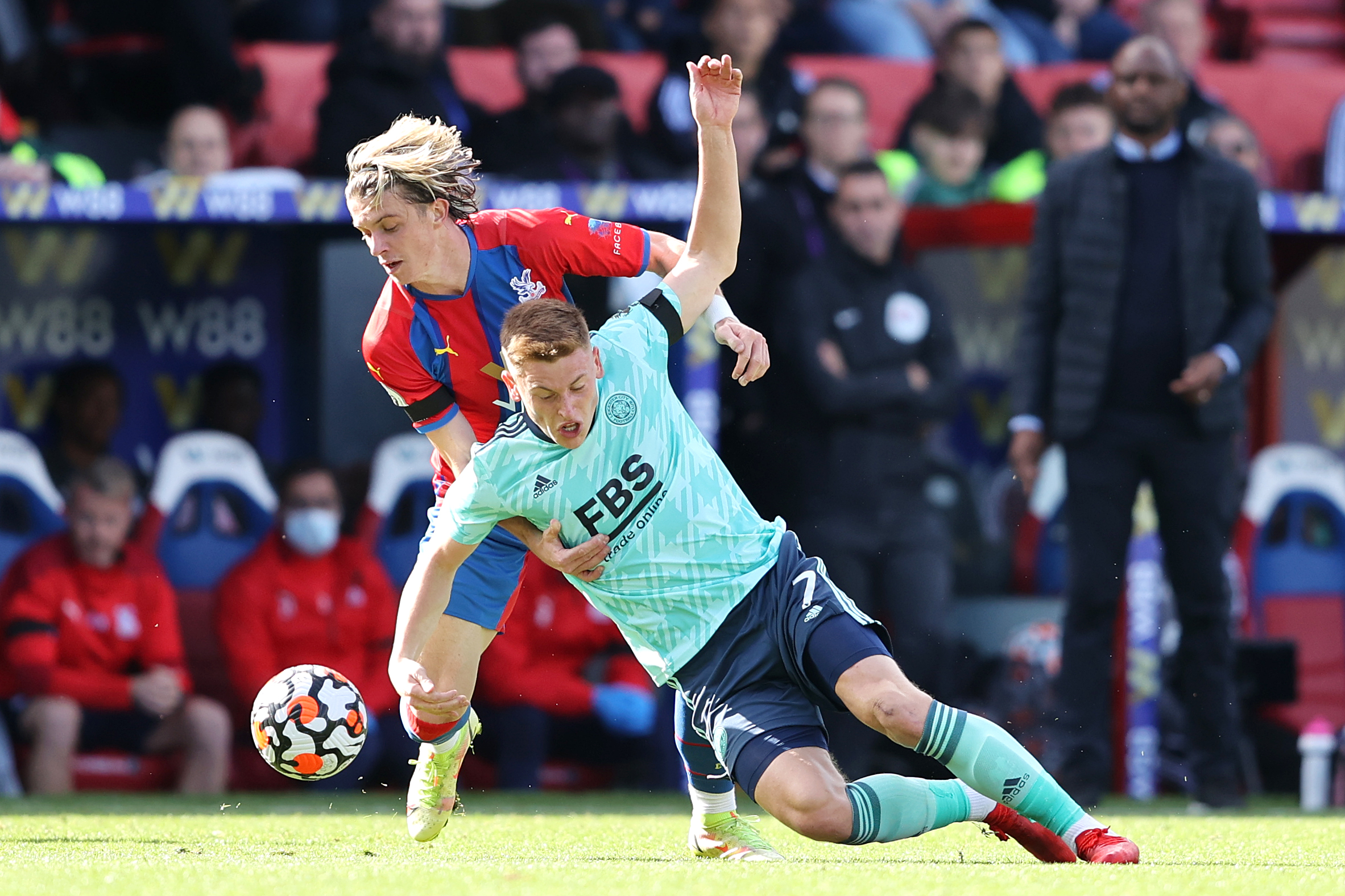 A keenly-contested battle for a top-half Premier League finish is heating up as Leicester City entertain Crystal Palace in Sunday’s mid-table six-pointer.

Brendan Rodgers’ side could only manage an underwhelming goalless home draw with PSV Eindhoven in the first leg of their Europa Conference League quarter-final tie in midweek.

Despite experiencing a thoroughly disappointing season, the King Power outfit have at least made themselves hard to beat of late, suffering just one defeat in five league fixtures (W3, D1).

A victory would see Leicester leapfrog Palace into ninth in the Premier League table, yet the visitors have gone from strength to strength lately.

Coming into this matchday, Patrick Vieira’s men have alternated between victories and draws across their last five top-flight outings (W3, D2), including a scintillating 3-0 win over Arsenal last time out.

Unbeaten in seven Premier League games (W5, D2), the Eagles are eyeing up their first top-half finish since the 2014/15 season.

Leicester’s noticeable upturn in form has seen them pick up ten points from their last five Premier League matches, one more than in their previous ten in the competition combined.

Another stellar weekend is well on the cards, as the Foxes have gone unbeaten in their last five top-flight meetings with Palace (W3, D2), including a 2-2 draw at Selhurst Park earlier this season.

The Midlanders have won both previous home league encounters against Palace and could win three consecutive such fixtures for the first time since 1925.

The Eagles are peaking at an opportune moment. After drawing three successive away league matches, Vieira’s men have won the last two in a row by multi-goal margins.

A potential triumph at the King Power would see Palace win three consecutive Premier League games away from home for the first time since April/May 2019.

The legendary Frenchman has tightened Palace’s defence up. The Londoners have kept a clean sheet in each of their last four competitive outings, their longest such streak since 2011.

Leicester boss Rodgers continues to struggle with a sizeable list of injuries.

Ryan Bertrand, Wilfred Ndidi, Jamie Vardy and Caglar Soyuncu are unavailable through injuries, while Boubakary Soumare will likely return to the fold.

As for Palace, Nathan Ferguson remains the only absentee in the travelling squad after Michael Olise passed fit to feature tomorrow.

Both sides are enjoying a rich vein of form, and the only thing that could separate them is the privilege of playing at home.

We back Leicester to prevail by a single-goal margin.