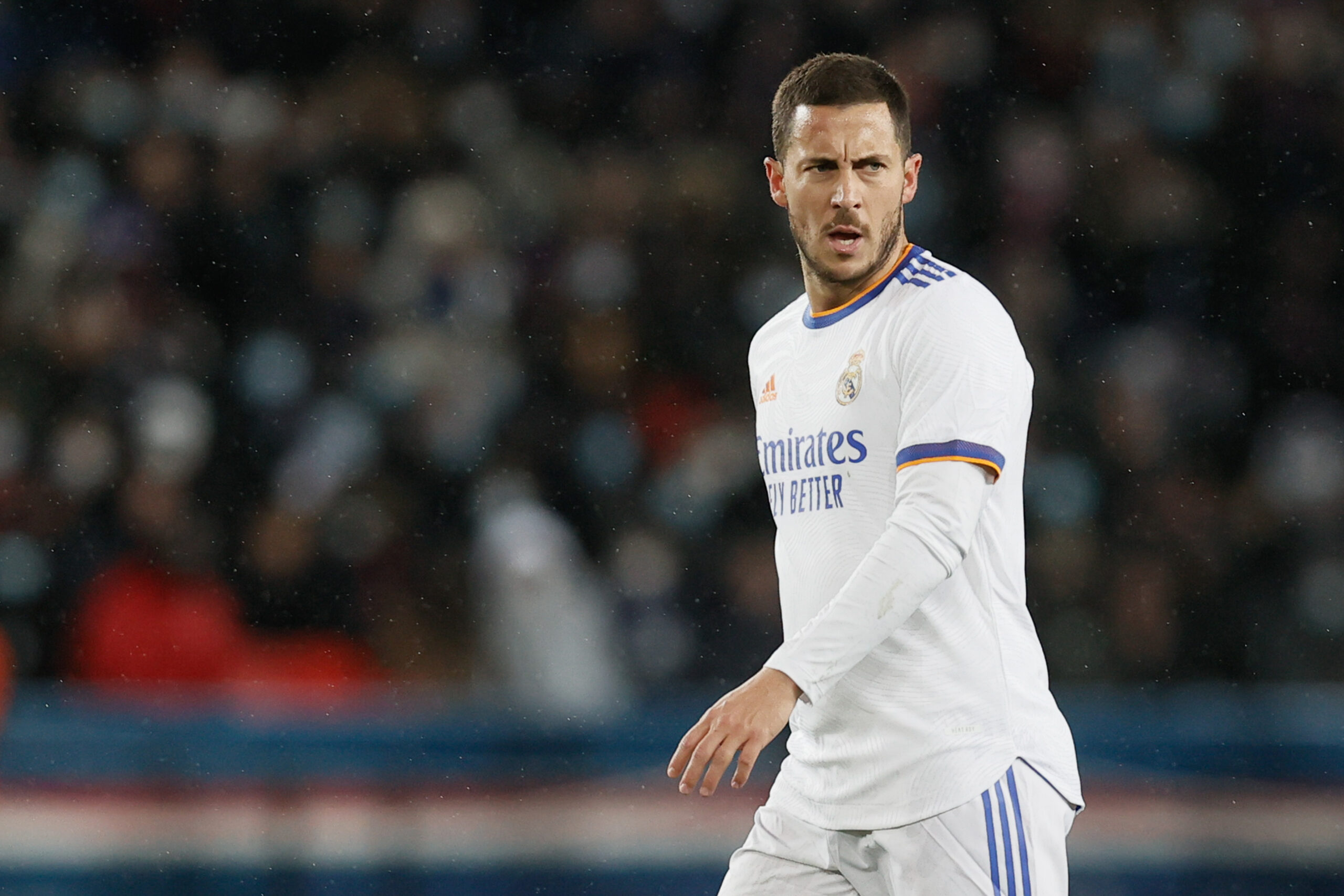 Arsenal are plotting a shock summer move for Real Madrid star Eden Hazard, who has endured a troublesome spell since leaving Chelsea.

The Belgian winger has failed to live up to the €100 million transfer fee Los Blancos paid for him in 2019, with recurring injuries hampering his progress.

Hazard hasn’t scored a goal in 17 La Liga appearances this season and is currently down the pecking order of Carlo Ancelotti.

Moreover, the future doesn’t look bright for the former Blues star, whose chances could further deplete with the speculated arrival of Paris Saint-Germain superstar Kylian Mbappe.

According to a report from Foot Mercato, the Gunners have held talks with Hazard’s agent to discuss a potential loan move in the summer with an option to buy.

The North Londoners are planning to reinforce their attack after letting go of Pierre-Emerick Aubameyang in January, and Eddie Nketiah is out of contract this summer.

Mikel Arteta has been reaping the rewards with a bunch of young attackers like Gabriel Martinelli, Bukayo Saka and Martin Odegaard, but the Spanish gaffer needs an experienced player if the Gunners manage to qualify for the Champions League.

Hazard fits the bill, and although he has become injury prone now, it doesn’t take away the legendary status he achieved during his spell at Stamford Bridge.

The Gunners have struck up a great relationship with Madrid after the dealings of Dani Ceballos and Odegaard, and now they are looking to exploit it again.

Their rivals Blues have also been linked with the return of Hazard, but the restrictions placed on their transfer activities could be a stumbling block.