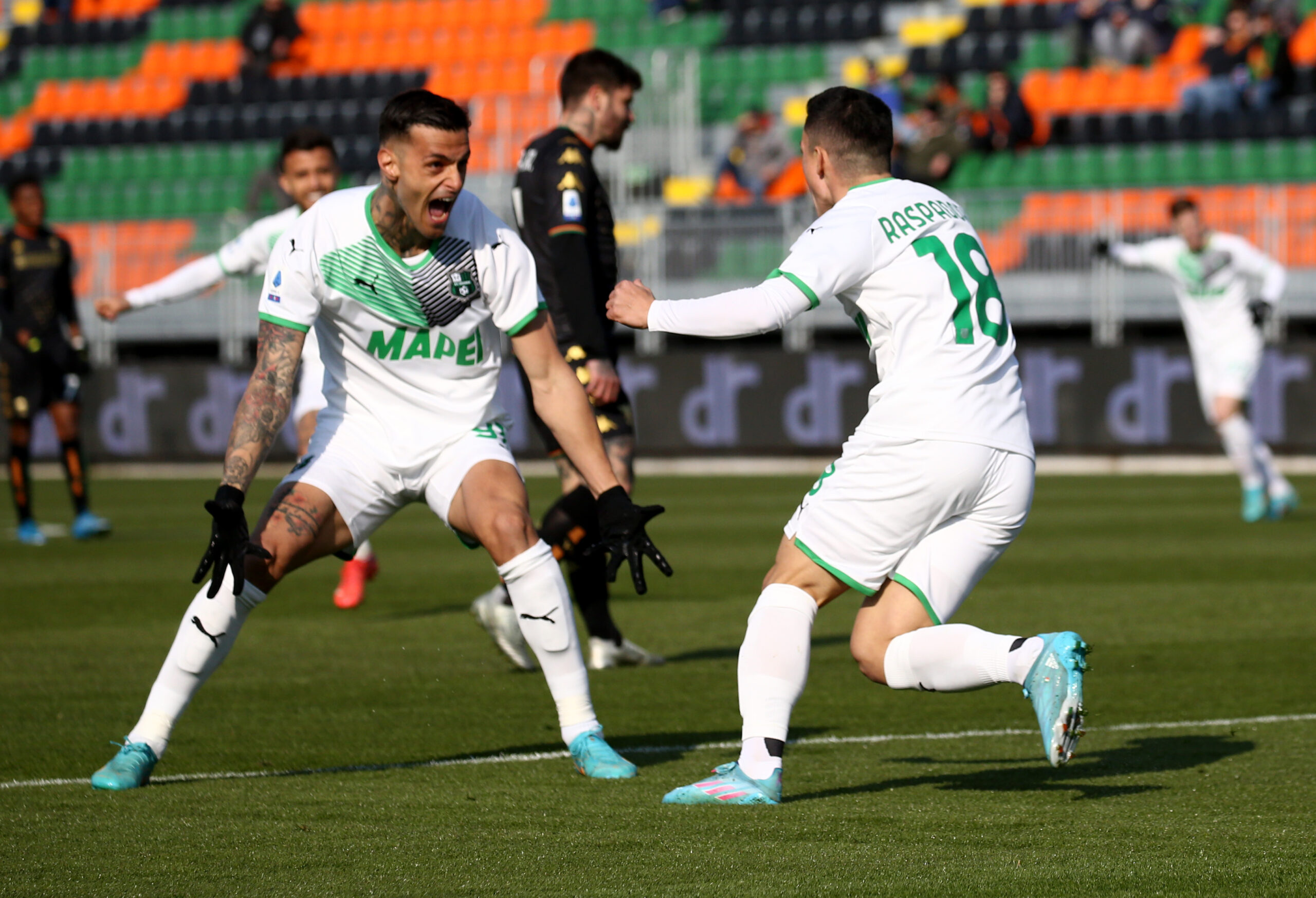 Sassuolo CEO Giovanni Carnevali has offered his thoughts on the futures of Giacomo Raspadori, Domenico Berardi and Gianluca Scamacca.

The attacking trio has set the Serie A alight this season with their eye-catching numbers, leading to interest from clubs inside Italy and abroad.

Carnevali stated that he would be open to discussing a move with Juventus if they come enquiring about Raspadori due to the rapport between the two clubs, which was achieved after the transfer of Manuel Locatelli last summer.

The Neroverdi chief told Gazzetta dello Sport (h/t Football Italia): “Juve did ask us for Raspadori at the end of the 2021 summer transfer window, but there was no time to complete the negotiations, so they picked up Moise Kean instead.

“I have not spoken directly with Juve since then, but I do hear rumours of their interest. If they step forward, we will not be unprepared.

“In fact, I await Juve with open arms, as I have a very good rapport with the club and their directors. However, if they want Raspadori, they’re going to have to spend quite a bit of money.”

Juve will have to cough up around €30 million for Raspadori, who has been identified as a long-term successor for Paulo Dybala, who will leave Turin this summer.

Carnevali added that Scamacca, who has found the nets 13 times this season, could spark a transfer war between Premier League clubs and Inter Milan.

The Nerazzurri have lined up Scamacca as a top target for the summer to reinforce their attack.

Carnevali on Scamacca: “Inter manifested their interest in Scamacca, but watch out for the proposals from abroad, as Gianluca has a lot of offers, including from the Premier League.

“Having said that, he needs time to mature and perhaps ought to stay with us for another year.”

Berardi has hit double figures (14 goals and 11 assists) this season, and Carnevali believes that the Italian forward would be an ideal signing for AC Milan.

Carnevali added: “I think Berardi would be perfect for Milan and if I were at a top Italian club, the first player on my wish-list would be Berardi.”