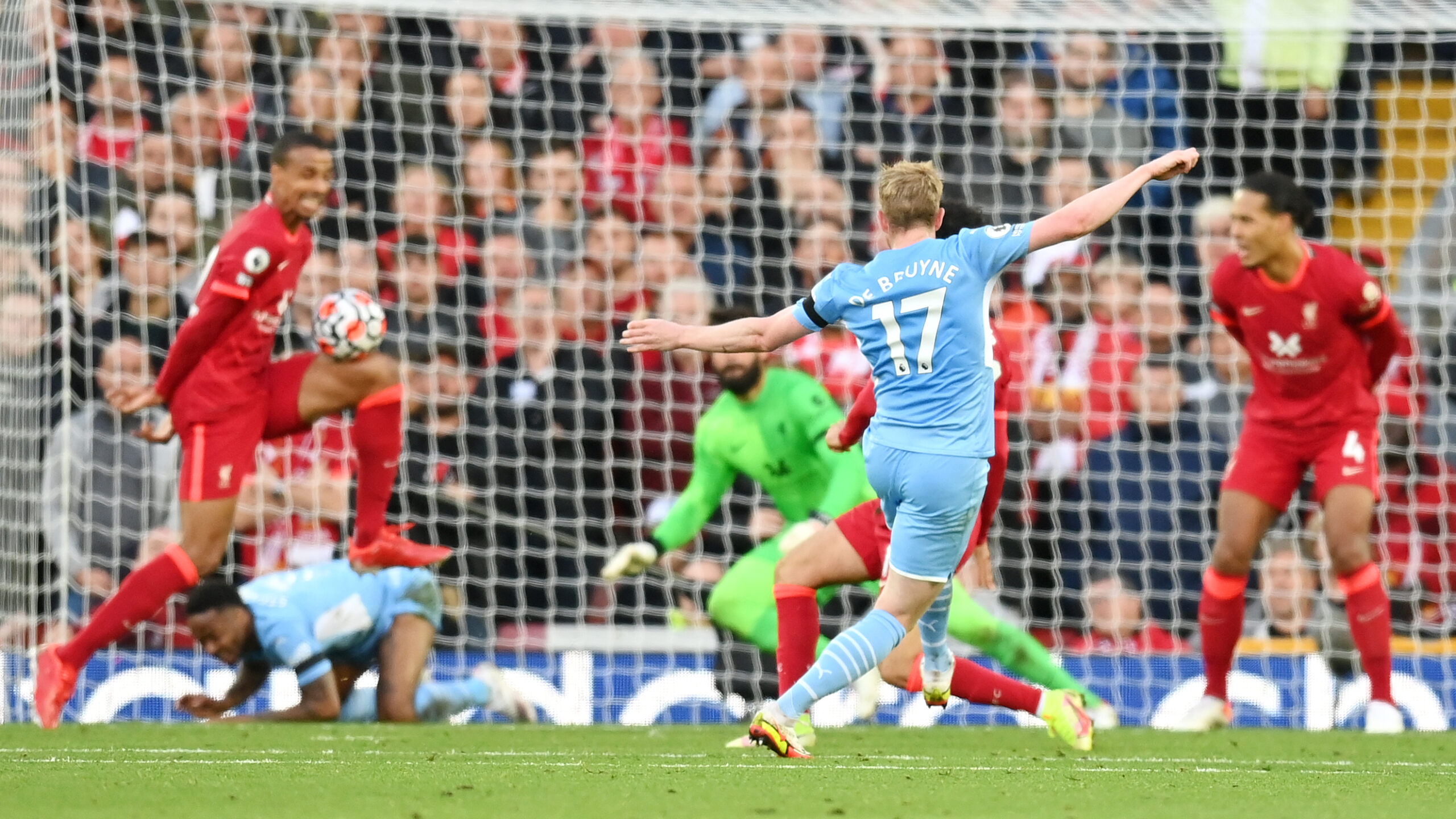 Sunday’s Premier League action closes out at the Etihad Stadium with a blockbuster top-table six-pointer between Manchester City and Liverpool.

Not so long ago, the Cityzens held a massive 14-point lead on the quadruple-chasing Reds, yet just a single point separates the sides ahead of the kick-off.

This encounter will serve as a dress rehearsal for the upcoming FA Cup semi-finals, though both sides would rather pick up all three points here.

Both teams will take the field in a confident mood after recording victories in midweek Champions League action.

While Man City squeezed past defensively-robust Atletico Madrid 1-0 at home, Liverpool thumped Benfica 3-1 on the road to claim a comfortable lead ahead of the second leg.

All signs suggest this could be an epic showdown.

Man City hit back twice to hold Liverpool to an enthralling 2-2 draw in the reverse fixture at Anfield, extending their unbeaten league streak against fierce opposition to four (W2, D2).

Indeed, Pep Guardiola’s men have suffered one defeat across their last 12 top-flight H2Hs (W7, D4), courtesy of a 4-1 thrashing on Jurgen Klopp’s first Premier League visit to the Etihad in November 2015.

City’s hopes of landing a potential knock-out blow on Liverpool’s title bid could hinge on their defensive exploits that have not ceased to amaze in recent times.

The Cityzens have kept a clean sheet in six of their last eight competitive outings, while they also boast the best defensive record in the Premier League this season, with just 18 goals conceded.

Liverpool are peaking at the right moment, as they head into proceedings having won their last ten Premier League games on the trot, including a 2-0 victory at Arsenal on their most recent top-flight travel.

Eight of those ten triumphs witnessed Klopp’s side keep a clean sheet, which could prove decisive in this encounter between the two most prolific Premier League sides.

The Reds lead the scoring charts in England’s top-flight this season after scoring a staggering 77 goals across 30 league matches, at an average of 2.56 goals per game.

Much of the credit for Liverpool’s free-scoring form goes to Mohamed Salah, who is on the brink of winning his third Premier League Golden Boot.

The Egyptian forward has 20 goals under his belt, with his closest follower Son Heung-min of Tottenham Hotspur tallying 14.

Man City will be without defensive stalwart Ruben Dias, but Kyle Walker will return to the fold after serving a European ban against Atletico in midweek.

As for Liverpool, Klopp will have his entire squad available for selection after Trent Alexander-Arnold and Naby Keita shook off injuries to feature against Benfica.

Bragging rights aside, Sunday’s match-up between the two most in-form European sides would give the potential winner a massive upper hand in the title run-in.

Stakes are high and our advice is to kick back and enjoy what promises to be a pulsating high-octane encounter.