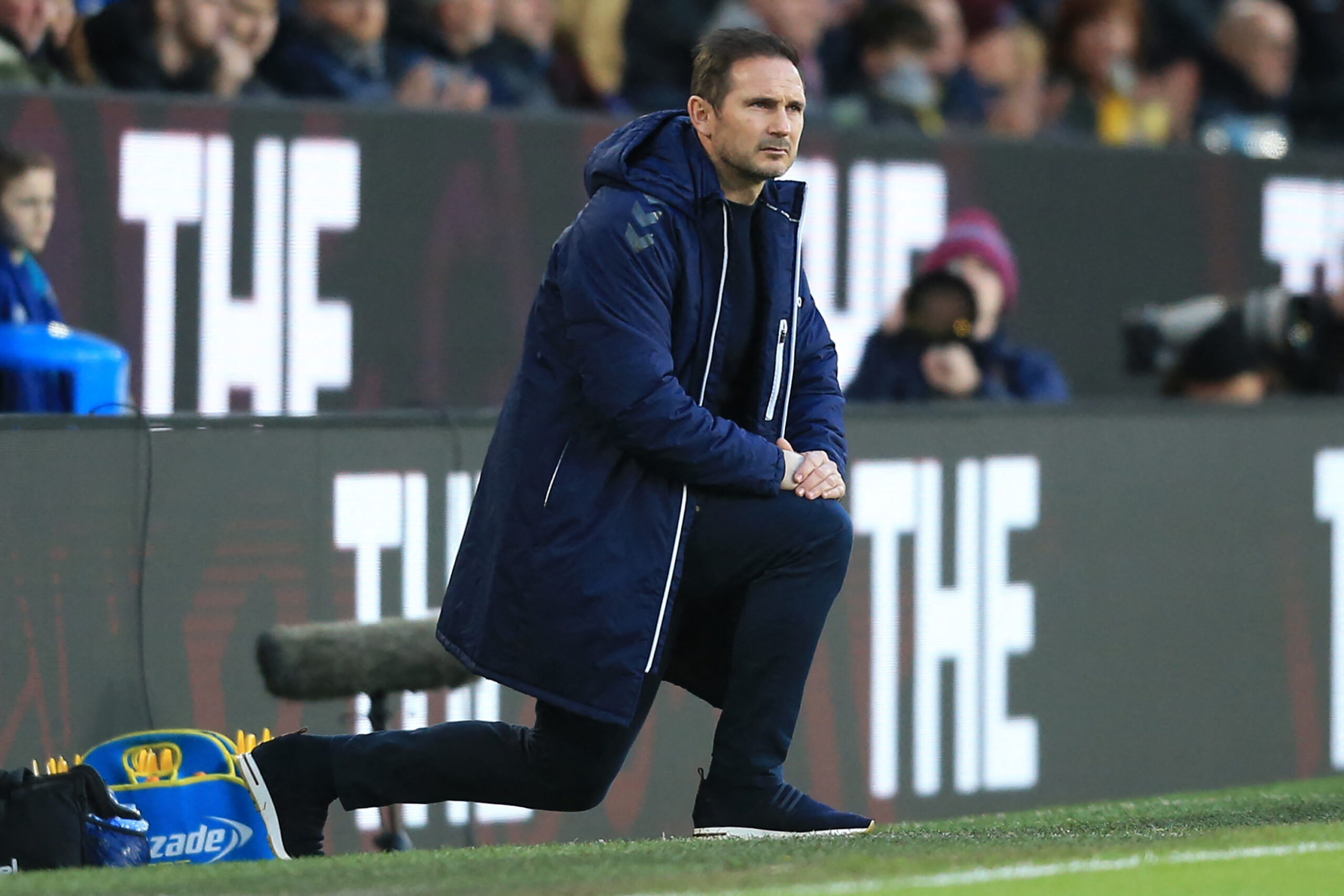 Relegation fears are spreading fast in the Merseyside camp after Wednesday’s 3-2 defeat away to Burnley left Frank Lampard’s side a mere one point clear of the drop zone.

Both sides will be out for all three points, especially the Red Devils, who are at risk of falling off the Champions League qualification pace.

The abovementioned reverse at Burnley made it six defeats from seven Premier League matches for Everton, with only Watford and Norwich City (20 apiece) losing more league games than the Toffees (18) this season.

Their solitary triumph during that seven-game sequence came at the expense of Newcastle United in their most recent outing at Goodison, handing Lampard’s men a chance to win back-to-back home top-flight fixtures for the first time since September.

However, it could be easier said than done, as the Merseysiders have only won one of their last 13 Premier League meetings with Man United (D6, L6), courtesy of a 4-0 triumph in April 2019.

Ralf Rangnick’s side head into proceedings amid a rotten run of form, having won just one of their last four Premier League matches (D2, L1), netting one goal or less on three occasions.

Man United have been scoring at will on the road this season, finding the net in all 14 Premier League away games, at an average of 1.71 goals per match.

They should feel confident about maintaining that form at Goodison, having run out 3-1 victors in this exact fixture last season to open the possibility of winning consecutive league visits to Everton for the first time since 2007.

Everton will be without Yerry Mina, Andre Gomes, Tom Davies, Andros Townsend and Nathan Patterson due to injuries, while Donny van de Beek is ineligible to play against his parent club.

As for Man United, Raphael Varane and Scott McTominay have joined Edinson Cavani and Mason Greenwood on the sidelines. Cristiano Ronaldo is back after missing out on a 1-1 draw with Leicester last time out.

Both teams are in desperate need of points, yet Man United have both quality and the recent H2H record firmly on their side.

We back the Red Devils to eke out a narrow triumph at Goodison without keeping a clean sheet.