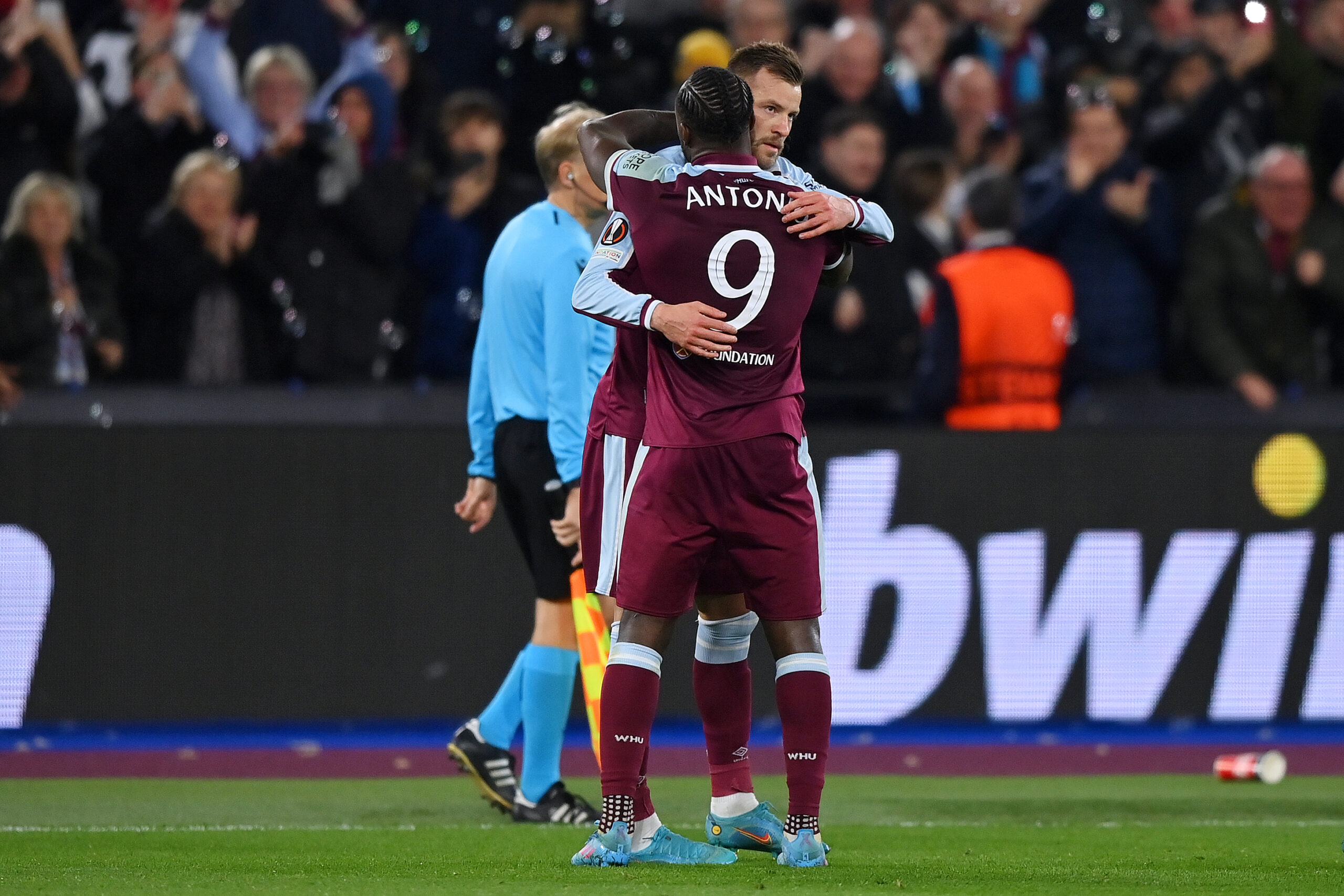 West Ham United’s fairytale in their maiden appearance in the Europa League proper continues on Thursday as they entertain Lyon at the London Stadium.

West Ham’s first European quarter-final appearance since 1980/81 pits them against underperforming Les Gones, who squeezed past Porto in the previous knock-out round.

However, Lyon’s vast European experience means the Hammers cannot afford to underestimate them if they are to get one step closer to booking tickets for the Ramon Sanchez Pizjuan.

West Ham will be keen to take advantage of first-leg home comforts to bolster their hopes of winning this tie, and four consecutive victories at the London Stadium look inspiring.

Moyes’ men have suffered just one solitary defeat across their nine competitive home outings in 2022 (W7, D1), netting the opening goal in each victory in that sequence.

The Hammers have been hard to penetrate at home since the start of February, keeping three clean sheets across their six such fixtures while conceding precisely once in the remaining three.

Lyon head into proceedings encouraged by a 3-2 home victory over fellow Ligue 1 rivals Angers at the weekend, ending a run of three matches without winning (D2, L1).

Les Gones will stake their claim for another success in London after going unbeaten in their last six European encounters against Premier League clubs (W4, D2).

Indeed, Peter Bosz’s men have progressed from three of their last four European quarter-final ties, including their stunning 3-1 triumph over Manchester City in the 2019/20 Champions League last-eight.

Manuel Lanzini is unavailable for selection due to accumulated bookings, while Angelo Ogbonna has yet to return from his lengthy spell on the sidelines.

West Ham are still sweating over highly-rated right-back Ben Johnson, though Vladimir Coufal made the bench in a 2-1 home win over Everton on Sunday.

Karl Toko Ekambi was ruled out of Lyon’s weekend triumph over Angers due to illness, but he could be fit to partner up with Moussa Dembele up top.

Rayan Cherki is still recovering from a nasty foot injury whilst the availability of Maxence Caqueret remains up in the air.

Lyon fans could be forgiven for expecting their side to upset the London Stadium, but Les Gones’ form wobble massively favours West Ham here.

If the Irons turn on their beast mode once the bubbles are gone, the French side could return home with a multi-goal deficit.