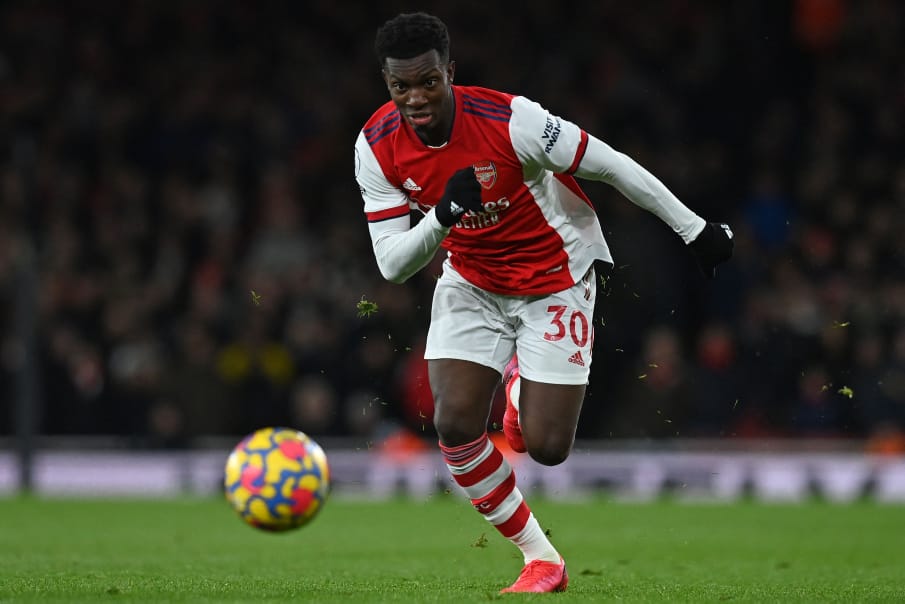 West Ham United are keen on bringing Arsenal striker Eddie Nketiah to the London Stadium, according to Football Insider.

Per the report, the Gunners would be due a compensation fee for development costs in the event that Nketiah leaves the Emirates Stadium this summer.

The Englishman is in the final months of his Arsenal contract having opted against extending his stay with Mikel Arteta’s men.

Despite the January departure of Pierre-Emerick Aubameyang to Barcelona, Nketiah has remained on the fringes of the first team and is expected to call it quits.

However, he may not have to depart the English capital as West Ham are now thought to be interested in a move at the end of the season.

David Moyes’ men were linked with Nketiah back in 2021 when Arsenal refused to let the forward go hoping he would sign a new deal but that has proven not to be the case.

Currently sitting sixth in the Premier League table, the Hammers are set to secure European football for next season which should aid their quest to sign the 22-year-old.

Michail Antonio is West Ham’s only recognised centre-forward as it stands and with the Jamaican having recently clocked 32, Nketiah could be the man to lead the line in East London for years to come.