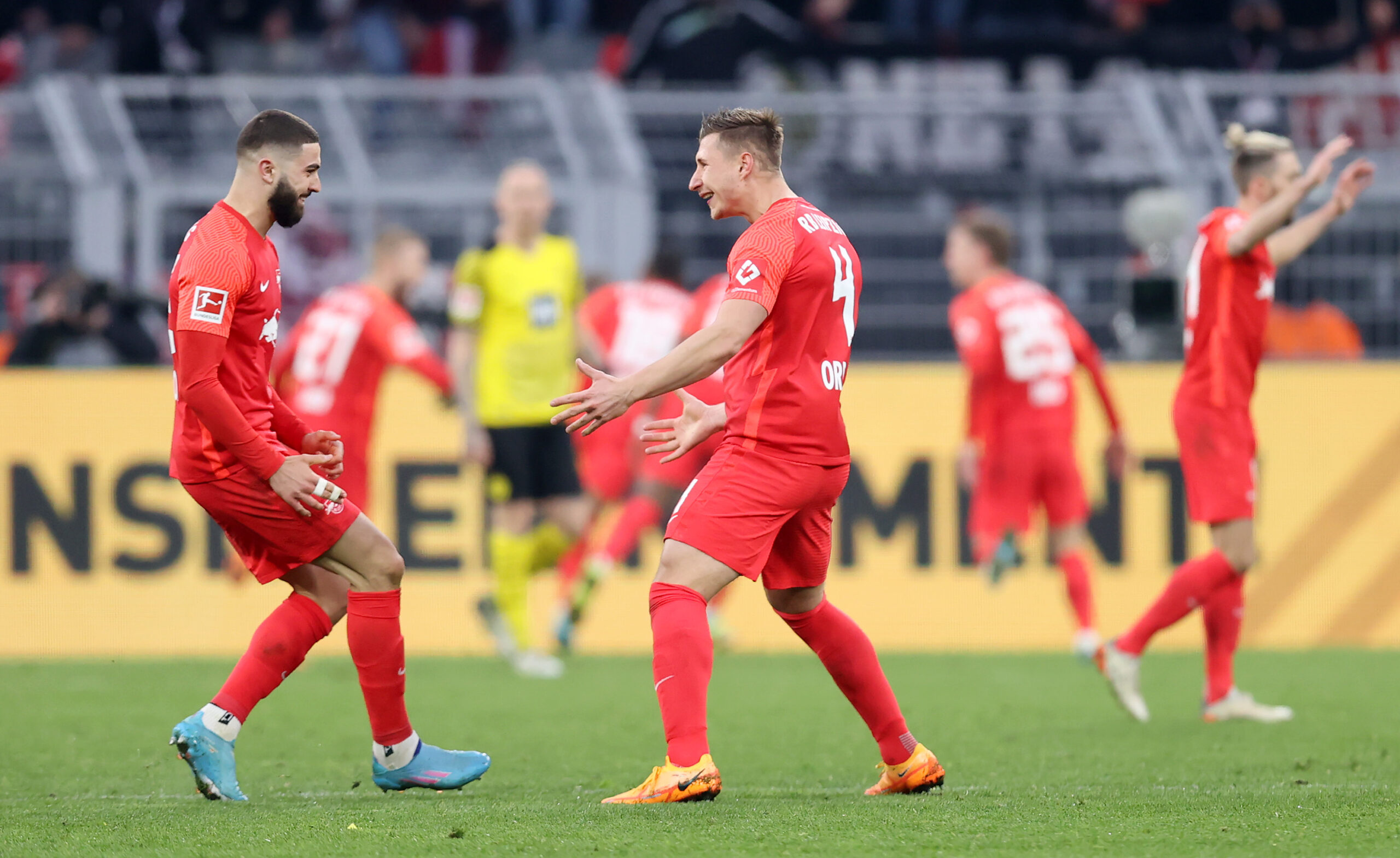 Thursday’s Europa League action kicks off at the Red Bull Arena as RB Leipzig and Atalanta lock horns in the first leg of their exciting quarter-final tie.

Since both sides are relatively new to European competition, it is no surprise that this will be their first-ever encounter.

Both teams switched over from the Champions League group stages.

Following a 5-3 aggregate win over Real Sociedad, Die Roten Bullen were handed a walkover against Spartak Moscow due to UEFA’s decision to ban Russian clubs from European football.

Atalanta eased past Olympiacos in the knock-out play-off round before winning both legs of their last-16 tie against Leipzig’s fellow Bundesliga rivals Bayer Leverkusen.

The Bundesliga heavyweights will take the field in a confident mood following an overwhelming 4-1 win away to bitter domestic rivals Borussia Dortmund at the weekend.

Domenico Tedesco’s men have been scoring at will in continental action. They have netted multiple goals in their last six European outings, averaging 2.7 goals per game.

Leipzig have fond memories of their only previous European encounter against Italian opposition, having ousted Napoli from the 2017/18 Europa League round of 32.

Atalanta’s bid to secure a top-six finish in Serie A took another hit as Gian Piero Gasperini’s side succumbed to a dreadful 3-1 home defeat to Napoli at the weekend.

However, La Dea can draw inspiration from their overall European knock-out record against German clubs (W2, D1), all of which came in the UEFA Cup/Europa League.

Coming into this meeting, the Italians have won five consecutive European fixtures and could make it six wins in a row for the first time in the club’s history.

Leipzig will be without Amadou Haidara and Yussuf Poulsen due to knee and groin injuries respectively. But Tedesco will have the entire squad that sunk Dortmund over the weekend fit and firing.

Leipzig are miles ahead of Atalanta in terms of form, but the Italians have shown glimpses of their potential throughout this European campaign.

Since both managers encourage attacking football and quick transitions, the Red Bull Arena crowd could be in for a treat, with the hosts likely to land a victory.