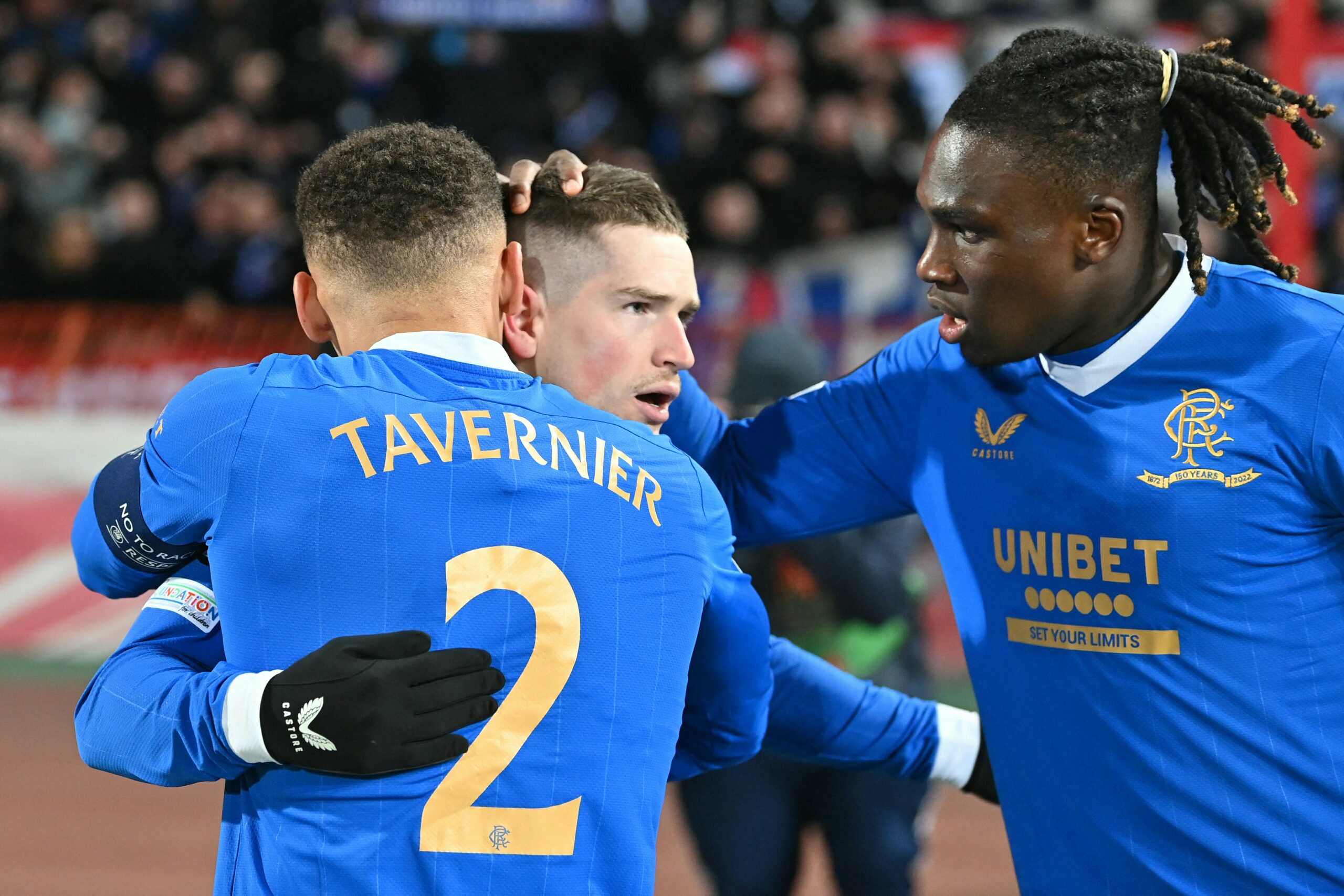 Braga and Rangers are set to trade tackles at the Estadio Municipal de Braga in the first leg of their Europa League quarter-final tie.

Braga defied the odds in the previous knock-out round to edge out Ligue 1 side Monaco 3-1 on aggregate and secure their third Europa League quarter-final appearance.

On the other hand, Rangers ousted Red Star Belgrade in the round of 16 following their eye-catching 6-4 aggregate triumph over Bundesliga powerhouse Borussia Dortmund in the knock-out play-off round.

Interestingly, Braga and Rangers are the only two surviving group runners-up, with this their second Europa League knock-out tie in three years.

The Gers came out victorious in their last-32 tie in 2019/20, winning both legs by a single-goal margin.

Following a brace of 2-0 home defeats to Rangers and Roma in the Europa League knock-outs, the Archbishops have won their last two such contests by 2+ goals ‘to nil.’

Carlos Carvalhal’s side will be looking to extend that record on the back of a morale-boosting 3-2 home victory over fierce domestic rivals Benfica at the weekend.

Another clean sheet would significantly improve Braga’s hopes of emulating their run to the Europa League final back in 2010/11, though they have only managed that feat in four of their last 12 matches.

Giovanni van Bronckhorst’s men became the first-ever Scottish side to reach the Europa League quarter-finals, yet a 2-1 home defeat to arch-rivals Celtic at the weekend could have shaken their confidence.

Rangers had failed to register a single victory outside Glasgow in the Europa League this season (D3, L2) prior to their stunning 4-2 triumph at Dortmund.

However, a defeat in Belgrade last time out worsened the Gers’ overall away record in the Europa League knock-out phase that currently reads (W3, D3, L2).

Nuno Sequeira and Roger Fernandes are still unavailable to injuries, though Braga welcomed Vitinha back against Benfica following a minor fitness concern.

Star striker Alfredo Morelos has joined long-term absentees Nnamdi Ofoborh and Ianis Hagi on the sidelines, which could derail Rangers’ hopes of scoring in Portugal.

Given Rangers’ underwhelming away form in continental action, we expect the Portuguese side to defend their fortress and take a narrow first-leg lead.