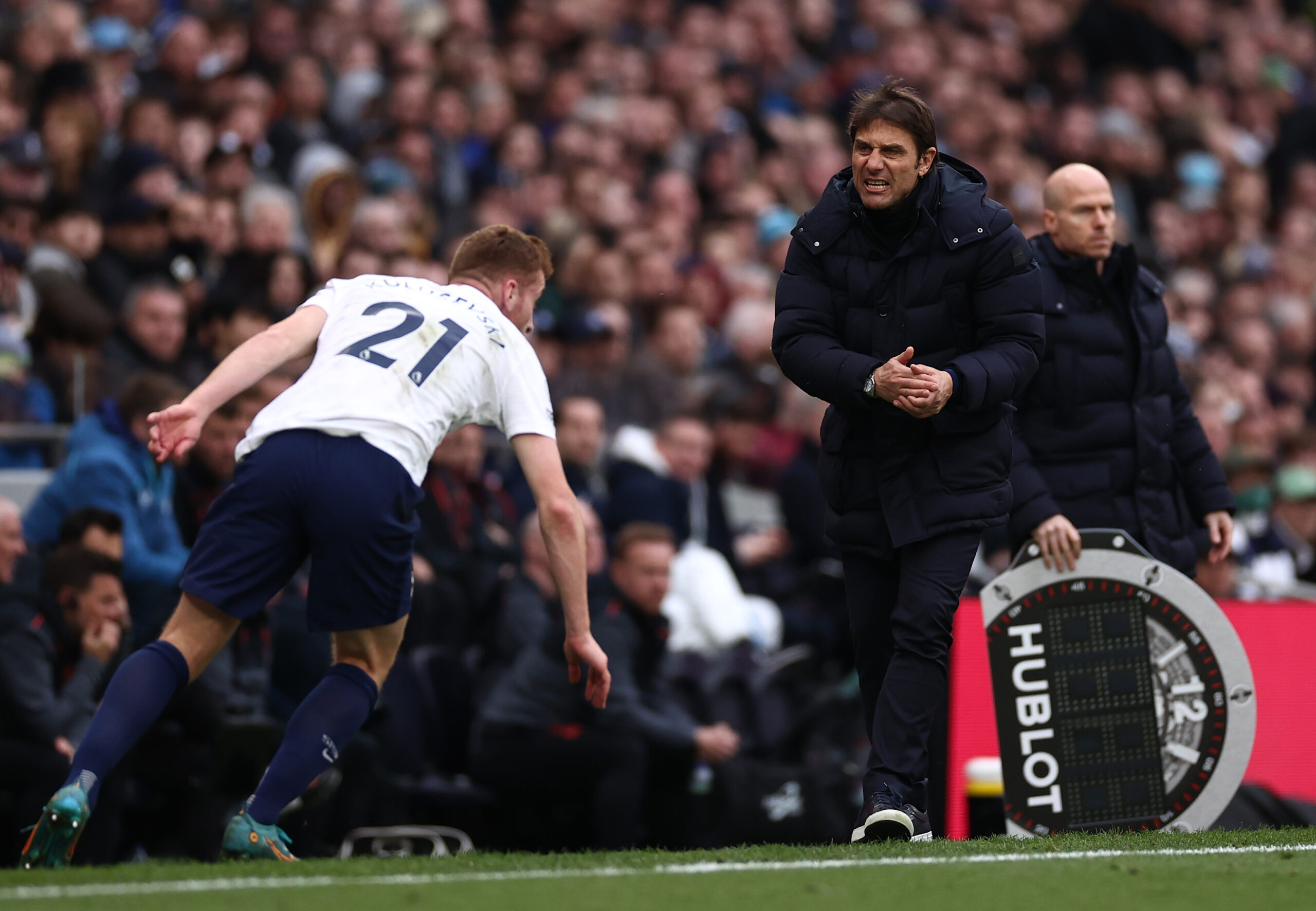 Tottenham Hotspur’s top-four hopes have been boosted after Arsenal’s crushing defeat to Crystal Palace in the Premier League.

The Gunners were expected to overtake Tottenham to the fourth place, but they were beaten 3-0 by Patrick Vieira’s side.

With Spurs and Gunners now sharing the same points (54) at fourth and fifth position – although the latter has a game left in hand, the race for the final Champions League spot could well be a gripping affair.

However, Spurs seem to have the edge over their North London rivals for the fourth spot due to their blistering form in recent weeks.

Antonio Conte’s tactics are gradually falling into place, with Tottenham recording three thumping victories on the trot, including the 5-1 comeback victory against Newcastle United over the weekend.

At the same time, the Gunners, who had been plain sailing for quite a period, have been given a reality check with their recent setbacks against Liverpool and the Eagles.

Their morale has undoubtedly taken a hit, and the remaining fixtures also present tougher problems for them.

Mikel Arteta’s side could get away with the likes of Brighton, Southampton, Newcastle United and Everton, but the odds would be stacked against them in the fixtures against Chelsea, Manchester United, Tottenham and West Ham United.

On the other hand, Conte’s men await relatively easy games except for the ones against Liverpool and the Gunners themselves.

The Italian manager is known for turning up in the big games, and he could look to pull off a miracle against the Merseysiders as he did against Manchester City.

By contrast, the Gunners hold a poor record against the Premier League’s top six, recording five defeats in six games – the only victory was against Spurs in the reverse fixture this season.

Man United and West Ham can’t be mathematically ruled out of the top four race, but their struggling form suggests it wouldn’t be an easy task.

Spurs would look to take advantage of their current run of form when they head into the decisive final few weeks, whereas Arsenal, who have the edge with a game in hand, have to weather the storm against the likes of Man Utd and Hammers.