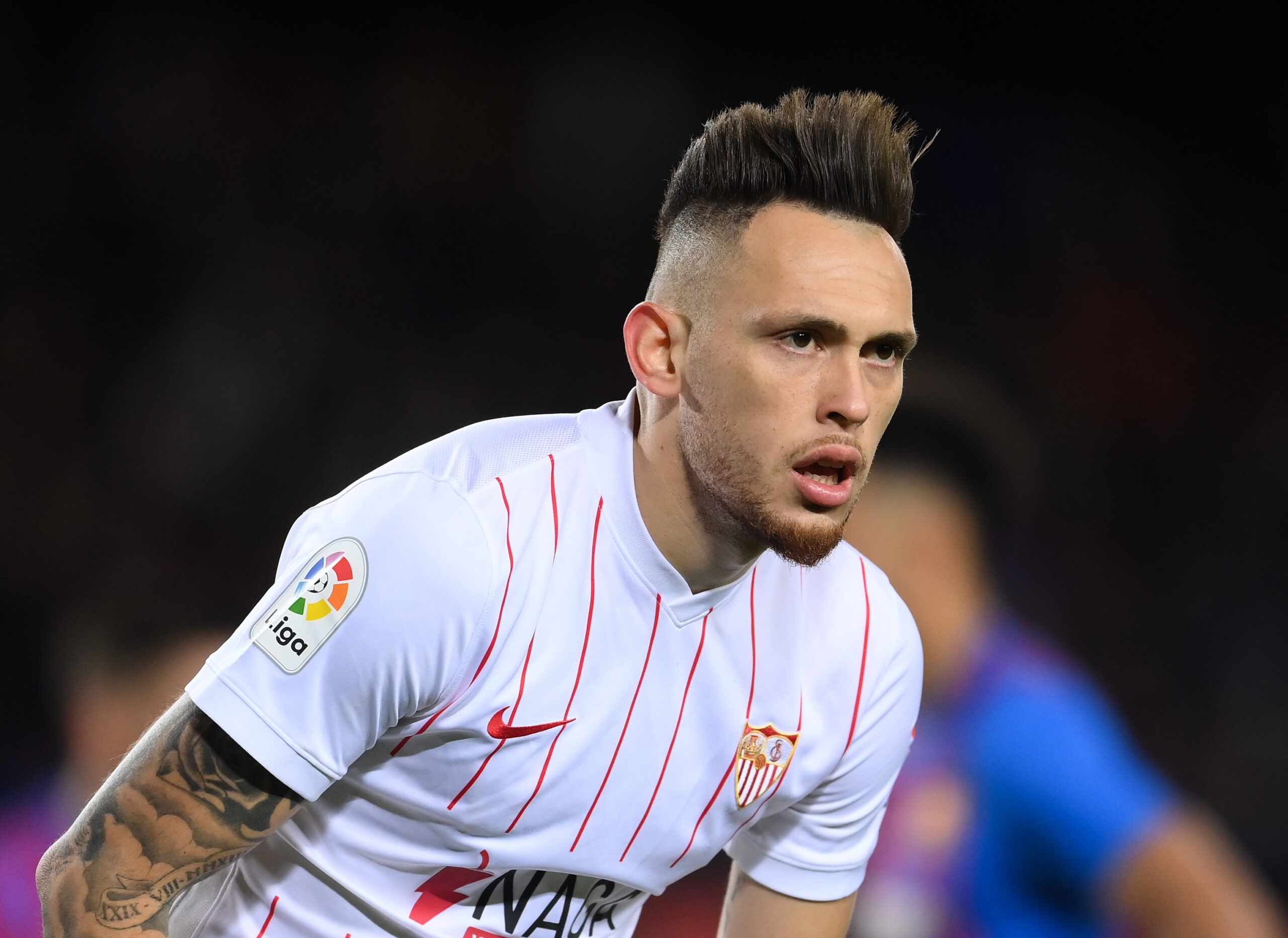 Sevilla winger Lucas Ocampos could be on his way out of the club and is wanted by Premier League outfits West Ham United and Wolverhampton Wanderers, reports Calciomercato.

Ocampos has been far from his best this term, scoring just five times in 25 league outings for Julen Lopetegui’s men, who have now slipped to fourth place in La Liga off the back of Sunday’s 1-0 defeat to Barcelona.

The Argentine is still contracted to Sevilla until 2024 but it seems the Andalusian club could be looking to cash in this summer.

West Ham and Wolves have been touted as possible destinations for Ocampos as the teams continue to enjoy fantastic Premier League campaigns, sitting sixth and eighth respectively in the standings.

The sides are on course to secure European football for next season and will be looking to strengthen their ranks in the upcoming market.

Ocampos has recently faced both Wolves and West Ham with Sevilla as the former suffered a 1-0 quarter-final defeat in the 2019/20 Europa League thanks to a late header from the 27-year-old.

David Moyes’ men, on the other hand, rallied from a 1-0 first-leg loss to claim a 2-1 aggregate victory in last month’s round-of-16 clash.

It remains to be seen whether the clubs would be put off by a £58million release clause, although it is highly unlikely that either of them would be willing to pay such a sizable fee.

Ocampos was linked with a switch to Wolves back in 2020 as a possible replacement for Adama Traore back in the event that the Spaniard left Molineux but a move failed to materialise.