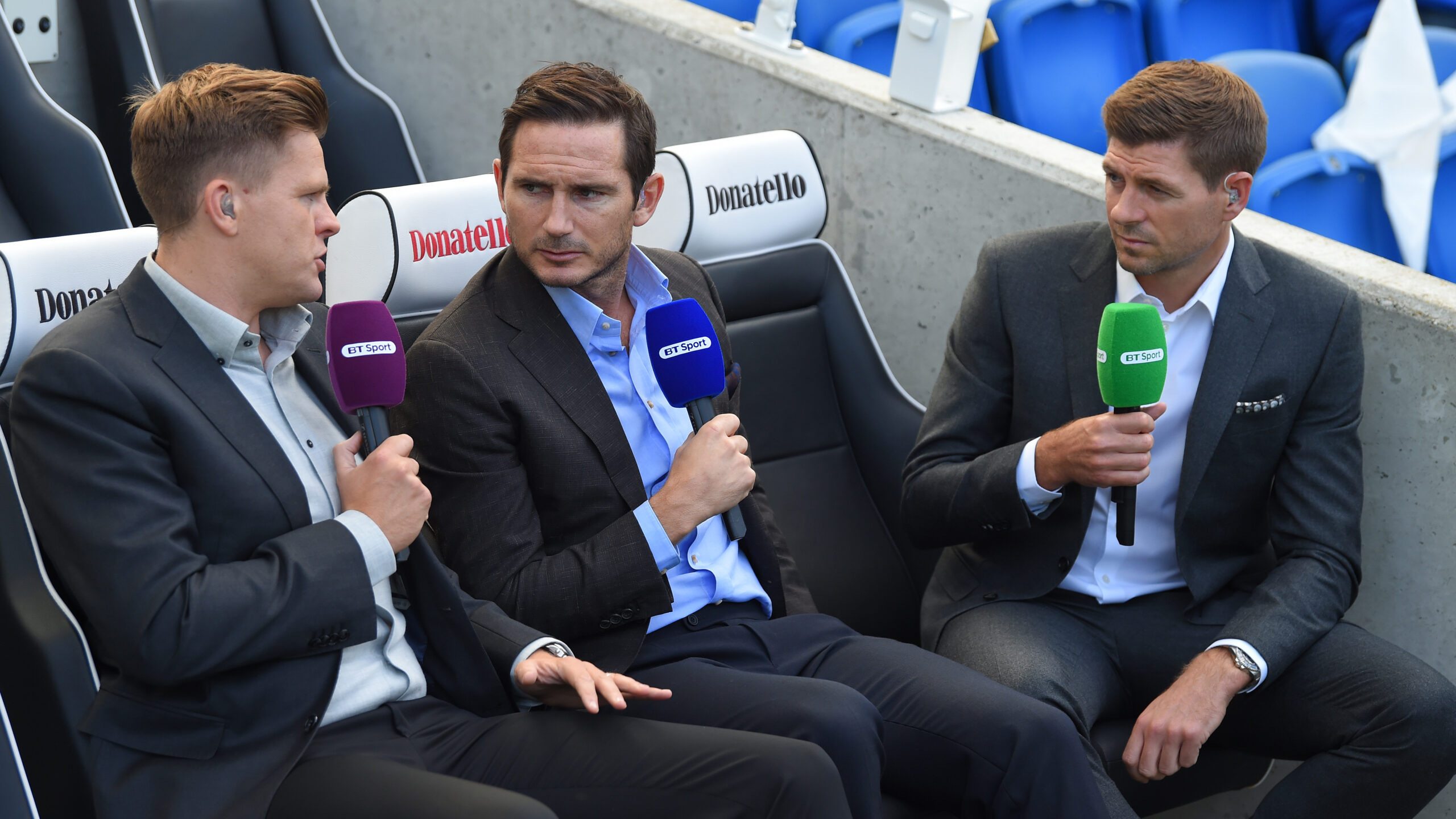 As part of England’s so-called ‘Golden Generation’, Steven Gerrard and Frank Lampard were inextricably linked during their playing careers.

While the pair enjoyed plenty of success at club level, it is fair to say they failed to deliver what was expected of them on the international stage.

Gerrard and Lampard are now part of the managerial ranks, and the jury is out regarding whether either of them will be successful.

Knocking Celtic off their perch in the Scottish Premiership looks nice on Gerrard’s CV, but the former Rangers boss is finding things much tougher in the Premier League.

His prickly attitude in a recent post-match interview with BT Sport’s Des Kelly suggested he is already feeling the pressure of managing in England’s top flight.

Villa’s 2-1 defeat at Wolverhampton Wanderers on Saturday was their ninth loss in 19 games under Gerrard – not a great record by any stretch of the imagination.

With Villa still to play three of the current top four before the end of the season, a bottom half finish is a distinct possibility.

Given how things have gone for Gerrard at Villa to date, talk of him being a potential future replacement for Jurgen Klopp at Liverpool looks rather fanciful.

Lampard’s situation at Everton is even more dire, with the club sitting just one place above the relegation zone.

His inability to organise a defence remains intact, with the Toffees conceding 14 goals in eight league games since he was appointed.

While Everton have games in hand on the teams around them, you would be hard-pressed to confidently predict they will get out of trouble.

A defeat against fellow strugglers Burnley on Wednesday could be disastrous, with their remaining fixtures all potentially tricky.

Quite what possessed Everton to appoint a defensively-inept manager is anyone’s guess, and they may soon live to regret that decision.

The next few weeks will undoubtedly tell us much about whether Gerrard and Lampard have what it takes to succeed as Premier League managers.