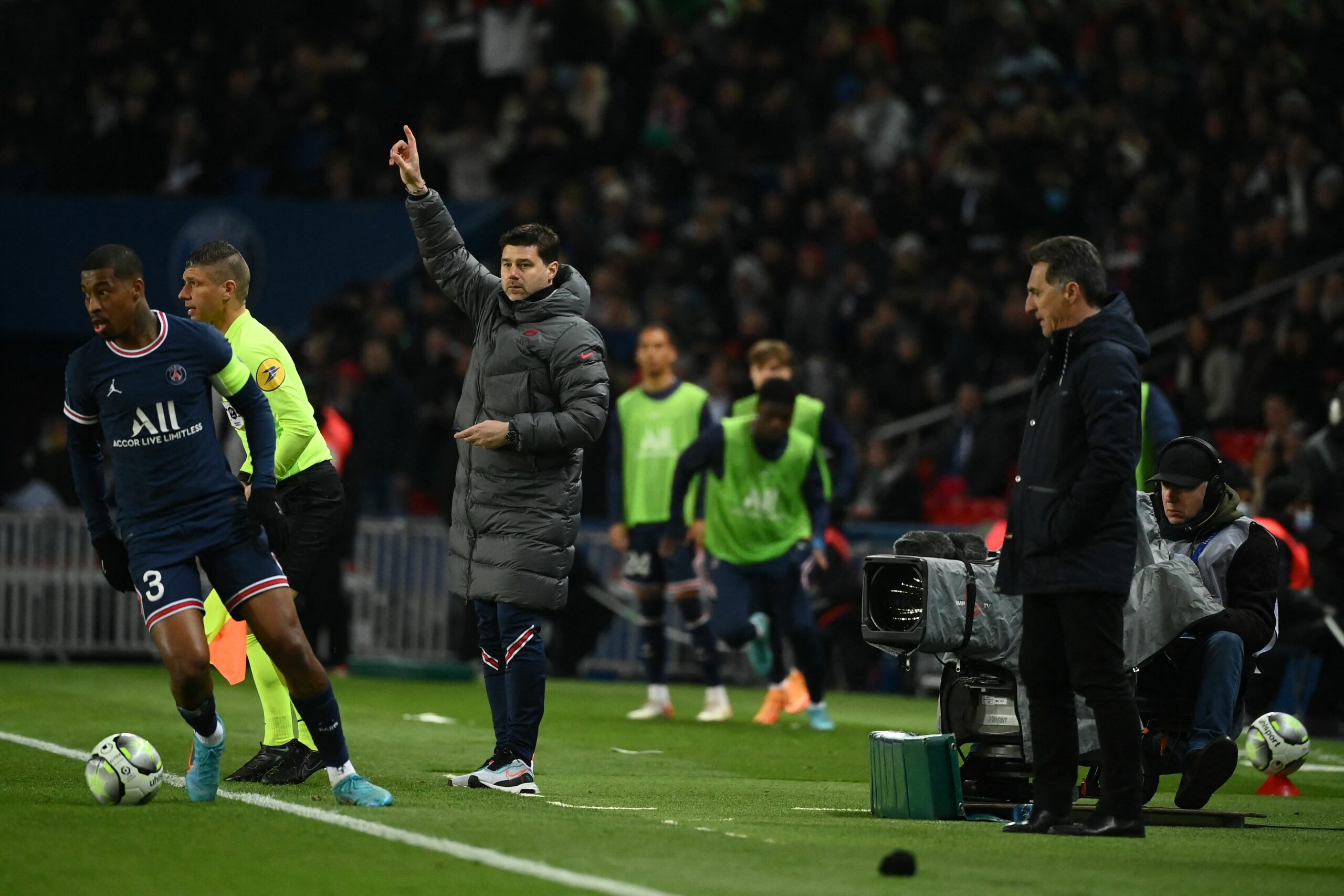 Paris Saint-Germain manager Mauricio Pochettino has refused to weigh in on his future at Parc des Princes amid the speculation that he could leave this summer.

The Argentine boss has found himself in the firing line following PSG’s elimination from the Champions League at the hands of Real Madrid.

Furthermore, the former Spurs gaffer was subject to a hostile reception from Les Parisiens fans during the Ligue 1 fixture against Lorient last night.

It has been reported that Pochettino’s chances of survival are dwindling following the Champions League debacle, although he is contracted until 2023, adding to it, losing the trust of the fans.

Manchester United are said to be the potential suitors for Pochettino as they are on the lookout for a permanent manager.

However, following the 5-1 victory over Lorient, the Argentine gaffer wasn’t in the mood to discuss his future, insisting that he has a year left in his contract.

But Pochettino also added that he would accept whatever decision Les Parisiens’ hierarchy takes for the future.

The former Espanyol gaffer told Foot Mercato: “For the moment, I am not discussing my future with the leaders of the club.

“I have one year left on my contract, but it is important to analyse before making a decision and afterwards, of course, we will also respect the decision taken by the club for the future.

Although Pochettino is on the wishlist of the Red Devils, Ajax boss Erik ten Hag seems to be the most favoured option for the managerial position.

However, United have reportedly planned for talks with the Argentine manager in the coming weeks.