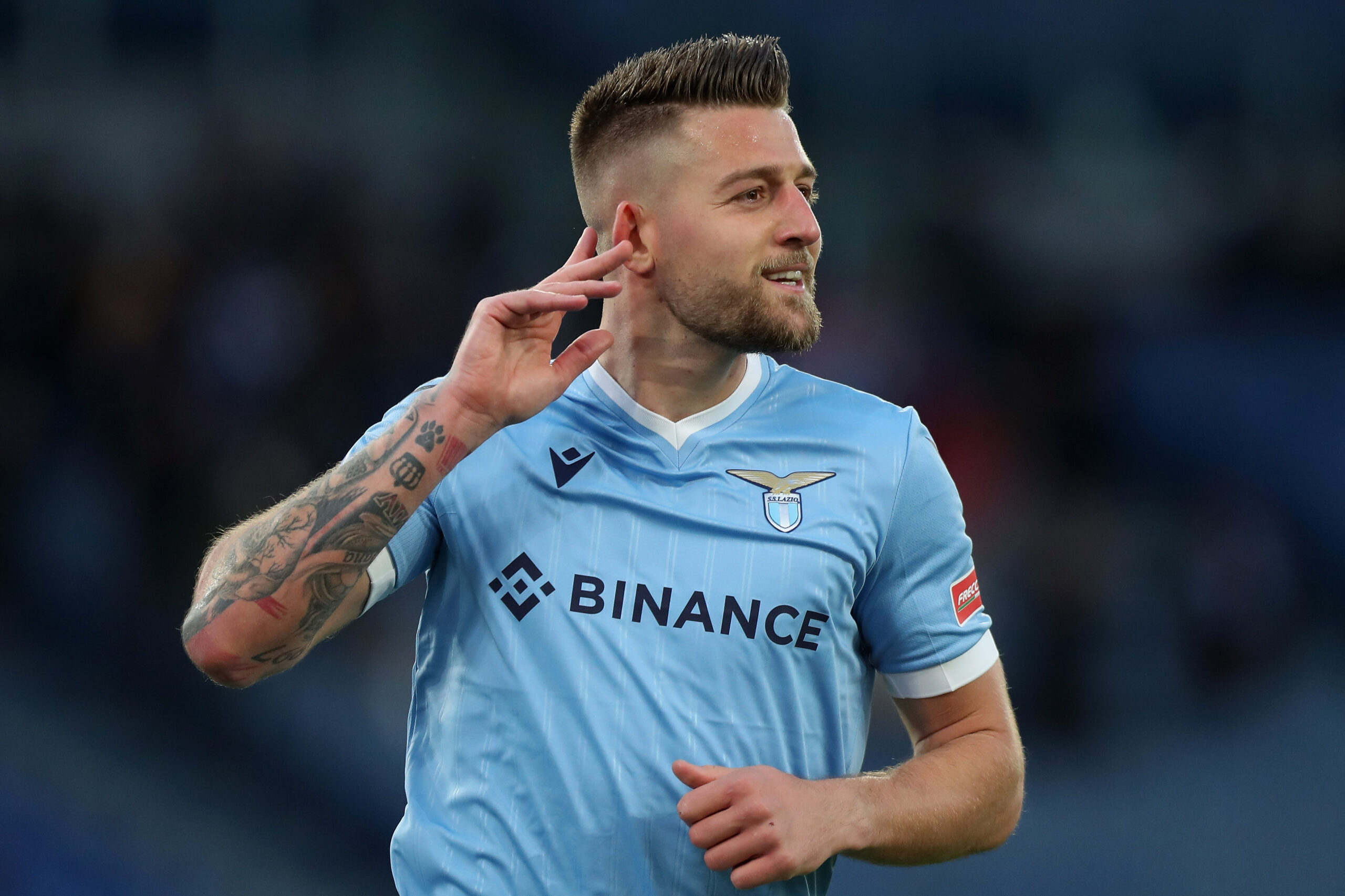 Manchester United are serious about signing Lazio midfielder Sergej Milinkovic-Savic ahead of this summer’s transfer window.

The Red Devils are likely to have a busy summer after what is turning out to be another frustrating campaign in the Premier League.

The club started the season as possible title contenders, but are now languishing outside of the Champions League positions.

A number of players have been fancied to head for the exit door. Among them is midfielder Paul Pogba whose contract expires on June 30.

Milinkovic-Savic has been touted as his replacement, and La Repubblica via Lazionews24 claims that United are now weighing up a bid.

The Serbian has been a long-term target for the Red Devils, and they are reportedly ‘serious’ about signing him this time around.

The Mancunian giants are prepared to make a €60 million offer for the box-to-box midfielder, but Lazio could ask for a higher sum.

Milinkovic-Savic will soon enter the final two years of his contract, but the Serie A outfit are still likely to hold out for around €80m.

Pogba has been a quality central midfielder for United, but he has received a mixed opinion among fans for his inconsistent displays.

With little over three months left on his deal, it seems likely that he will leave on a free transfer.

In Milinkovic-Savic, United may have a potential upgrade as he is defensively more assured and has better statistics in the final third.

The 27-year-old is only a couple of years younger than Pogba, but would be a quality signing for the next five seasons at the least.

While United have their sights on him, they won’t be alone in the pursuit. They may face stiff competition from Paris Saint-Germain.

Milinkovic-Savic has nine goals and 10 assists for Lazio this season. His impressive all-round attributes may attract further interest.