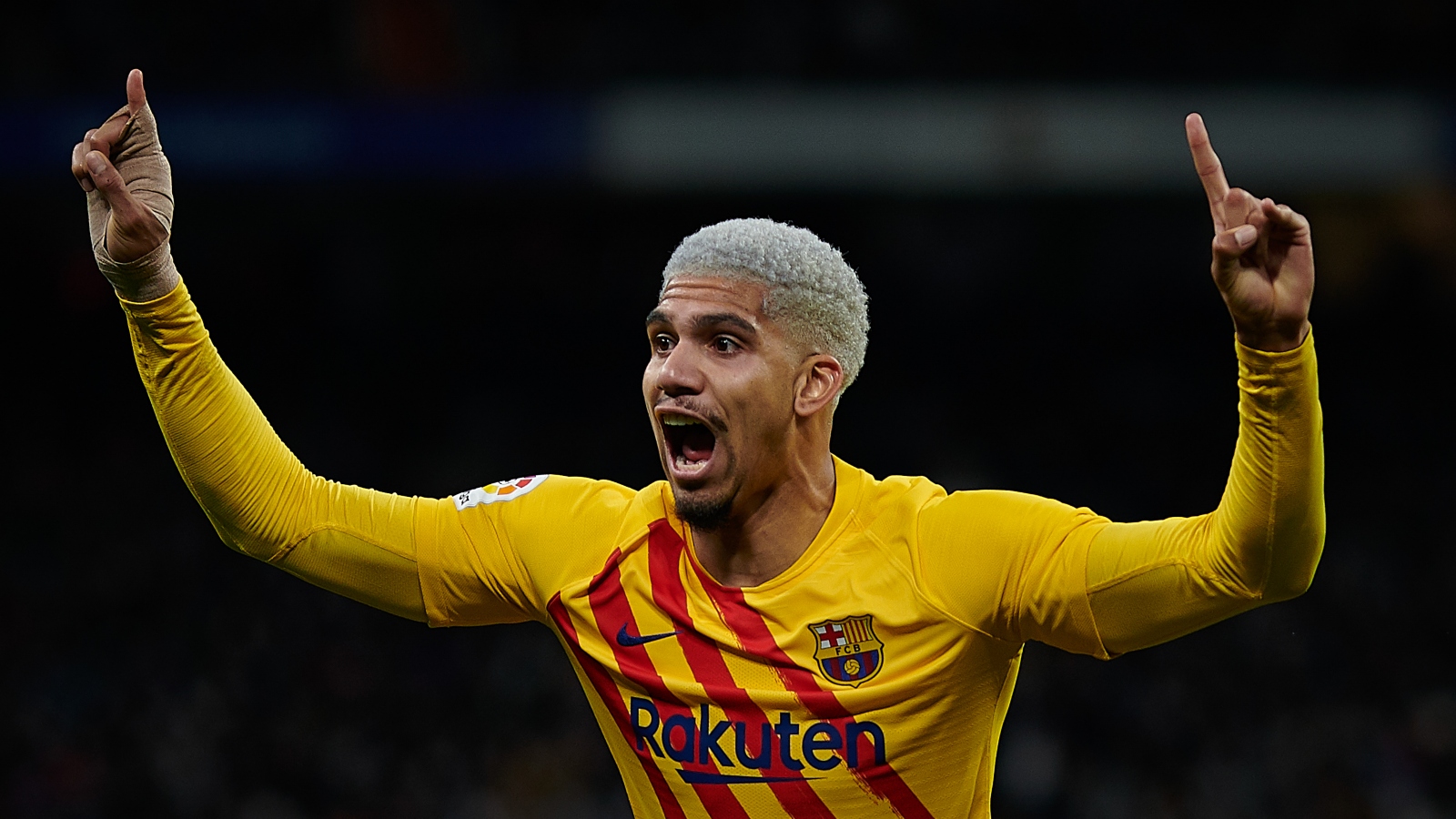 Luis Suarez has reportedly played a crucial role in convincing Ronaldo Araujo to remain at Barcelona, according to Spanish journalist Gerard Moreno.

The defender has established himself as a first-team regular over the last two seasons and his performances of late have seen him linked with a move away from the Camp Nou.

Chelsea, Manchester City and Manchester United have all been credited with an interest in the 23-year-old, whose current deal expires next summer.

Ex-Barcelona man Luis Suarez is thought to have played a major role in persuading the defender to commit his long-term future to the Catalan outfit.

Suarez was at Barcelona when Araujo made his debut and the defender was full of praise for his compatriot after his first senior start.

“I enjoy learning from the great players who play here. I was playing with them on the Playstation a few years ago and now I share a dressing room with them,” he said.

“Luis Suarez has helped me a lot since my debut in the first team. He always helps me and supports me. He gave me a hug before the game and gave me advice about how to play calmly. It’s always important to have the support of your teammates.”

The duo featured for Uruguay over the just-concluded international break as La Celeste booked their World Cup ticket with consecutive victories over Peru and Chile.

Suarez hit 198 goals in 283 appearances across all competitions during his time at Barcelona and it seems the veteran forward still has a soft spot for his former employers as he seeks to help them retain one of their most important players.